By Aiman Turebekova in International on 22 December 2015 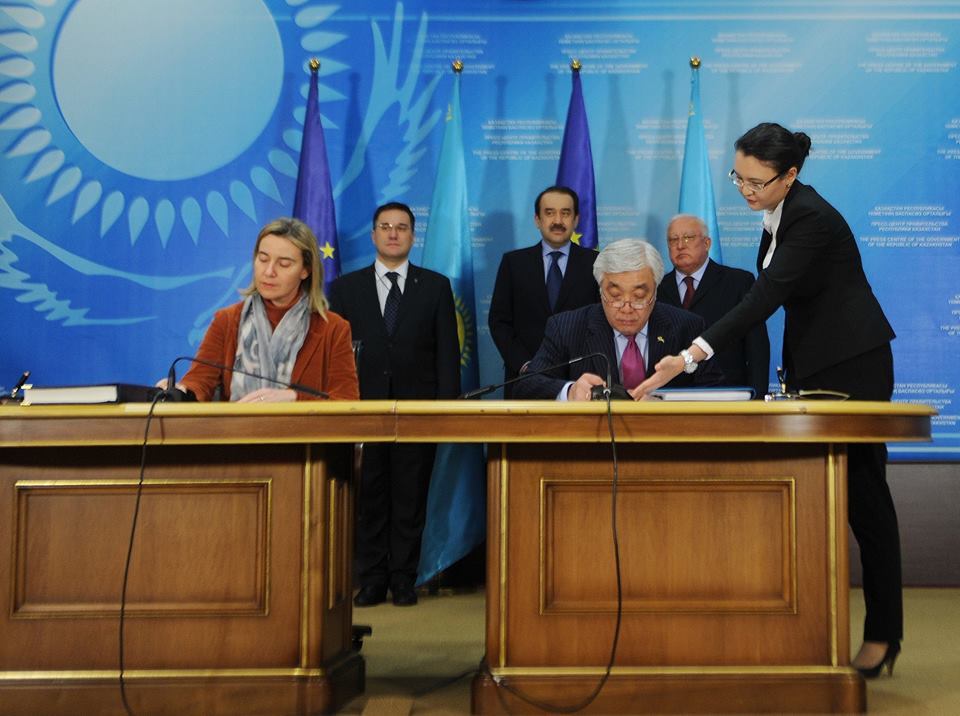 “The new agreement covers 29 areas of cooperation, ranging from political cooperation to investment, trade, infrastructure and areas such as innovation, culture, sports, tourism and law enforcement cooperation,” Idrissov said, speaking to a group of around 100 government officials, ambassadors from European countries and local and foreign media after signing the agreement. He emphasised that the trade section of the agreement attracts attention with its extensive detailson. “In the development and harmonisation of these provisions, Kazakhstan was guided by its earlier commitments to the countries of the Customs Union, the EAEU and our membership in the WTO,” the minister said.

One of the priorities of the agreement is to develop human capital. “Kazakhstan and the EU will enhance cooperation within the framework of educational programmes, research activities, and a framework agreement seizes many opportunities to deepen cooperation in this very important area,” said Idrissov.

“Kazakhstan has become the first of our Central Asian partners to conclude a new generation agreement with the EU,” said EU High Representative Mogherini. “The new agreement will give a significant boost to economic and political ties between the EU and Kazakhstan,” she added.

The agreement places a strong emphasis on democracy and the rule of law, human rights and fundamental freedoms and sustainable development as well as civil society cooperation, Mogherini said.

“Kazakhstan intends to continue and deepen relations with the European Union,” said the Kazakh Prime Minister on Nov. 11 when he took part in the first meeting of the Astana Club, an international platform to discuss Eurasian region issues.

The EU and Kazakhstan signed the protocol on the completion of EPCA negotiations on Oct. 9, 2014 in Brussels in a ceremony that included European Commission President Jose Manuel Barroso and Kazakh President Nursultan Nazarbayev.

“I hope that today’s meeting will lead to closer cooperation within Central Asia and between Central Asia and the EU in the spheres of trade, education, environment as well as in other areas,” said the Kazakh Foreign Minister.

He also reminded the guests about significant events of 2015, such as the formation of the Eurasian Economic Union, the Iran nuclear deal, the climate change deal, the adoption of the Sustainable Development Goals, the Paris terrorist attacks, the Russian-Turkish incident, the Syrian civil war and the migrant crisis in Europe. “All of these reflect the current state of play in global and regional politics and require our joint work, including in our region,” said Idrissov.

The ministerial meeting’s agenda included two sessions on cooperation. During the first session, according to Idrissov, the sides discussed pressing international issues, including the growing threat of terrorism and religious extremism, as well as the increase of migratory flows. “We managed to have a productive discussion on possible ways to cooperate in order to find solutions to these common challenges,” he added.

According to Idrissov’s statement to the media, the basis of the discussion was a new strategy for the EU for Central Asia, which means deeper cooperation in multiple areas, such as education, institution building, trade and investment, security of the region and fighting terrorism. The budget of the new EU strategy has been more than doubled to 1 billion euros.

“The sides agreed that the new European strategy is valid, and it has an efficient document. A special focus of the strategy is the field of education. We will make all efforts to bring our people closer. Next year, we will meet in Brussels and will discuss what has been done in implementation of this strategy, Idrissov said at the press briefing following the meeting as he gave the floor to Mogherini. 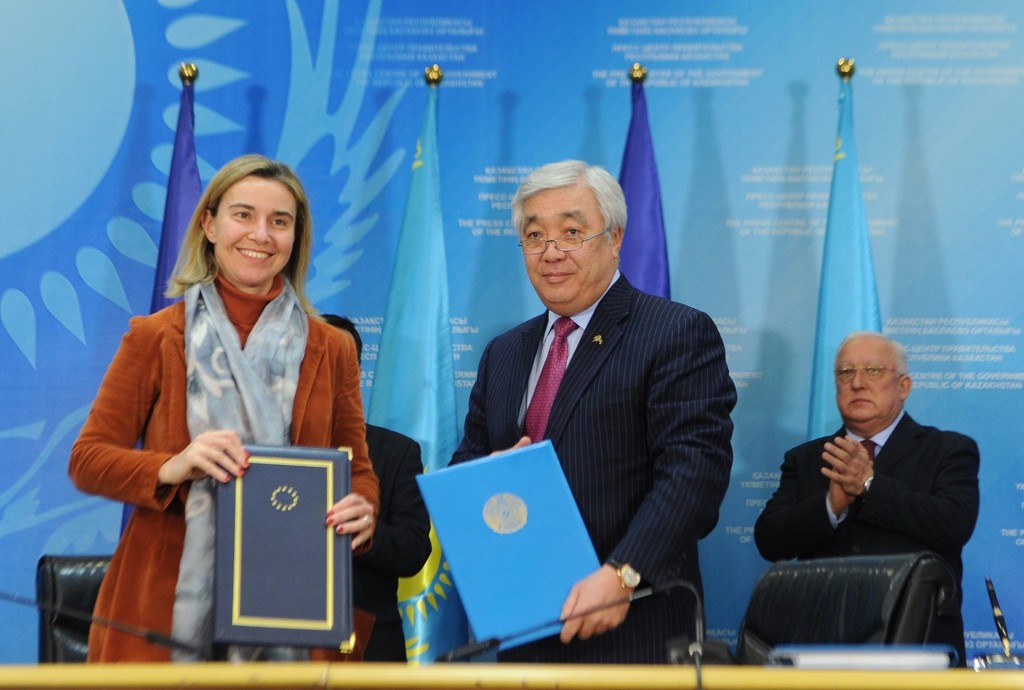 “This is the 11th ministerial since the EU Central Asia Strategy was adopted in 2007. It is also my first EU-Central Asia Ministerial meeting and it is the first meeting we have had since the revised strategy was adopted this past summer: adopted not just as a document, not just as a paper, but as a strong sign of political investment by all EU member states, by all European institutions, to the fact that we want to invest in a strategic partnership, in a strategic relationship with Central Asia,” said Mogherini.

She also emphasised that Central Asia and the European Union can benefit from enhanced cooperation in education, the environment, energy, trade and investment as well as security cooperation and stability and countering radicalisation.

“We have discussed concrete options for countering terrorism and security cooperation and also some ideas on how to work together on one regional issue – that is also a high priority for the European Union – which is the situation in Afghanistan and how to continue to keep Afghanistan high on the international agenda,” said Mogherini.

Speaking about current economic challenges, especially with the drop in commodities prices, the EU High Representative explained that diversification and investments, especially in human capital and the innovation sector are necessary. Mogherina also highlighted the role of democratisation, which is, according to her, important for a strong society and its security.

During the sessions, the Kazakh Foreign Minister drew special attention to the reforms of Kazakhstan and to the recent 100 Concrete Steps domestic initiative of President Nazarbayev, called Plan of the Nation, to implement five institutional reforms. He also shared that Kazakhstan in the framework of the Nurly Zhol economic programme is developing transport infrastructure to link Central Asia with the rest of the world.

The previous EU-Central Asian Ministerial meeting was held in Bishkek in 2013, where participants discussed the implementation of the EU-Central Asia Strategy adopted by the European Council in 2007 as well as EU assistance for sustainable economic development in Central Asia and other regional issues.