By Kamila Zhumabayeva in Sports on 21 December 2015 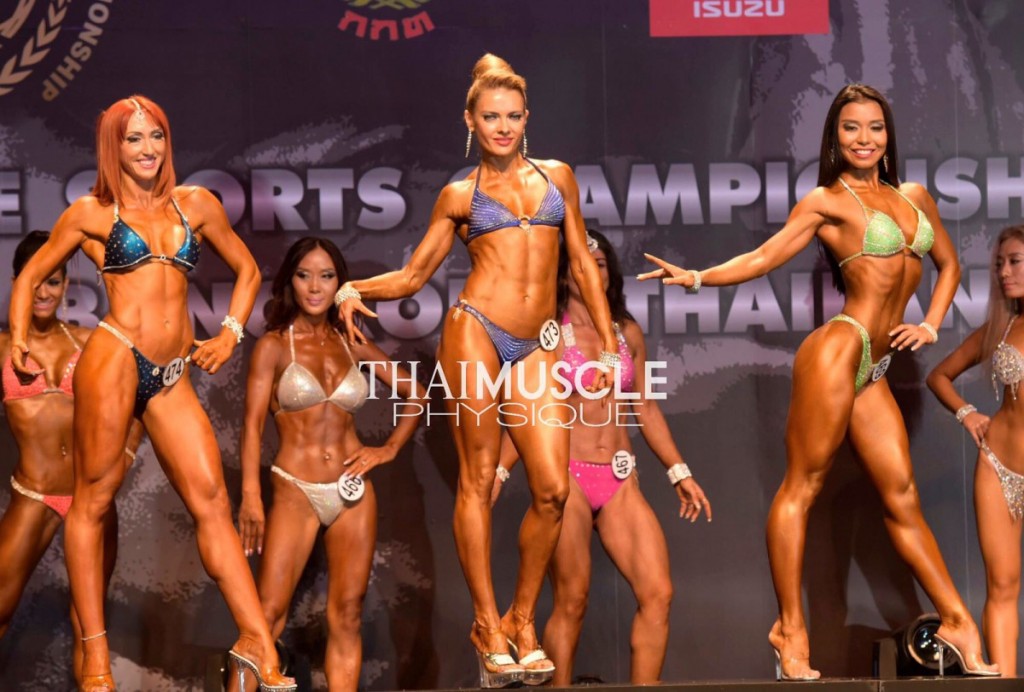 It was just the fourth appearance onstage for Nurbekova. There were 16 participants in her category. Nurbekova beat a Hungarian athlete but fell to a Thai athlete, according to the website.

Nurbekova considers her performance excellent. After a long maternity leave, the Kazakh athlete got straight onstage without missing a single championship and even performed on the world stage without previous experience of public performances, especially in a swimsuit.

“The training was difficult, but my coach Kairat Syzdykov is a real professional who helped me in everything. How my coach assesses my performance is the most important thing for me,” Nurbekova said. “For him, I was best in all criteria and this was important for me. I have received great pleasure from performing on such a big stage and went home in a good mood.”

She has been practising bodybuilding for two years and only in the last year began to compete professionally. 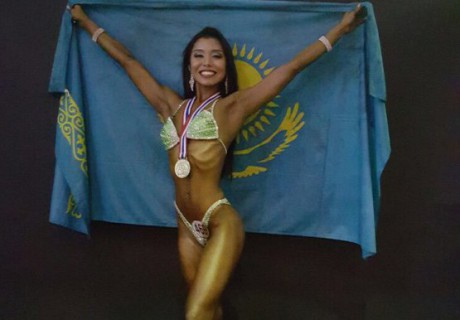 Nurbekova has already had several big victories. She won silver in Kazakhstan’s Bodybuilding and Fitness Federation Cup in November 2014, gold in the Open Championship of Kazakhstan and Central Asia, became an absolute winner (first place among all champions) and vice-champion of all of Asia, Tengrinews reported.

“Around the world, bodybuilding is the most trendy sport at the moment. I became very attracted to it and was lit up to perform. That’s why I came to [Syzdykov], hoping that he would notice me and lead to heights of this sport. So it happened. In the first minute he noticed my potential,” Nurbekova said, according to Vesti.kz.

According to her, during that time they became more than coach and student, but also close friends and a united team.

“As I remember, a year ago I came home joyful and told my husband that the coach noticed me, and like that, I began my journey into the sport,” Nurbekova said. “While still preparing for my first tournament, coach said that I had a great future in the sport if I do not give up and that he will make me a champion.”

She expressed being very grateful to her coach and their federation for the opportunity to compete in the championships, Vesti.kz reported.

Nurbekova says she will never give up sport. According to her, after an eventful, competitive year, she wants a little rest and to devote her time to her family.

“I have a three-year-old daughter who is very proud of me and always tells everyone that her mother is a champion and that when she grows up and becomes a mother, she will also have medals,” she shared.

“I am generally very fortunate in life. My husband and I have wonderful parents who support us always and in everything. I’m married to the best man and we have a beauty for a daughter! I am grateful to God for everything I have, I am a happy person!” Nurbekova added.