Kazakhstan’s national weightlifting team came in third in the medal standings of the International Weightlifting Federation World Weightlifting Championship in Houston on Nov. 20–28. Also, for the first time, Kazakh athletes won a full set of licenses for the Olympics – six men and four women – and are going to be represented in full strength at the Rio Summer Olympics in 2016. 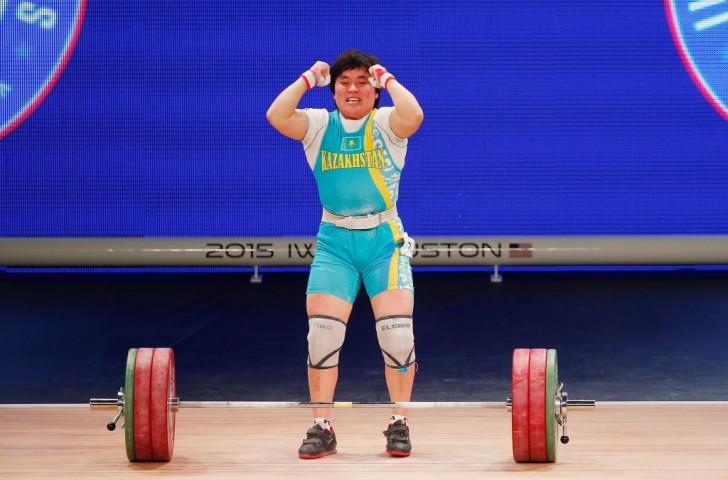 Zhazira Zhaparkul lifts for silver in the 69 kilos category at the World Weightlifting Championship in Houston, TX. Photo: Getty images.

Kazakhstan brought home a total of five medals from Houston: two gold, two silver and one bronze. Their result was beaten only by Russia, with three gold, three silver and three bronze, and China, with six gold and three silver.

Gold medals were won by Alexander Zaichikov, who became the new world champion in the 105 kilogrammes category, and Nizhat Rakhimov, who won the 77 kilos category. Almas Uteshov won the silver and Zhasulan Kydyrbayev picked up the bronze in the 94 kilos category. The only medal for the women’s team was won by Zhazira Zhaparkul, who lifted for silver in the 69 kilos category.