By Malika Orazgaliyeva in International on 16 December 2015 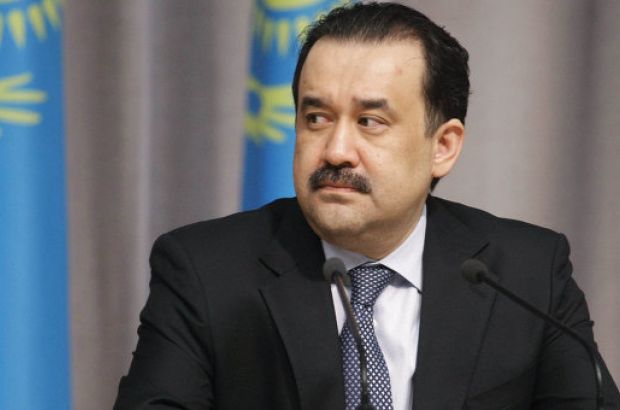 Following the conference, the sides signed a package of bilateral commercial documents totalling more than $10 billion. The agreements included memorandums of cooperation between Kazakhtelecom and China Telecom Global, KazMunayGas and Sinopec and Kazakhstan Petrochemical Industries Inc. and China National Chemical Engineering Co. An agreement on construction of an integrated gas and chemical complex in Atyrau region and a memorandum of understanding between Central Asia Gold Corp. and Shenyang Lianli Copper were also inked.

Addressing the event, Massimov said KCBC, established at the initiative of the two heads of state, is becoming an effective dialogue platform for the Kazakh and Chinese business communities.

He noted significant results were achieved in trade and economic cooperation, as well as good neighbourly relations between the two countries.

During the visit, Massimov held a meeting with Chinese Premier of the State Council Li Keqiang.

“This year has been full of mutual visits at the highest levels, thanks to which our bilateral relations entered a new stage of strategic partnership. We appreciate a high degree of trust and understanding between our countries,” he added.

In turn, Li expressed China’s interest in deepening a mutually-beneficial partnership on the entire spectrum of bilateral relations.

The negotiations resulted in the signing of several documents, including a joint statement of the heads of government, a programme of cross-border Kazakh-Chinese cooperation for 2015-2020 and a draft agreement between the two governments on the procedure of issuing visas for business purposes.

Massimov also met with Government of Jiangsu Province Chairman Shi Tayfen. The interlocutors discussed prospects to continue expanding cooperation in trade, economy, transport and logistics and in particular increasing traffic flow through the Kazakh-Chinese logistics park at the port of Lianyungang.

After the meeting, Massimov became acquainted with the park’s work and launched the first container train shipment on the Lianyungang-Kazakhstan-Russia-Belarus-Duisburg, Germany route.

China General Nuclear Power Corp. also inked a deal with Kazatomprom to build a nuclear fuel assembly plant and mine uranium deposits in Kazakhstan, reported ecns.cn. Cooperation between the firms on uranium development and nuclear fuel fabrication was initiated in 2006 and they have a joint venture in uranium mining.

According to Reuters, China Energy Company Ltd. also agreed to acquire 51 percent of a KazMunayGas unit that mainly owns refinery and fuel assets in Europe. The agreement was part of a package worth $4 billion signed in Beijing for oil and gas, telecommunications and nuclear power and other sectors, with China looking to ramp up business with its resource-rich Central Asian neighbour.