By Altair Nurbekov in International on 4 December 2015

VIENNA – Kazakh Foreign Minister Erlan Idrissov continued his country’s public campaign aimed at promoting a framework of mutually beneficial cooperation within Central Asia and with its outside partners as he addressed a think tank gathering in Vienna Dec. 2. 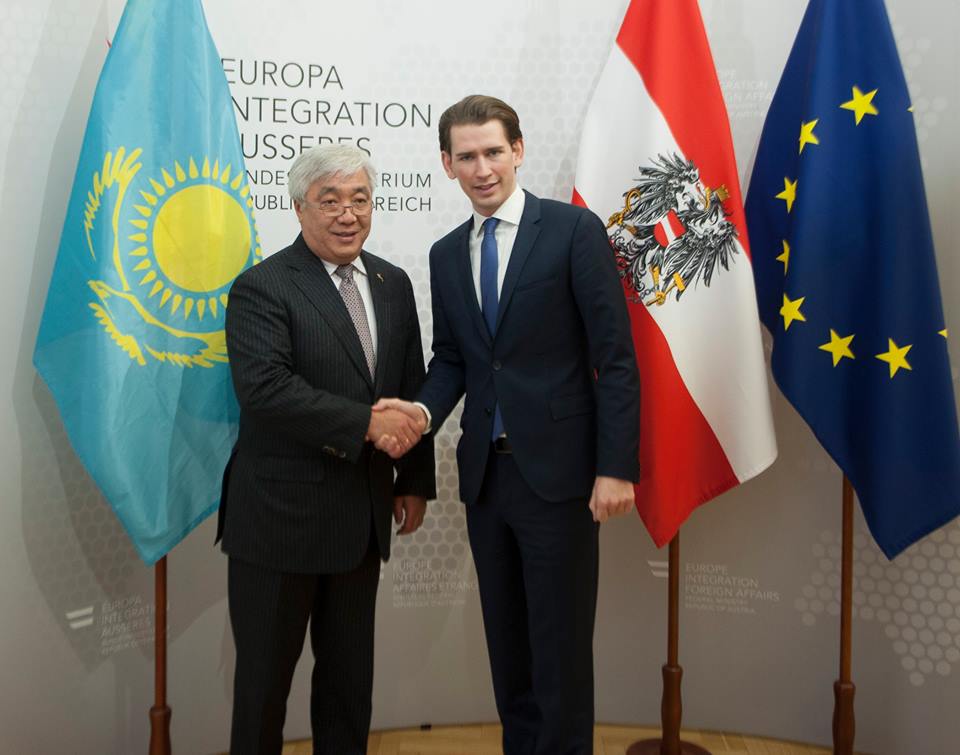 Idrissov participated in the second annual meeting of the Advisory Council of the Eurasian Council on Foreign Affairs (ECFA) Dec. 2, delivering a wide-ranging foreign policy address. He focussed on developments in Central Asia in recent months and outlined Astana’s vision of a region determining its own future and ensuring its security and sustainable development in partnership with key outside players including the European Union.

Addressing the audience, Idrissov highlighted the symbolism of the meeting coinciding with the anniversary of the Vienna-based Organisation for Security and Cooperation in Europe’s (OSCE) 2010 summit in Astana.

“It was five years ago exactly that Kazakhstan marked its unprecedented chairmanship of the OSCE with the adoption of the Astana Commemorative Declaration, in which leaders from around the world committed themselves to a ‘vision of a free, democratic, common and indivisible Euro-Atlantic and Eurasian security community stretching from Vancouver to Vladivostok, rooted in agreed principles, shared commitments and common goals,’” he said.

According to Idrissov, the Astana Declaration “is more relevant now than ever, as we see crises in international relations that make the need for better understanding and more robust and trustful dialogue among all countries in Europe and Eurasia even more dire.”

The Kazakh minister said that in recent weeks, Central Asia has found itself at the forefront of international diplomacy. Recent weeks have seen historic visits to all five Central Asian states by Japanese Prime Minister Shinzo Abe and U.S. Secretary of State John Kerry to discuss matters of bilateral importance and reaffirm the global powers’ interests in the region, he said.

“Far from being at the centre of a re-run of the Great Game, Kazakhstan is, if you like, at the heart of what could be a Great Gain for all in terms of regional and global stability and prosperity and is adamantly promoting this vision for all to embrace,” Idrissov noted, a message he has repeated over the past few weeks. 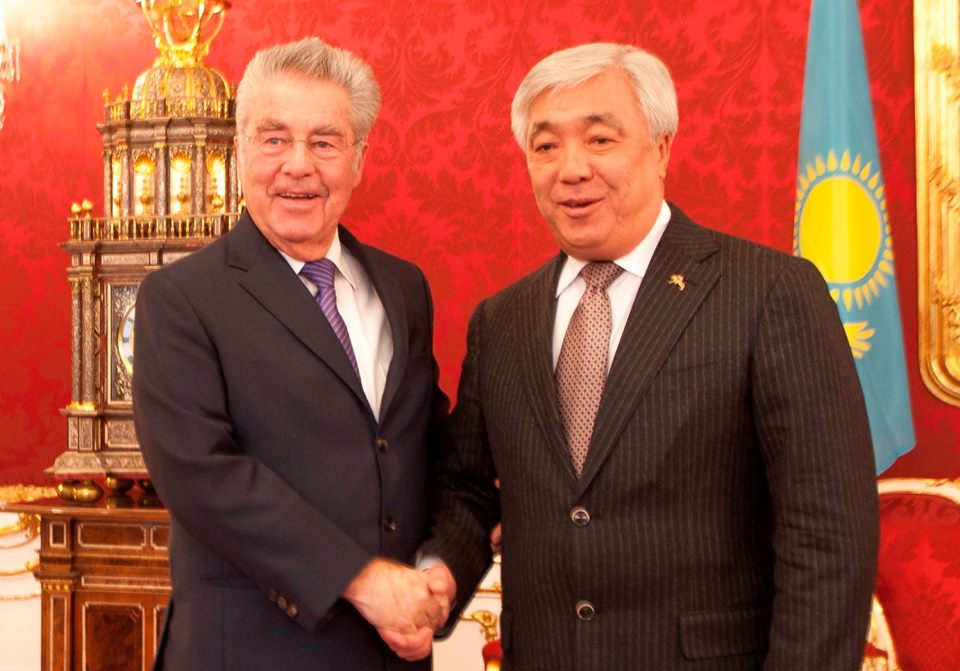 Idrissov noted the success of recent official visits by President of Kazakhstan Nursultan Nazarbayev to the United Kingdom and France, where he met with world leaders in the context of Kazakhstan’s accession to the World Trade Organisation, which became effective Nov. 30.

Further highlighting the growing ties between Central Asia and the EU, Idrissov said Kazakhstan is about to sign an Enhanced Partnership and Cooperation Agreement with the EU on Dec. 21.

“One thing is for sure – the European Union should seek to meet this new reality head-on and build bilateral ties with the countries of Central Asia that can help develop both our regions to the best of our abilities and resources. This is why the work of the ECFA and your valuable contribution in participating in this organisation as members of its advisory council, are so important,” the Kazakh minister said.

Idrissov continued, saying that Kazakhstan has built good relations and strong economic ties with big and small countries, stressing close links with Russia, China and Europe. In his view, this is not an accident but the result of the country’s multi-vector foreign policy.

“Our economic progress – which has seen our GDP rise 19-fold since independence – is also based on being open to trade, investment and ideas. This commitment continues, which is why, in the last year, we have helped found the Eurasian Economic Union and become full members of the WTO,” he said.

Idrissov reported that Kazakhstan has helped Western powers implement the Istanbul Process and repatriate military equipment from post-war Afghanistan. “It is crucial that there should be peace in Afghanistan and this is an issue that, as you can imagine, occupies much of our time,” he underlined.

In the words of Idrissov, Central Asia is playing a growing role in the international community’s fight against terrorism, having hosted several counter-terrorism conferences and assisted in the development of policies to eliminate extremist factions from the region.

“We, in Kazakhstan, were deeply shocked by a recent spate of deadly terrorist attacks in Beirut, Mali, Paris and on a Russian airliner over Sinai. We expressed our firm position denouncing terrorism in all forms and manifestations and called for the international community’s unity in fighting this scourge,” he said.

Idrissov underlined the peaceful approach that Kazakhstan would seek to advance as a nonpermanent member of the United Nations Security Council in 2017 – 18 in case the county’s bid to join the council is successful.

“The four main pillars of our bid – food security, water security, energy security and nuclear security – illustrate our commitment to the peaceful resolution of the main challenges facing Europe and the world today, before these issues become intractable bones of contention or even unsolvable,” he said.

He explained Kazakhstan’s initiative to establish an Islamic Organisation for Food Security (IOFS) under the aegis of the Organisation of Islamic Cooperation next year in Astana.

Idrissov also mentioned that the focus of the upcoming EXPO 2017 exhibition in Astana is “Future Energy” and will display the work of many EU nations and participants.

He said that Kazakhstan voluntarily renounced its arsenal of more than 1,400 nuclear warheads after gaining independence. Now, the country is a leading campaigner for nuclear disarmament worldwide. “A world without nuclear weapons should be the main goal of humanity in the 21st century,” he said, crediting President Nursultan Nazarbayev.