By Staff Report in Culture on 3 December 2015 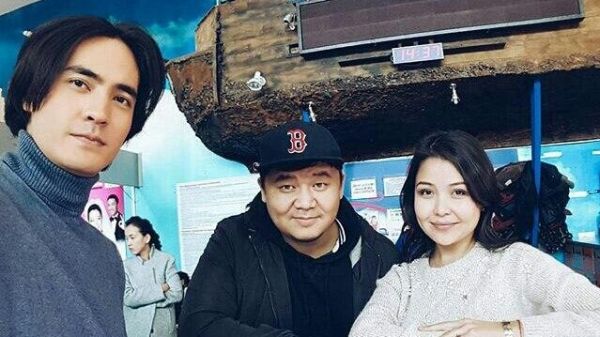 The movie is being filmed in collaboration with actress and producer Assel Sadvakassova. Bisembin has previously directed “Wedding for Three” and “Adel.”

According to Bisembin’s interview with Brod.kz, the film is about a lonely 30-year-old woman named Anel (to be played by Assel Sadvakassova) who works in a bank. At this age, the woman has to endure endless questions from relatives, friends and acquaintances about when she will finally get married.

“The film starts with the wedding of the main character’s close friend Elya (Adel Orazalinova), where Anel is a bridesmaid once again. When Anel’s birthday comes, everyone suddenly forgets about it; they are busy with their family affairs and problems. The last straw was the marriage of her former boyfriend Talgat (Talgat Kenzhebulatov) to a young but not very smart girl. Upset, Anel decides to commit suicide. Lost in her thoughts that nobody needs her and no one will notice her absence, she comes to a park and takes pills. So when it seems that her life is over, Anel meets the guy of her dreams, Dastan (Sanzhar Madiyev). The guy mistakenly takes Anel for another girl with whom he communicated on the web. In the hospital, Anel’s friends encourage her to impersonate the web girl. Her friends did not know that Dastan and that girl had a list of things that they agreed to do together. From that moment, a series of great follies starts, where Anel has to constantly deceive and wriggle and do everything she can to stay with Dastan,” said Bisembin.

“We wanted to write a script in the style of Bridget Jones. But I think our film is more dynamic and more eventful. However, ‘Marriage at 30’ is not a parody of the British film. Our story is original enough,” Bisembin said.