By Malika Orazgaliyeva in International on 11 December 2015

ASTANA – Kazakhstan became an official host state for the International Science and Technology Centre (ISTC) as of Dec. 9, when the agreement on the continuation of ISTC activities in Kazakhstan was signed by Kazakh Minister of Education and Science Aslan Sarinzhipov, the Foreign Ministry of Kazakhstan reported. The ISTC headquarters will be located at Nazarbayev University. 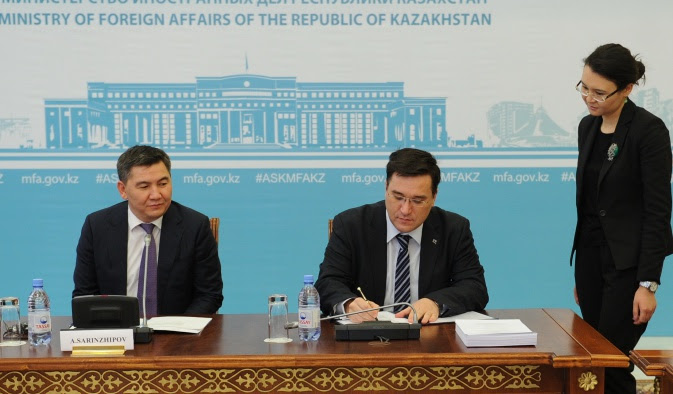 The ISTC is an intergovernmental organisation that includes 38 states. It was first established in Moscow by international agreement in November 1992 as a non-proliferation programme. According to the organisation’s website, the ISTC coordinates the efforts of numerous governments, international organisations and private sector industries, providing former weapons scientists (FWS) from Russia and the Commonwealth of Independent States (CIS) with new opportunities for sustainable, peaceful employment.

The current funding parties to the ISTC are the United States, the European Union, Japan, Norway and South Korea. Armenia, Georgia, Kazakhstan, the Kyrgyz Republic and Tajikistan are also parties to the organisation. Kazakhstan became an ISTC member in 1995.

ISTC activities fall into two broad categories: research projects, which employ FWS in the development of new science and technology; and supplemental programmes, which include workshops and other events to integrate FWS in global science and technology and industrial communities and training. In the 20 years of its existence, more than 70,000 FWS in more than 760 research institutes spread across the CIS and Georgia have been engaged in ISTC projects and activities, the website reports.

According to the Kazakh Ministry of Foreign Affairs, in 2015, 70 projects worth $18 billion were implemented through the ISTC. Supplemental programmes worth $2.5 million were also implemented, including chemistry, biology, radiology and nuclear research projects and work on energy efficiency using nanotechnologies, health care, solutions for contaminated areas of nuclear waste landfills and development of uranium mines.

The ISTC pays special attention to scientific and technical support of projects in of seismic monitoring and predicting seismic activity in ISTC member states. In particular, in the aftermath of the Fukushima accident in Japan, ISTC environmental and public health projects were used in dealing with its consequences.