By Altair Nurbekov in International on 3 December 2015

VIENNA – Minister of Foreign Affairs of Kazakhstan Erlan Idrissov held a number of bilateral and multilateral meetings and took part in the second annual meeting of the Advisory Council of the Eurasian Council on Foreign Affairs (ECFA) during his working visit to Vienna Dec. 2. The date of the meeting coincided with the fifth anniversary of the Astana summit of 2010 which capped Kazakhstan’s chairmanship of the Vienna-based Organisation for Security and Cooperation in Europe (OSCE) and was noted by the adoption of the Astana Commemorative Declaration. 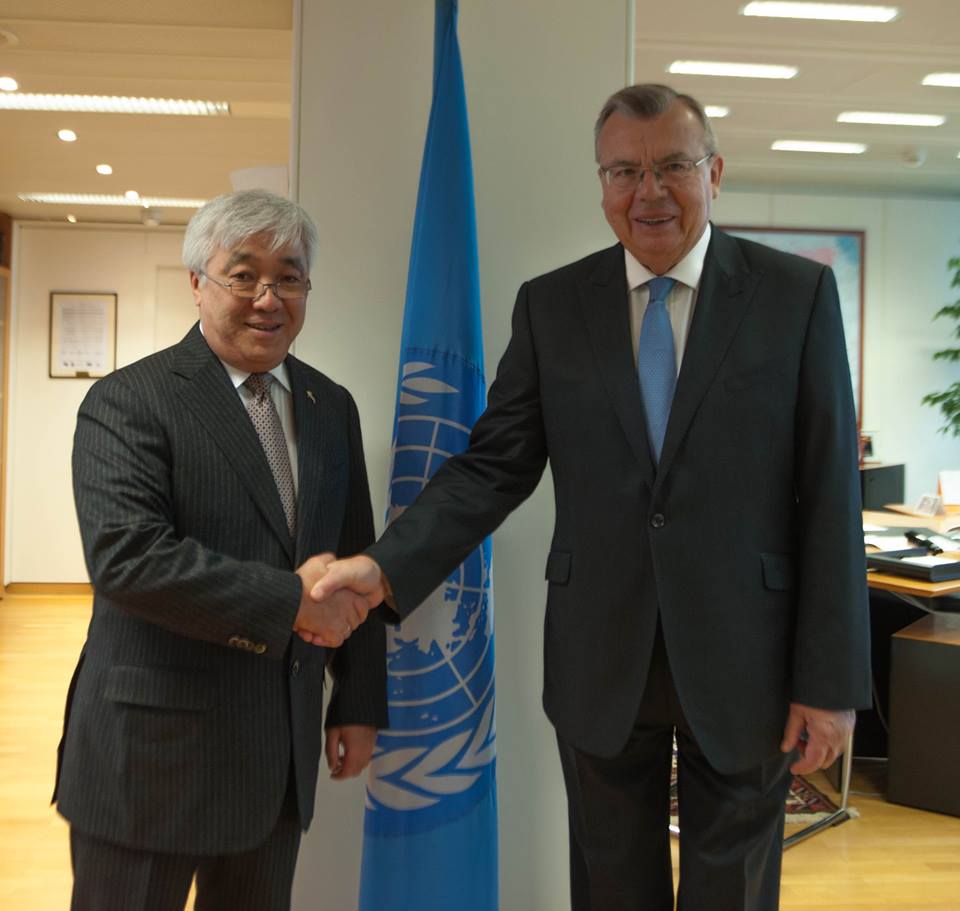 The visit’s programme started at the UN offices in Vienna where Idrissov first met with UN Deputy Secretary General and Executive Director of the UN Office on Drugs and Crime (UNODC) Yury Fedotov. The parties discussed cooperation between Kazakhstan and the UNODC, the fight against corruption, revitalisation of the Central Asian Regional Information and Coordination Centre for Combating Illicit Trafficking of Narcotic Drugs, Psychotropic Substances and their Precursors (CARICC), as well as the initiatives of Kazakh President Nursultan Nazarbayev announced at the 70th session of the UN General Assembly.

At the meeting with Director General of the International Atomic Energy Agency (IAEA) Yukiya Amano, the sides discussed implementation of the agreement between Kazakhstan and the IAEA on the establishment of a bank of low-enriched uranium (LEU) signed in August in Astana. 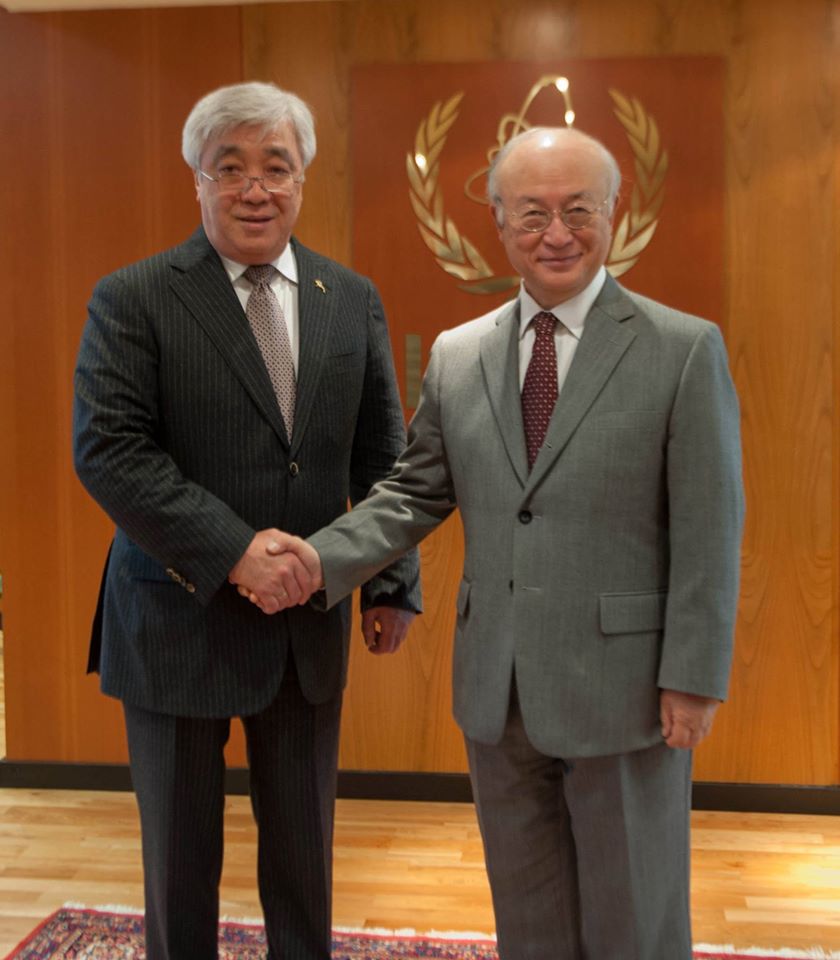 Then Idrissov and Director General of the UN Industrial Development Organisation (UNIDO) Li Yong oversaw the signing of an administrative agreement between the government of Kazakhstan and the organisation on targeted contributions to the Industrial Development Fund. They also discussed the possibility for UNIDO to participate in the development of vocational training in Kazakhstan, an area in which it has extensive expertise, in light of President Nazarbayev’s announcements in his state of the nation address on Nov. 30. In addition, Idrissov and Li visited a photo exhibition dedicated to the coming EXPO 2017, which was organised in the framework of Vienna General Conference of UNIDO. 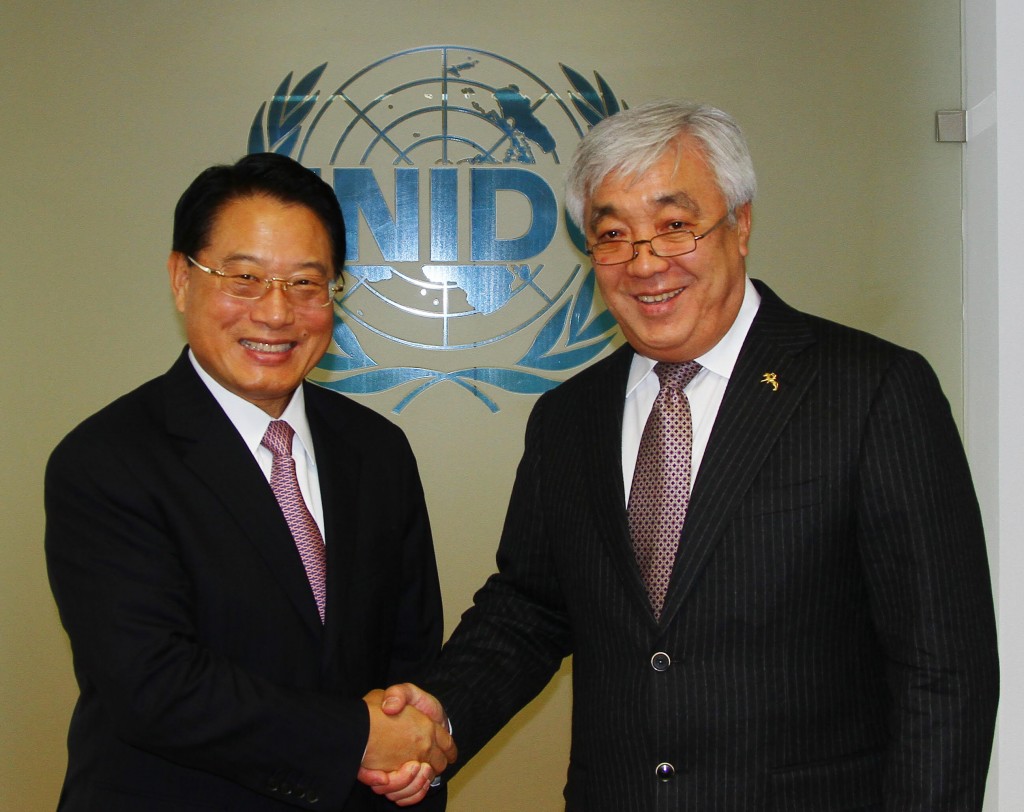 During the meeting between Idrissov and Executive Secretary of the Comprehensive Nuclear-Test-Ban Treaty (CTBTO) Preparatory Commission Lassina Zerbo, the plan of actions of Kazakhstan and Japan in the framework of their co-chairmanship in the Article XIV Conference on the CTBT was reviewed.

The sides stressed that relations between Astana and Vienna are developing fruitfully, noting that Kazakhstan is interested in advanced Austrian technologies and know-how, whereas the Austrian side is interested in the supply of Kazakh energy resources.

Fischer praised the cooperation between Kazakhstan and Austria, as well as the initiatives of Nazarbayev to strengthen international security and ensure sustainable economic growth.

Idrissov emphasised that Kazakhstan is currently implementing large-scale economic diversification and industrial upgrading with the emphasis on the transition from the development of the raw materials sector to innovative development.

Taking into account Austria’s rich experience in the field of renewable energy sources, the Austrian side confirmed their interest in taking part in EXPO 2017 in Astana. 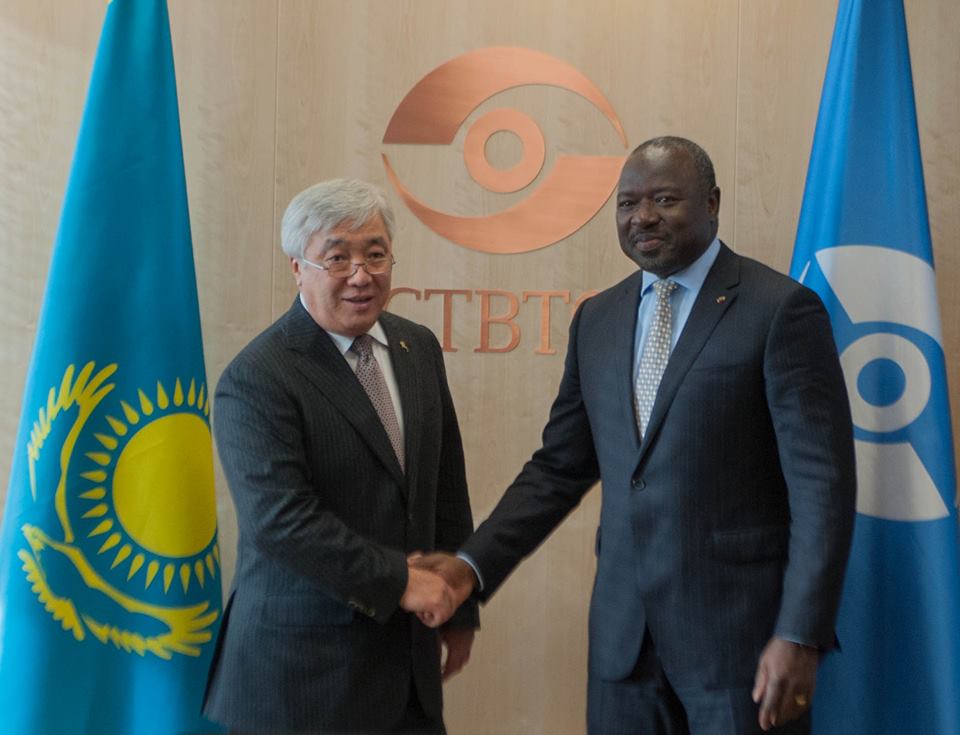 Also, the interlocutors touched upon topical issues of the international agenda, including the situation in Syria, Iran and Ukraine.

In the evening Idrissov attended the meeting of the ECFA, a pan-European think tank launched last year in Brussels and focusing on Europe’s relations with countries of Eurasia and Central Asia.

“The Eurasian region, made up of the five Central Asian countries of Kazakhstan, Kyrgyzstan, Tajikistan, Uzbekistan and Turkmenistan, is each year making greater contributions to global dialogue on energy security, the environment, people and drug trafficking and counterterrorism. For that reason, the Eurasian Council on Foreign Affairs is a very useful instrument for further improving relations between Central Asia and the European Union, as well as the world,” Ferrero-Waldner said in her speech.

Addressing the council, the Kazakh foreign minister highlighted the symbolism of the meeting’s coincidence with the anniversary of the Vienna-based OSCE’s latest summit in Astana.

“It was five years ago exactly that Kazakhstan marked its unprecedented chairmanship of the OSCE with the adoption of the Astana Commemorative Declaration, in which leaders from around the world committed themselves to a “vision of a free, democratic, common and indivisible Euro-Atlantic and Eurasian security community stretching from Vancouver to Vladivostok, rooted in agreed principles, shared commitments and common goals,” he said, according to the Ministry of Foreign Affairs of Kazakhstan. According to Idrissov, the Astana Declaration “is more relevant now than ever, as we see crises in international relations that make the need for better understanding and more robust and trustful dialogue among all countries in Europe and Eurasia even more dire.”

“We continue to see the focus, when discussing Central Asia, on how remote the region is. It is a narrative which neglects how our world has changed. For as economic power shifts eastwards, bringing revived trade links, fast-growing markets and new areas of prosperity, it is not our remoteness but our position at the heart of the new emerging world which is most striking,” Idrissov emphasised.