By Zhanna Shayakhmetova in Nation on 18 December 2015

The Stratagem project was awarded a special sponsor’s prize from multimedia company AVID at the Reimagine Education Awards. The higher education event, organised annually by QS World University Rankings and the Wharton School of the University of Pennsylvania, was held Dec. 7-8 in Philadelphia. 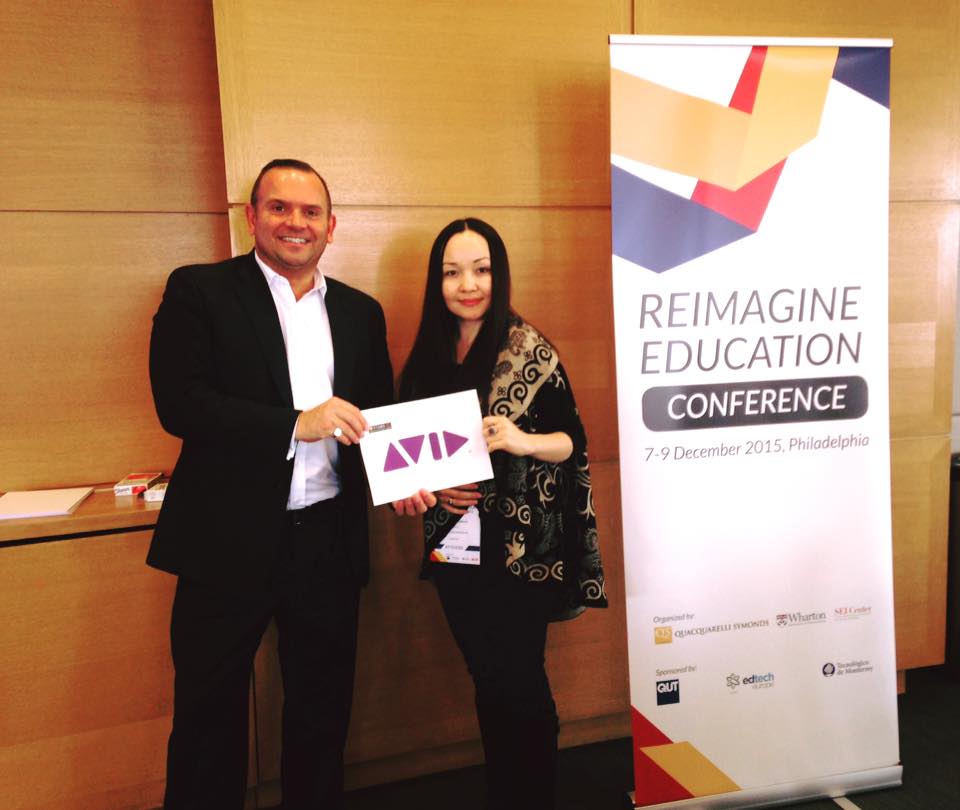 Aigerim Shilibekova, a Stratagem developer and the founding director of the centre for international and regional studies at Gumilyov Eurasian National University, spoke about the outcome of Kazakhstan’s presence at the conference and the goals of the innovative programme in a recent interview with The Astana Times.

“Stratagem is designed to offer a strategic view of being a researcher. It is an innovative way to increase researchers’ capacity to think strategically in order to create, re-create and sustain their effectiveness and to enhance their employability in developing countries.Using a blend of teaching methods, Stratagem develops the skills of academic and business analysts and broadens the appeal of study to a wider audience at different levels. Traditional approaches to researcher training tend to focus on developing research skills through the process of writing a thesis. In today’s highly-competitive environment this may not be enough. Stratagem blends formal and informal teaching, offline and online, practical and real-life ways of learning to reflect the complexities of research in the 21st century,” said Shilibekova.

She noted the inventive nature of the event.

“After two days of showcased projects and outstanding keynote speakers such as Jeremy Rifkin, Anant Agrawal, Jaime Casap and other thoughtful leaders familiar to any innovator, I have concluded two aspects of innovativeness of the event. The first one is related to the concrete outcomes of implemented and working projects. People were not just talking and discussing policies, plans and ideas, but presenting feasible results and the impact of programmes. There is a lot to explore and apply to our local context among those projects. The second one is a practical model of professionals in education and business working together. Obviously, it is where new start-ups in education can gain a real impetus,” she said.

Shilibekova noted the significance of representing Kazakhstan at the conference for the first time not only as a participant, but also with a shortlisted project. 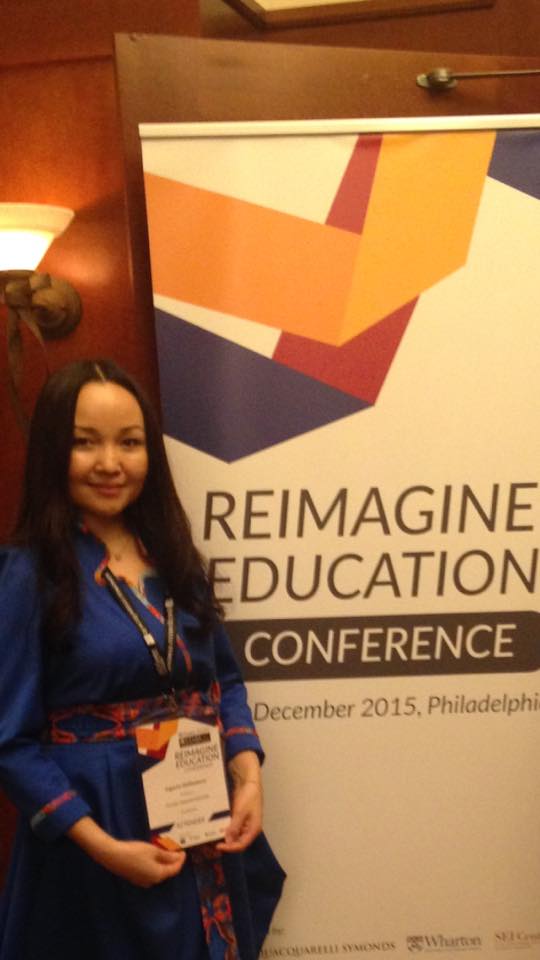 “For our university, it means even greater benefits beyond just being recognised by almost 400 participants from 31 countries. It may lead to improving the academic reputation of Gumilyov Eurasian National University in the international rankings. On the national level, our participation puts us on the radar of international businesses and investors working in the sphere of education. It is a signal to the world that there are also some innovations happening in Kazakhstan. Based on these outcomes and the precious opinions expressed by all the speakers, my greatest takeaway has been a motivation to learn more and experiment more with all ideas especially related to innovative ways of capacity building and developing human potential for the benefit of us all. I think Stratagem is one of those ideas that have been realised to build a new trend in training researchers in universities and beyond,” she said.

“The feedback I received was incredible and I got a strong stimulus to take it beyond the pilot project. I developed Stratagem as a project for those who want a lifelong opportunity to look through the window of research to the world and their own future in our context,” she said.

Shilibekova noted her internship experience at Harvard University influenced her thinking and vision as an educator.

“I spent a year doing my own research project in the field of international security in the first place and examining the American higher education system as an additional interest. Activities in both spheres had led me to better comprehension of current problems in schooling. I explored and learned more about research design and after I came back to Kazakhstan I wrote a brief manual on research design and careers in political science that I used later as the basis for my Stratagem project,” she added.

“From what Professor Bok shared with me, I realised that the higher education market in the entire world is changing rapidly. Universities are being challenged more and more by shifting employment patterns and growing pressure from external stakeholders who require graduates to have a multitude of skills, particularly in relation to research. But those changes and shifts take place at the local scale and can be dealt with only by solutions at the local level,” she said.

Shilibekova emphasised the importance of understanding the difference between invention and innovation.

“Innovation is something rather improved and developed on the basis of existing inventions. If there is a new way of doing something quicker, better and commercially more efficiently, there is an innovation. University management should not underestimate and give a chance to experiment with ideas produced by faculty members, scholars and early career researchers. That is what I have observed at Harvard’s Innovation Hub, where any idea may be heard, valued and, if proves its feasibility, supported,” she said.

“The overall aim of Stratagem is to become a model and provide an effective educational format which can be used to build capacity in research and its applications at an individual, institutional and national level. It is intended for recent graduates who are eager to acquire the transferable skills needed for personal and professional development. The project’s objective is to develop and sustain a pipeline of graduates who are strategic thinkers and progressive researchers for the academic community, business, industry, government and society,” she noted.

The word “stratagem” is defined as a scheme or clever plot to achieve an objective. The weekly sessions provide 12 stratagems, or tactics, for being a successful researcher. Each session consists of knowledge building for “researcher-like” thinking, practice sessions and experience transfer during the meetings with practitioners from different industries, disciplines and countries.