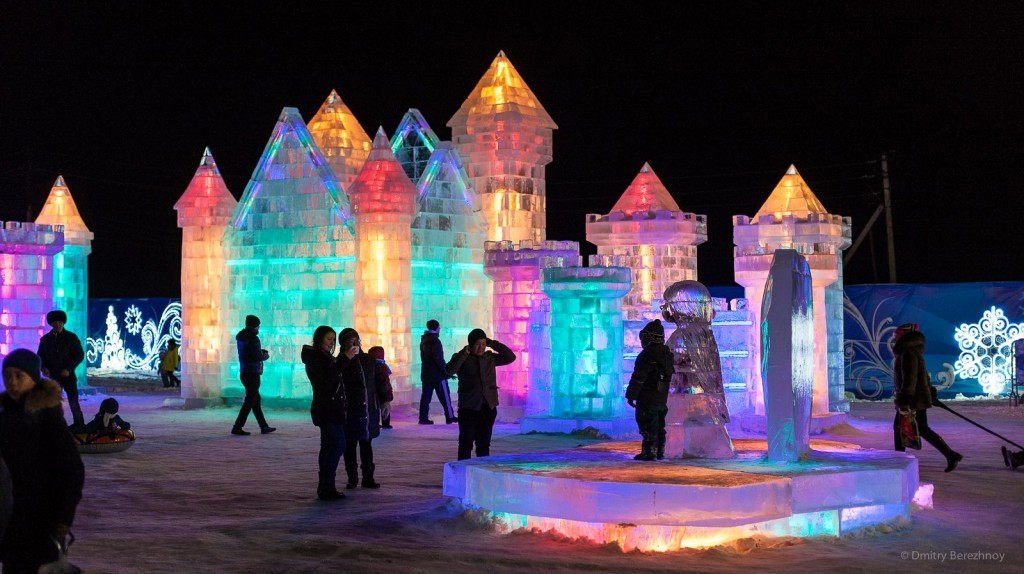 ASTANA – Ice towns and rinks have become traditional entertainment places for city residents and guests. This year, the capital is presenting four areas with different sculptures and slides, according to the city Akimat (administration). At the same time, the city is actively preparing for the upcoming New Year by decorating roads and installing New Year trees throughout the area. 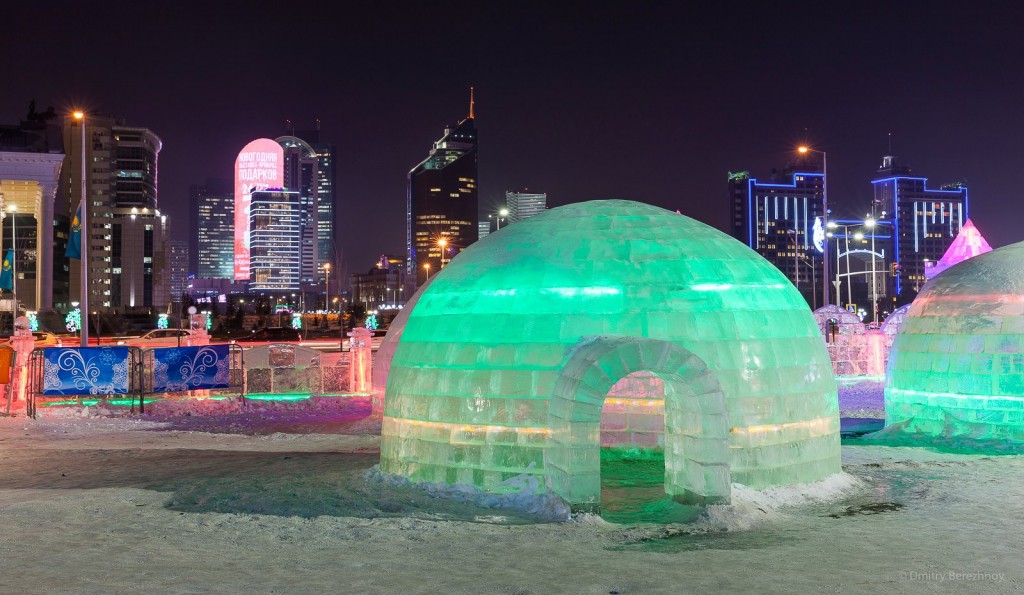 The biggest ice town is located near Khan Shatyr Entertainment Centre. The main New Year tree, officially lit Dec. 1 by President Nursultan Nazarbayev, stands in the middle. Construction was complicated by weather conditions, which were abnormally warm at the end of November and beginning of December. As a result, although the official opening was planned for that day, it was not available for all visitors until Dec. 13.

“Today, we have opened the ice town to all residents and guests, of course, a little bit late. There is no one to blame; we had uncomfortable conditions. It is the first time in a very long period of time when the temperature was 0 degrees at the end of November. Sculptures melted and we closed access for people,” said city Department of Culture head Bolat Mazhagulov at the opening, according to Nur.kz.

The ice town measures about 2,000 metres and more than five million cubic metres of ice and 7,000 cubic metres of artificial snow were used for its construction. It has several ice slides, labyrinths and a rink. Visitors see many characters from popular animated movies, such as “Shrek” and “Minions,” as well as take pictures with different animals and heroes of Kazakh folk tales. The spot is very popular among the population and was one of the city’s biggest venues during the recent Independence Day celebrations, with Kazakh artists performing next to the tree.

Seventy designers and sculptors from China’s Harbin Ice Festival were invited to assist with the construction, according to the city administration. The Chinese team, joined by 140 Kazakh specialists, brought unique technology on ice and snow production, such as the artificial coloured ice and transparent one taken from the Yessil River.

Three additional ice towns are located on the central square in front of the city administration, on the Yessil River and near Otan Ana monument.

According to Mazhagulov, 40 New Year trees have been installed in the capital, 18 of which are financed by representatives of small and medium enterprises.