A meeting of graduates of the Bolashak Presidential Scholarship Programme took place in Almaty on Nov. 17. About 100 or so attendees discussed the draft of the development project of the city to 2020. 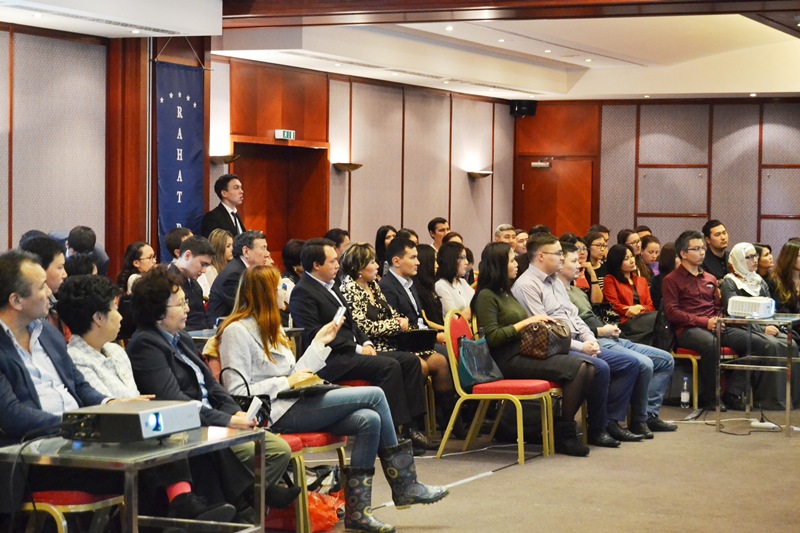 One of the guests, head of internal policy department of Almaty Sayasat Nurbek, explained main points of Kazakhstan’s massive, ongoing project to implement five institutional reforms, which is being put into practice via the Plan of the Nation of 100 concrete steps approved by President Nursultan Nazarbayev, Kazinform reported.  Nurbek highlighted five concepts for the city to undertake concerning its long term development.

“Almaty became a driver of the economy and a platform for socio-political entities. You can see a great concentration of progressive-thinking people ready for new reforms,” added Nurbek.

A group of Bolashak graduates, who studied architecture, urban planning and urban development, headed by Erkanat Zaitov and Alisher Sakipov, proposed establishing an Urban Institute in Almaty. Another concept was also suggested by the producer of the Light and Space urban projects office, Anel Moldakhmetova: to create Almaty Urban Re-Hub, a comprehensive platform for urban projects.

The audience also discussed the possibility to of creating a media platform to draw attention to the problems of the urban environment in cities of Kazakhstan on the example of Almaty and launching educational programmes aimed at spreading knowledge about the tools and mechanisms for creating a comfortable urban environment.

The Bolashak alumni decided to undertake a shift away from nostalgia for the old city and toward a new vision of Almaty, where changes and improvements are possible and where it is interesting and comfortable to live.

The development project of Almaty to 2020 was first published on Nov. 5 on the almaty.gov.kz web site, in order to spark public discussions, as well as collect proposals from experts, business representatives and nongovernmental organisations. Now, everyone who loves the Apple City and wants to contribute to its development can send their own suggestions and amendments to the email address [email protected]