By Dmitry Lee in International on 8 December 2015

ASTANA – The Embassy of the United Arab Emirates (UAE) in Astana hosted a reception at the Rixos President Hotel to mark the UAE’s 44th National Day on Dec. 3. 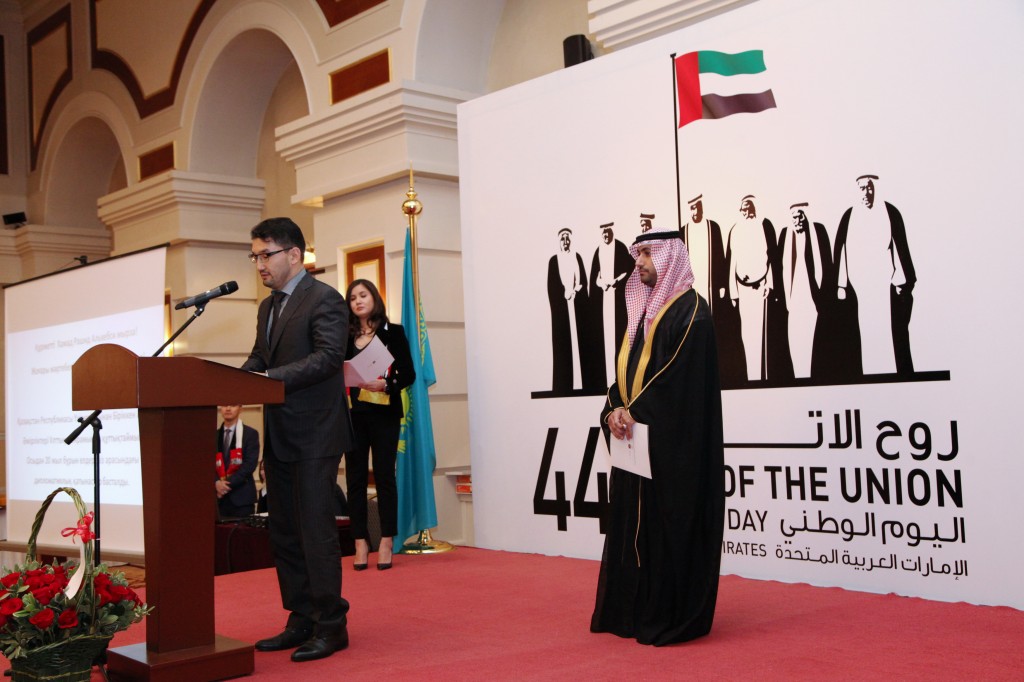 Kazakhstan and the UAE enjoy solid and prospering relations, according to Charge d’Affaires Hamad Rasheed Alhebsi, who welcomed guests with an opening speech.

“On Dec. 2, 1971, the founding president, the late Sheikh Zayed bin Sultan Al Nahyan, announced the establishment of the United Arab Emirates. The main leitmotif of the announcement was the sincere efforts made by the Supreme Council of the country – Sheikh Zayed bin Sultan Al Nahyan and his brothers,” Rasheed Alhebsi said in his speech. He continued, “the United Arab Emirates has now become a modern country, which takes a worthy place among developed countries in the world. The country began its first steps towards the development more than 40 years ago, enriched with the wisdom and vision of the founder of the country.”

Rasheed Alhebsi continued by outlining that “the foreign policy of the United Arab Emirates is characterised by the creation of the best possible relations, building bridges of friendship and cooperation with all countries of the world since its formation.”

Focusing on the relations of Kazakhstan and the UAE, he underlined that “good relations between Kazakhstan and the Emirates [are] embodied through the prism of the desire of the heads of the two countries to strengthen these relations in all areas and at all levels. It reflects in the achievement of the UAE to be included into the list of economically advanced countries with the visa-free regime this year by Kazakhstan; the joint issue of postal stamps featuring the UAE President, His Highness Sheikh Khalifa Bin Zayed Al Nahyan and His Excellency Nursultan Nazarbayev, President of Kazakhstan, as part of the increased postal cooperation between the UAE and Kazakhstan, as well as laying the cornerstone of a school building named after Sheikh Khalifa in Astana.” 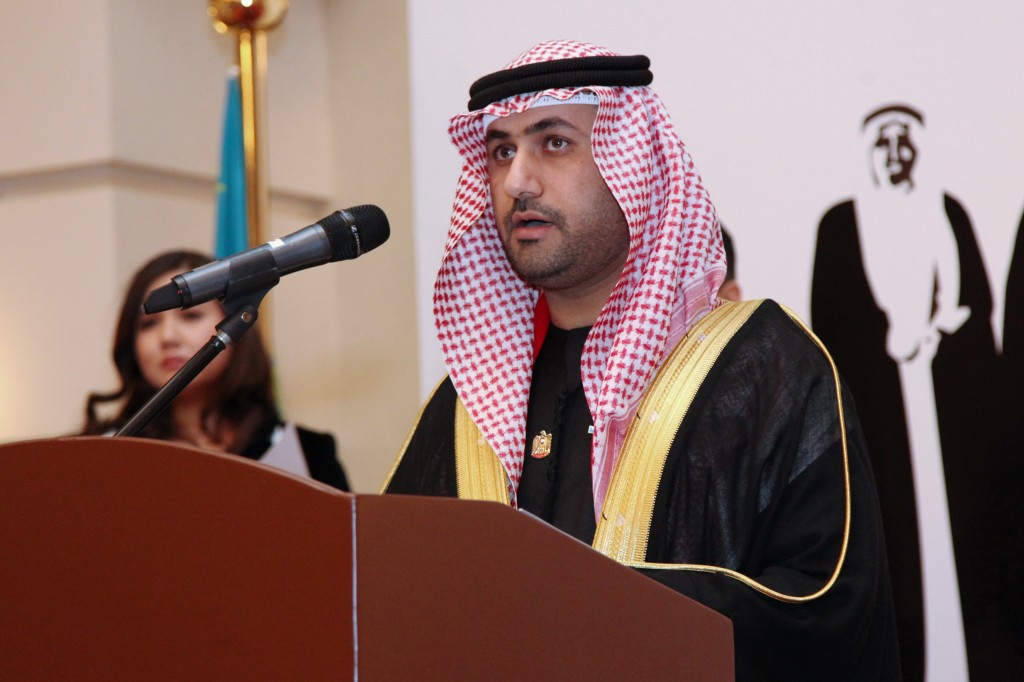 The charge d’affaires went on to remind that the UAE has confirmed its participation in EXPO 2017 and mentioned the activities of Emirati companies in Kazakhstan, which are active participants in strengthening the bonds of friendship between the two countries.

Vice Minister of Investment and Development of Kazakhstan Rakhim Oshakbayev gave some figures to make the overall picture complete.

“The trade between our countries sustainably grows,” he said. “For this year from January until September this [figure] was $73.2 million. The amount of direct inflow of UAE investment to Kazakhstan since 2005 until the first half of 2015 equaled $2.3 billion. Today, there are a number of large investment projects with the involvement of Emirati investment in Kazakhstan. One of them is the multifunctional residential complex Abu Dhabi Plaza and the second the Islamic Bank Al Hilal,” he said, adding “I hope that the friendly relations of Kazakhstan and the United Arab Emirates will continue to develop and will give a start to cooperation in new directions.”