By Kamila Zhumabayeva in Astana on 10 December 2015

ASTANA – Head of the city’s Architecture and City Building Management Vitaliy Siletskiy recently discussed the capital’s development plans and new projects. Among those under consideration are public, residential, social and cultural objects on the west side of Khan Shatyr Mall and east of Millennium Alley, public purpose mini-areas facing Orynbor Avenue and the new Green Square project and public centre, as well as forming a classic model of a polycentric city. 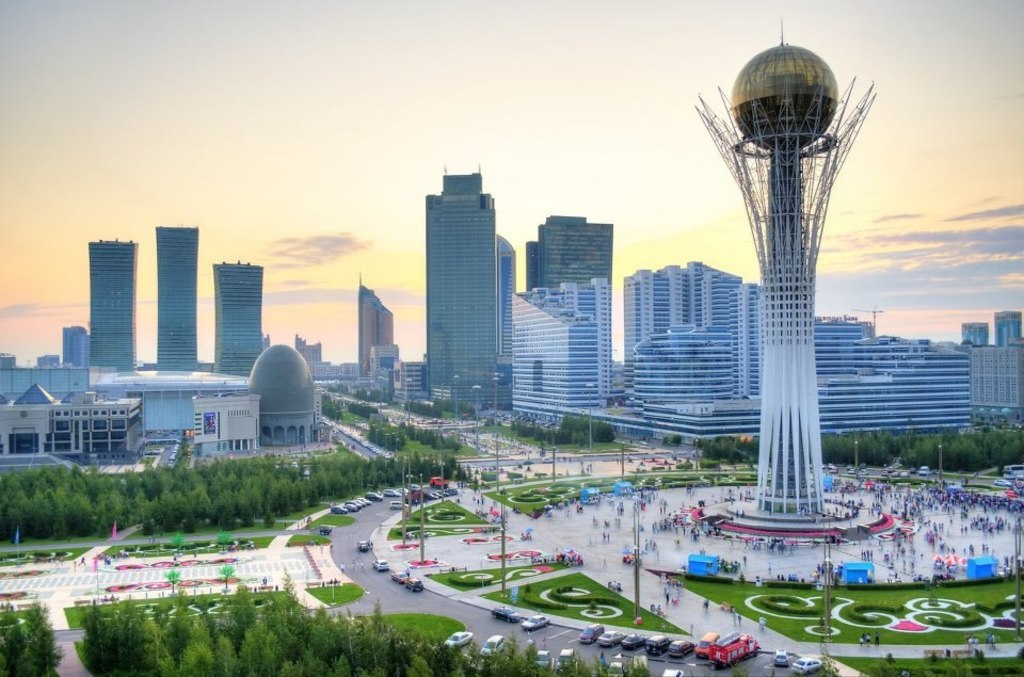 Siletskiy, 41, has been working with the department since 2008. He spoke with The Astana Times about the city’s plans.

“Cultural singularity, ideas of East and West, harmoniously intertwine in the capital city’s architecture. The conceptual basis of the general plan can be described with one word – harmony,” he said. “The harmony is in the development of nature and city, in the compound of innovations and traditions, human relationships and the city environment, technology and people.”

The concept of priority district construction that forms the architectural appearance of the capital has been developed and implemented, in addition to designing and constructing specific objects. Public and residential complexes, cultural, education and health facilities, parks and squares are to be built heading east from Millennium Alley, complimented by unique objects such as Etnoaul, a cultural and tourist complex, and a new railway station.

The concept of developing Orynbor Street, one of the entrances to the city from the airport along with Kabanbai Batyr Avenue, defined by tall buildings, was also approved and implemented.

The capital is a modern megalopolis with two centres, the old town known as Old Square and the left bank along the Nurly Zhol (formerly Water Green) Boulevard.

“The classic model of a polycentric city is gradually forming. Polycentricism is not only a device of the city; it is how the human community is constructed. The new centres are viable only if they are functional and linked between each other,” he added.

As the model of a megacity with a unified socio-economic and cultural centre has ceased to be the only possible attraction, public centres in each of the planning areas will be established.

“A public centre is a place where people will have a workplace, cultural recreation, shopping centres, park territories, active leisure and transport links with the rest of Astana,” said Siletskiy.

The city’s general development plan is focused on the EXPO 2017 international exhibition centre. The 33 kilometres on the southwest bypass of the K-1 Expressway detour road will include the Abu Dhabi Plaza multifunctional complex, Kazakh and Russian drama theatres, a trade and logistics centre and new railway station with a capacity of up to 35,000 passengers per day. Two new bus terminals with Karaganda and Kostanai destinations for 5,000 passengers per day are planned for 2030.

“By analysing the experience of the world’s best cities in this aspect, a broad avenue for processions and celebration of various activities was proposed for construction of the street, with an allocation of one of the main avenue nodes – the Triumphal Arch area that is dedicated to the 20th anniversary of Kazakhstan’s independence,” said Siletskiy.

Seven-storey buildings with rhythmically-highlighted tall ensembles for residential and public purpose are proposed along the entire avenue. “Public purpose mini-areas with landscaping, decorated fountains, flower beds, decorative and monumental arts linking intra-square spaces, kindergartens and schools are to be located on the façade part of all squares facing Orynbor Avenue,” said Siletskiy. “The approved style of the façades is neoclassic with the national decoration. Granite, marble, travertine, metal, bronze and fibre concrete are the recommended materials for construction.”

The construction of Turan Avenue, one of the main highways of the city around which large facilities are expected to be built, will be implemented in the future.

“Among the major construction projects, it is necessary to highlight the new Green Square project initiated by the head of state and implemented as part of the EXPO 2017 preparations in Astana. The keystone to success of forming a polycentric metropolis is in creating comfortable living conditions and opportunities for work, education and recreation in every area of the city,” Siletskiy noted.

He added the city has a clear development ideology, the essence of which is to transform itself into one of the centres of international cooperation and tourism.

“The artistic image of Kazakhstan’s new capital must correspond to new directions of the 21st century architectural style and at the same time contain elements related to the cosmologies of the different cultures and ethnicities living in the country. That is to say, the city should be polyphonic in its artistic structure and reflect the symbiosis of cultures and nations of the Eurasian space,” he said.

The management is expecting to achieve breakthroughs in new levels of 21st century architectural development by engaging the world’s outstanding architects to design the city’s unique and important objects. The Palace of Peace and Harmony, constructed under a project by Lord Norman Foster, was cited as one example of this approach.