By Aiman Turebekova  in Culture on 8 December 2015

ASTANA – The joint Kazakh-Kyrgyz nomination of “Aitys/Aitysh, the art of improvisation,” was inscribed on the Representative List of Intangible Cultural Heritage (ICH) of Humanity on Dec. 2 in Windhoek, Namibia, during the 10th session of the UNESCO Intergovernmental Committee for the Safeguarding of the ICH, reported the Kazakh Foreign Ministry. 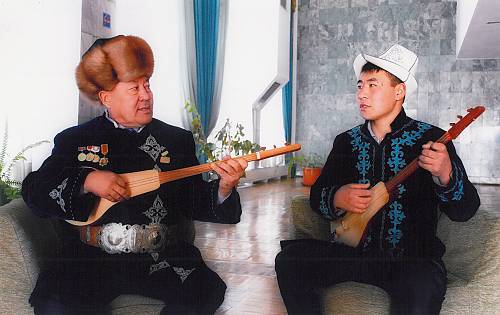 Akyns compete in an aitys. Photo: Ministry of Culture and Sport of Kazakhstan.

The delegation from Kazakhstan, led by Secretary of the National Commission for UNESCO and ISESCO Assel Utegenova, made the presentation.

“Two performers (‘akyns’) compete with each other to improvise verses on topical themes in a battle of wits that alternates between humorous ripostes and penetrating philosophical reflections. The winner is the performer considered to have demonstrated the best musical skills, rhythm, originality, resourcefulness, wisdom and wit,” according to UNESCO’s website.

The experts of 24 member-states of the Intergovernmental Committee of UNESCO emphasised that aitys, as a synthesis of several arts – poetry, music, drama and performance skills – plays an important role in strengthening social cohesion.

The inscription of the nominations on the Representative List of ICH of Humanity provides for a greater promotion of the intangible cultural heritage of Kazakhstan at the international level and for the development of systematic measures for its safeguarding at the national level. In the coming years, Kazakhstan plans to prepare such nominations as “Kazakh kuresi – traditional art of wrestling,”“Hunting with burkyts (golden eagles),” “Folk games with asks,” “Art of manufacturing Kazakh music instrument the Dombyra,” “Orteke” and the “Kara zhorga” dance. 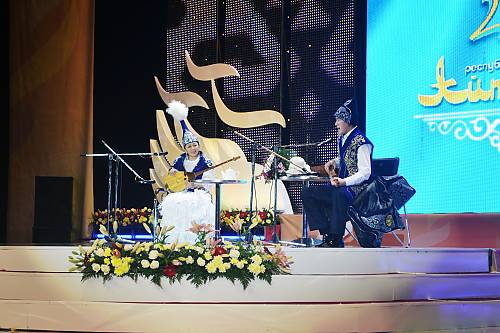 Akyns compete in an aitys. Photo: Ministry of Culture and Sport of Kazakhstan.

Aitys is the third nomination from Kazakhstan to be added to UNESCO’s prestigious register, which currently includes more than 300 masterpieces of intangible cultural heritage from around the world.

In November 2014, the first two Kazakh nominations, “The art of traditional Kazakh Dombra Kuy” and “Traditional knowledge and skills of manufacturing Kazakh and Kyrgyz yurts,” were included on the Representative List of the ICH of Humanity.