A Little Astana in Kuala Lumpur

KUALA LUMPUR – The smell of home-cooked food to a group of 20-year-old Kazakh students living in tropical Malaysia will always trigger memories of the delicious meals prepared by their mothers, sisters and grandmothers back in Kazakhstan. 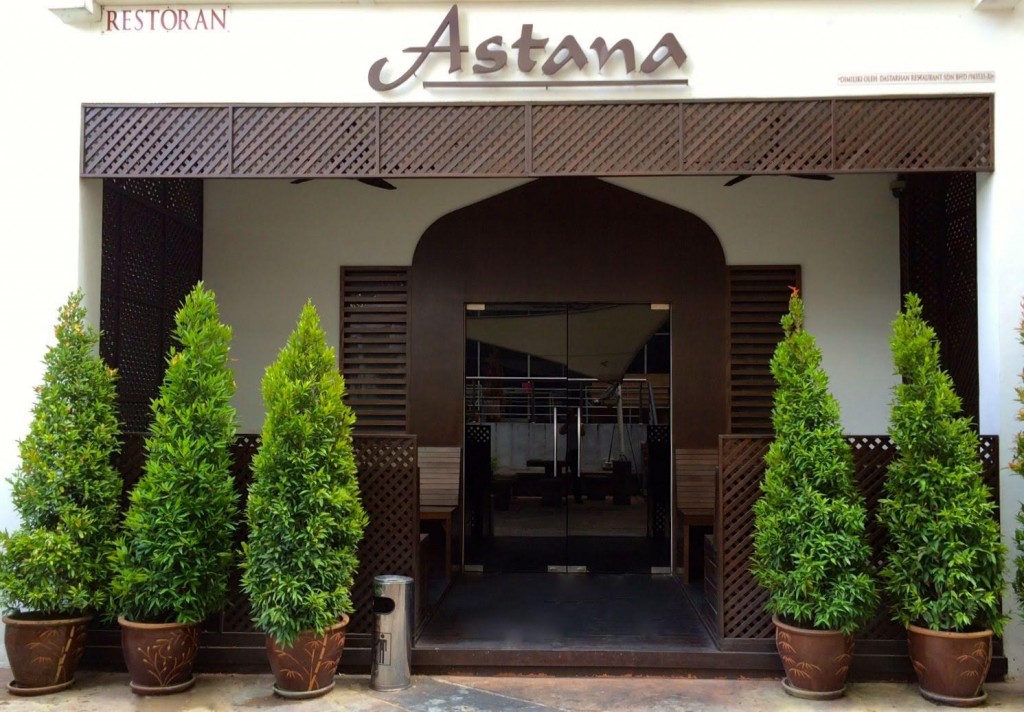 But being more than 5,000km away from home means these students are not able to return whenever they want to eat beshbarmak, kazy or manty.

Although Malaysia and Kazakhstan share similar cultural traditions, the countries definitely have different national dishes. This creates a challenge for Kazakh students in search of familiar food.

Ainara Aidarbekova, who is studying international business in one of the private universities in the Malaysian capital, described her experience in finding a restaurant serving items that satisfy the Kazakh palate.

“It was quite hard for some of my friends and me to find foods that are similar to what we usually eat back home. We tried to buy ingredients to cook some Kazakh dishes, but the taste is not the same and we could not get horse meat here,” she said.

As students studying in another country, they not only miss their homes and families but also their national foods. While they find Malaysian food very tasty, it is also quite spicy.

“Sometimes we crave beshbarmak, shashlyk and other meals that we always eat at home. But most of us only go back to Kazakhstan once a year, so we have to wait maybe nine or 10 months before we can eat our national food,” she recently told The Astana Times.

Malaysia has seen a surge in the number of Kazakh students during the last seven years, which has led to an increased demand for Kazakh/Central Asian cuisines. No restaurants in Malaysia, particularly in its capital, serve the specialities.

Realising this was an issue to be solved, Kazakh businessman Daniyar Yunusmetov decided to open Astana Restaurant serving Kazakh and other Central Asian foods in the bustling suburb of Bukit Jalil, south of the city.

With its wooden dining tables and chairs and dark brown walls decorated with Kazakh trinkets, Astana Restaurant exudes a traditional Central Asian ambiance. The mounted flat panel TV shows Ru.TV, a music video channel popular in Russia and Central Asia. The music played and language (Russian) spoken definitely evoke memories of home not only for Kazakh students, but also for Kazakhs working and living in Malaysia.

“Basically, we want to create a home away from home for Kazakhs and other Central Asian communities in Malaysia. We want them to come here, be comfortable and enjoy the cuisines that we offer, which are a mixture of Kazakh, Uzbek, Russian and Ukrainian foods,” Yunusmetov told The Astana Times in an interview in mid-December.

The 37-year-old businessman, who has lived in Malaysia since 1997, manages the restaurant with two of his partners. The eatery, named Astana to instil a “homey” feel for the Kazakh/Central Asian community, opened June 14, 2012 and targeted the student community.

The confidence to open the restaurant came when Yunusmetov observed the high number of Kazakh, Uzbek and other Central Asian students in Malaysia’s capital. The location, in the town which houses the country’s National Sports Complex, was chosen instead of the heart of the city centre due to the presence of colleges and universities in the area.

“We knew that the Kazakh, Uzbek and other Central Asian students would support us, because obviously once in a while they will miss home cooked food and when they do, they will come to us,” he said.

“We also knew that these student communities would definitely be sufficient to sustain us. Sustaining the business is basically the main criteria for us to look at because if we can cover the overhead, that means we have the potential to grow in the future,” he said. 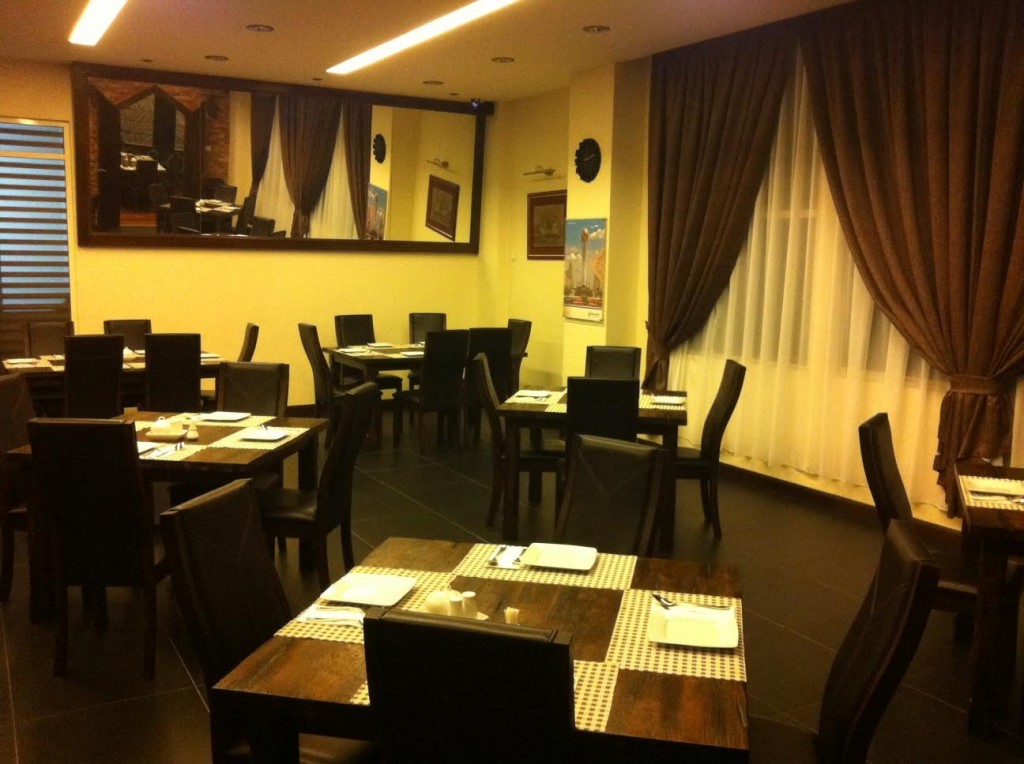 The menu lists meals with customary ingredients. Its signature dish, of course, is beshbarmak and it features Uighur lagman prepared by Uzbek chefs.

“We have to have beshbarmak, because we cannot be calling ourselves a Kazakh restaurant if we don’t have beshbarmak. We also have horse meat that is served with the dish,” he said.

The protein is sourced from Kazakhstan and Uzbekistan, as it is not common in the Malaysian diet and thus unavailable in the local market.

The preparation of foods is easy, but the challenge lies in adapting to local food products. The ingredients had to be the same so the foods will taste exactly as they do in Central Asian countries.

“Even after three years of operating the restaurant, I would still say adapting to local ingredients is the tough part, because the end product is not on par with the product that people are used to in Kazakhstan or Uzbekistan,” said Yunusmetov. “But we have gone quite a long journey and I would say that our chef from Uzbekistan has mastered the local ingredients.”

“The initial idea of Astana Restaurant was to serve the student community. We knew that we could not target the upper market, so we have to be reasonable in terms of pricing,” said Yunusmetov. “We are following the same concept today. We price our food at the level where it will not burden the budget of the students.”

Recently, he has noticed locals coming to the restaurant to try the northern cuisine. Some of the customers have visited Kazakhstan or Uzbekistan and are familiar with the dishes, while others usually follow the waitresses’ recommendations.

Astana Restaurant plans to focus more on its food delivery service to students living beyond Bukit Jalil, such as Cyberjaya. The new town, dubbed The Silicon Valley of Malaysia, is 22km from the eatery. The restaurant will also have an outdoor sitting area and shisha services so customers can enjoy time with friends after a nice hearty meal.

“We noticed that most of our customers would leave the restaurant right after they finish their meals, so we want to make this restaurant more friendly to people,” he said. “We want to create an environment where students and other customers can spend their evenings with friends. They could enjoy shisha or some drinks and desserts.”

Although Astana Restaurant is seeing some competitors sprouting around the city, its current plan is to attract more regular customers and offer new products and services instead of opening additional locations. The restaurant will continue to serve the student community and fully utilise its current capacity in Bukit Jalil.

“We plan to grow not in the quantity of the outlets, but rather in the quality of our service,” said Yunusmetov. “Of course we would want Astana Restaurant to have a five-star rating in the future, but we will still stick to our main goal, which is to serve our own community here.”