Like many hydrocarbon-rich countries, Kazakhstan feels itself vulnerable to its “monoculture” economy, the lifeblood of its sustenance since independence – and a sort of dependence addiction. The recent plummet in petroleum prices has made that peril all the more clear. Wishing to avoid the fate of “Nauru without guano,” the country is trying vigorously to diversify its economy as insurance against other price shocks, anti-carbon global warming campaigns and that far future when the resource does indeed diminish. Its path appears far more sound than that of the several similarly-dependent Arab states with whom it competes. Here are some ways to help the cause: 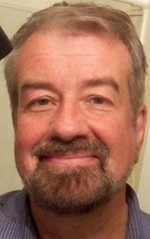 (1) It is well enough to supply extraordinary quantities of “raw” hydrocarbons or fossil fuels, but there is potential for upgrading products to achieve greater profit margins. Refinement means desirable special grades of oils and lubricants and tar. Import of costly Silk Road materials can be minimised. Ultimately, a massive plastics industry seems inevitable and the embrace of 3D printing could mean occupation of high margin product niches.

(2) Export electricity instead of fuel for someone else to make electricity. The transport and environmental impacts can be much less.

(3) Some disreputable Kazakhs (without government involvement) have been suspected in some dreadful hacking interventions, but the flip side of this skill is an extraordinary potential for the kind of IT expansion we have seen in Estonia. What better industry for a landlocked nation? A disproportionate number of Bolashak fellowships should go to Kazakhstan’s computer “nerds.”

(4) Value added on metals extraction: let Kazakhs make the pots and pans and hardware and samovars and bed frames and rails and auto parts and medical implements that come from those metals rather than letting them be made in Japan, Korea, China, Russia or India.

(5) Aggressive marketing of launch services – by any standard a huge growth industry with only a half dozen competitors. To make it profitable, this will mean a sort of “import substitution” wherein Kazakhstan duplicates capabilities now coming from Russia. Kazakhstan should evolve toward greater capability redundancy in its launch industry, increasing profit margins and insuring against any service interruptions. Mimic the U.S. National Aeronautics and Space Administration in its success with space industry “spin-offs.”

(6) Home décor/folk art/craftsmanship. Anyone who has been to Kazakhstan is charmed by its traditional “exotic” crafts. The potential for export to emporia of western chic (Harrods, Bloomingdales, Le Printemps, Corte d’Anglais or Galeria Kaufhof) is enormous. Marketing. Marketing. Marketing.

(7) Emergency housing – could there be a better quick assembly shelter than the Central Asia yurt or gher? Imagine a modern materials edition that is low-cost, amenable to places of low literacy, easy to transport, and stocked by governments and aid agencies world-wide: fields of yurts appearing within 48 hours of a tsunami, typhoon, hurricane, earthquake, landslide or flood.

(8) Value added food exports (e.g. oil seed extraction). Food provided a lovely advance for the Turkish economy and there is no reason for the Kazakh economy not to do likewise, exporting prepared foods to China, South Asia, Iran and Turkey. As an American, I cannot wait for the exoticism of our first Kazakh fast food restaurant.

(9) Ponder the possibility of a competitive rail industry. With its new General Electric/Kazakhstan Temir Zholy locomotive plant, Kazakhstan is well positioned to export engines, railcars, streetcars and trolleys to China, Central and South Asia and may even undercut costly Japanese and Korean production. And let no one undersell Kazakhstan on Silk Road rail contracts!

(11) An explosion in tourism. Kazakhstan’s potential for high margin niche tourism is almost beyond comprehension, but it must avoid the temptation of prioritising untouchable world class 5-star hotels; for every touring aristocrat there are a dozen backpackers, seniors and young families that would love nothing more than a cozy pension: adventure tourism, eco-tourism, archaeology/geoglyph tourism (with hot air balloons!), anthropology tourism, folk art tourism, fishing tourism and photography tourism. Tourism’s main barrier? The high cost of transport, which can be ameliorated through a volume partnership with the region’s price point leader: Turkish Airlines.

(12) Cinema. Cinema. Cinema. If little Okinawa can generate millions from film-making, Kazakhstan can quintuple that. The variety of cinematographic landscapes is incomparable within the country – an unexploited market awaiting proper incentives.

Little things like this can help secure the nation, increase employment and aid global trade integration at the onset of WTO accession. Here lies one consumer awaiting the product diversity from this grand land.

The author is a Washington, DC-area international affairs analyst and former U.S. diplomat.