The Great Gain Not the Great Game: How Kazakhstan is Charting its Own Course in the World

It is a sign of Central Asia’s and Kazakhstan’s increasing role and importance in the world that more and more is written about our region. But what is striking – and at times frustrating – is how reporting and analysis can be distorted to fit narratives which have little relationship to what’s actually happening. 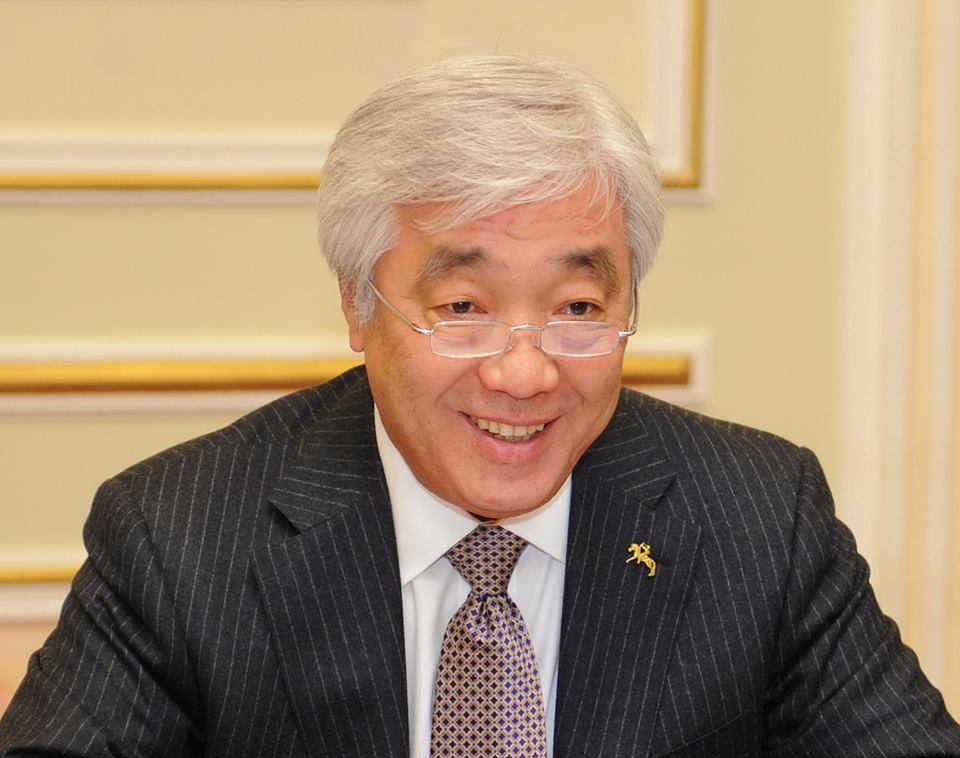 It has, for example, become increasingly popular for journalists to see events in our region through the prism of a revival of the Great Game in Central Asia. It is through this narrative of major powers fighting for influence that recent visits by the leaders of China, Russia, India, Pakistan, Japan, as well as the U.S. Secretary of State, are seen.

I can see why this makes a neat headline but that does not make it true. Kazakhstan is not a silent by-stander in anyone else’s strategy. We are a country successfully making its own independent way in the world.

We have purposely built good relations and strong economic ties with countries big and small, to the east and west, south and north. We have close links with both Russia and China. Europe is our biggest trading partner and the U.S. our second biggest foreign investor after Europe.

This is not an accident but the result of our multi-vector foreign policy. Our economic progress – which has seen our gross domestic product rise 19-fold since independence – is also based on being open to trade, investment and ideas. This commitment continues, which is why, in the last year, we have helped found the Eurasian Economic Union and become full members of the WTO.

Far from being at the centre of a re-run of the Great Game, Kazakhstan is, if you like, at the heart of what could be a Great Gain for all in terms of regional and global stability and prosperity, and is adamantly promoting this vision for all to embrace. This is why, in the last couple of months alone, President Nazarbayev has held extremely productive meetings with President Xi Jinping, President Vladimir Putin, President Barack Obama, Prime Minister Shinzo Abe – and has had very successful back-to-back visits to London and Paris as well as, for example, to Qatar.

These countries and their leaders all want to strengthen their relationships with Kazakhstan – as we do with them – as a partner and friend. As Secretary Kerry explained, for example, the U.S. is not pursuing a “zero-sum game” in central Eurasia but believes greater engagement by all will benefit all. This is a message which we wholeheartedly welcome and which I hope all those watching and commenting on Kazakhstan will hear.

Curiously, at the same time, we can continue to see the focus, when discussing Central Asia, on how remote the region is. It is again a narrative which neglects how our world has changed. For as economic power shifts eastwards, bringing revived trade links, fast-growing markets and new areas of prosperity, it is not our remoteness but our position at the heart of the new emerging world which is most striking.

It is Kazakhstan’s size and unique geography which are enabling us to provide a land bridge linking the economic powerhouses to the east and west. It is an opportunity that, together with our partners, we are working hard to maximise.

New road links will cut by more than half the time it takes goods to be shipped by sea between China and Europe. Modern rail and road connections – linking to new port facilities on the Persian Gulf – are also providing fresh opportunities for trade and new markets to the south.

These developments form part of the $9 billion domestic investment in improved connectivity that we are making through the Nurly Zhol – or Bright Path – programme which, through major infrastructure spending, is Kazakhstan’s version of the New Deal. More importantly, these connectivity lines will not only serve as transit “conduits” between east and west, north and south, but will come as life-lines for local communities all along the way in terms of creating and boosting local markets, empowering local businesses and private sectors, thus promoting well-being and prosperity, peace and stability in the entire area.

The idea of Central Asia linking east and west and being at the heart of global trade is not new. We have played this role for many centuries. And it was one of the fathers of modern geopolitics – Sir Halford Mackinder – who spoke of our region as the ‘Heartland’ and predicted as far back as the turn of the last century that the old Silk Road would soon be revived “with a network of railways.”

At that time, Sir Halford did not foresee the divisions in our world caused by war and ideology, which put a brake on cooperation in the heart of Eurasia for decades. But as the divisions disappear, his predictions are finally coming true as the ancient Silk Road is rebuilt and modernised. Our geography is now an advantage, not a disadvantage – enabling us not only to boost our economy but provide a wealth of opportunities for the region and wider world. So, the common goal should be to turn Central Asia from being landlocked into being land-linked and a connecting bridge between continents, cultures and trade.

There is, of course, another common narrative when talking about Kazakhstan and Central Asia. It is one that ignores what our citizens have together achieved and focuses instead simply on what more needs to be done. It is a view which suggests Kazakhstan somehow believes that after fewer than 25 years as an independent country, we believe we are the finished product. We do not and we are not.

We know there is a lot more to be done and remain ambitious for the future, including in our commitment to continue democratic reform. We do not claim, as should no country, to be a perfect Jeffersonian democracy. It would, however, be remarkable if we were. Our young nation had no tradition of democracy or democratic institutions to build on and was starting from scratch.

But we are determined to step up the pace of reform, as shown by the comprehensive 100 Concrete Steps reform programme introduced by President Nazarbayev following his re-election in April. These measures focus on human capital development, the enhancement of good governance and the rule of law, cementing transparency and accountability in all layers of the government and society.

Just as outside support has been crucial in driving our economic progress, we want our international partners – both countries and nongovernmental organisations – to help us build our democracy and build our nation. We will continue to be open to dialogue and welcome all constructive dialogue and advice.

But we expect in turn that the achievements of Kazakhstan in creating a prosperous country from the wreckage of the Soviet Union and in building a harmonious society in a population of many different backgrounds in an often-troubled region are not overlooked. It shows, if nothing else, why we are confident that our country will keep progressing.

The author is the minister of foreign affairs of Kazakhstan. This article first appeared in The Diplomatic Courier on Nov. 13, 2015.