The awards ceremony for the Taiburil monthly scholarship winners was held Oct. 31 in Almaty. The programme, supported by second-tier banks such as Kaspi Bank and Kazkommertzbank, as well as private sponsors including prominent businessmen Kenes Rakishev, Vyacheslav Kim and Aidan Karibzhanov, is aimed at supporting education, reported Tengrinews.kz. 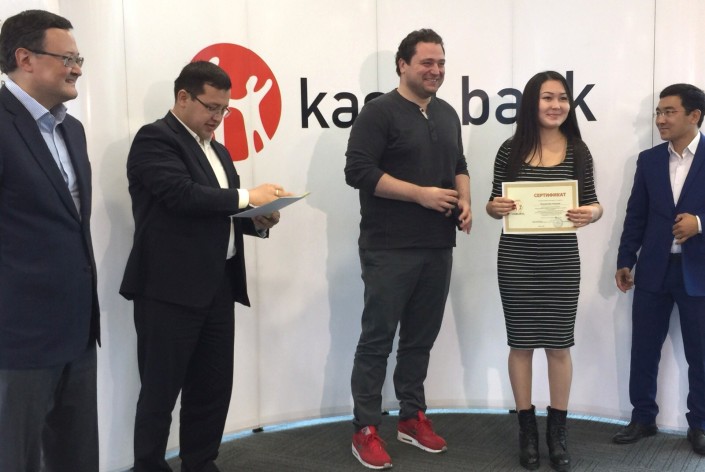 More than 1,000 applications were received for consideration and each candidate was deserving, said Taiburil Public Association Chairman Olzhas Khudaibergenov. Only 270 grants, however, were available this time.

“We plan to increase the number of scholarships up to 500 for the coming spring semester by involving new sponsors,” he added.

Approximately 80 percent of the scholarship winners are girls and the majority study technical professions.

“Knowledge is the most important asset that you can ever have and nobody can take it away from you. That is why it is worth investing time in education in order to acquire new experiences and surround yourself with people who can teach you useful things,” said Kaspi Bank Chairman Michael Lomtadze.

The winners will receive a monthly scholarship of 30,000 tenge (US$105.98) within five months of the fall semester. In order to participate in the competition, the applicant should be a Kazakh citizen and have a certificate with no criminal conviction. The individual must also have completed at least one semester at a university. The competition is fulfilled on the national scale and potential candidates may not be involved in any other grant programmes in Kazakhstan or abroad.

“This programme gives me the opportunity to fully concentrate on my studies and not think about additional earnings I need for living, as I came from the regions and lack financial support,” said Al-Farabi State University fourth-year student Kimbat Almaskyzy.

Scholarship recipient Madina Rasulova, a student at Almaty Technical University, said that thanks to the Taiburil scholarship she was able to use her free time to start learning a second foreign language.

“Such programmes act as a good motivator for students, as it reminds us that there are no limits if you want to grow professionally,” she added.

During Taiburil’s three-year existence, the association has raised its foundation to 100 million tenge (US$353,258). The entire amount is allocated for scholarships, while advertisements and public relations campaigns are funded on a volunteer partnership basis with support from tengrinews.kz, forbes.kz, kursiv.kz, vlast.kz and nur.kz.

“I hope the Taiburil scholarship programme continues expanding in the future and those who received scholarships today will come back to us as good businessmen and reliable sponsors. This will be the best approval of the viability of the programme,”said Khudaibergenov.

The Taiburil Public Association was established in 2013 to support Kazakh students who are achieving success but face financial hardships. In addition to the monthly scholarship, Taiburil offers full education grants and research scholarships. To date, 655 scholarships have been awarded.