SAMARKAND – The foreign ministers of the five Central Asian states held a meeting with U.S. Secretary of State John Kerry in Samarkand, Uzbekistan, Nov.1, in the new C5+1 dialogue format, following which the six countries issued a declaration on increasing cooperation in trade, transport and energy. 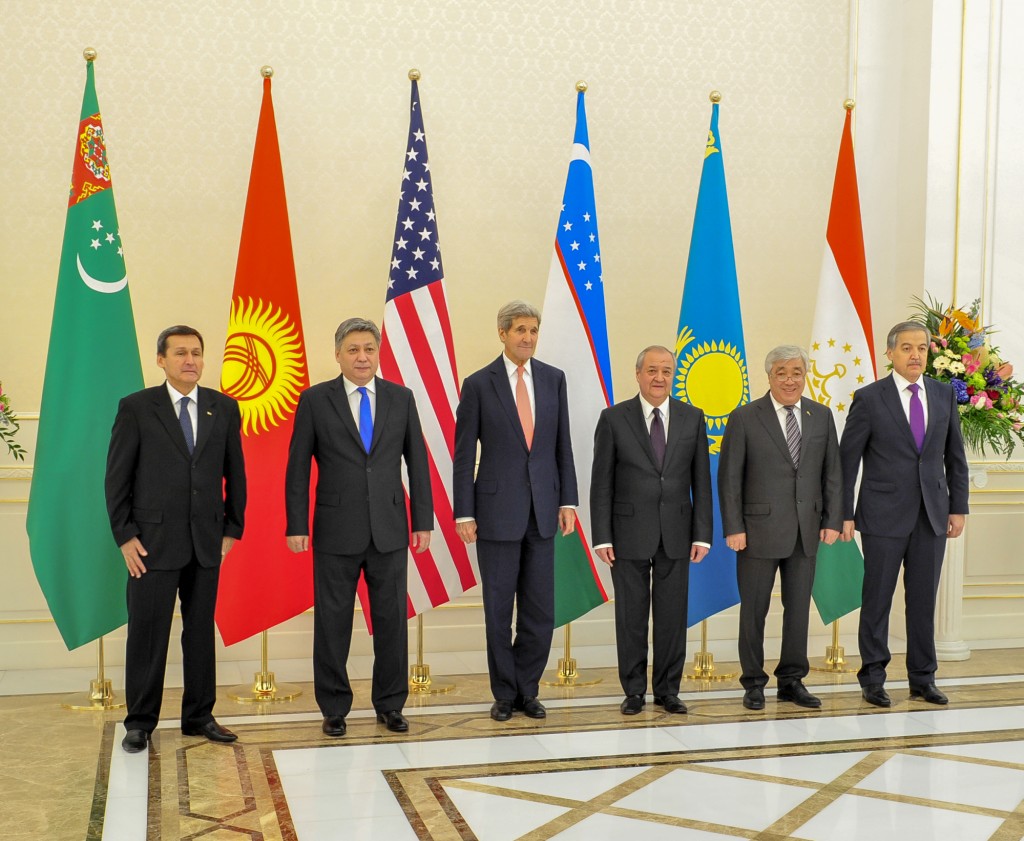 The agreement to meet in the new six-state format was reached during the 70th session of the United Nations General Assembly in September in New York.

“The U.S. does support the sovereignty and the territorial integrity and the independence of each country that is represented here. It’s very important for the countries of the region, in our judgment, to have healthy and mutually beneficial relations among yourselves, each of you, country to country, but also with neighbours and with all countries. And that’s really what brings us here,” said Kerry in his speech.

“For our part, we want to broaden and deepen our bilateral relationships through the region. We need to be clear that friendship with one country does not – at least it should not – diminish the possibilities of friendship with another country. This is not a zero-sum game. Every country has the right to manage its relationships with whichever country is chooses, or not; to be free from external pressure and from intimidation. And that is a fundamental principle which brings us to the table,” he added. 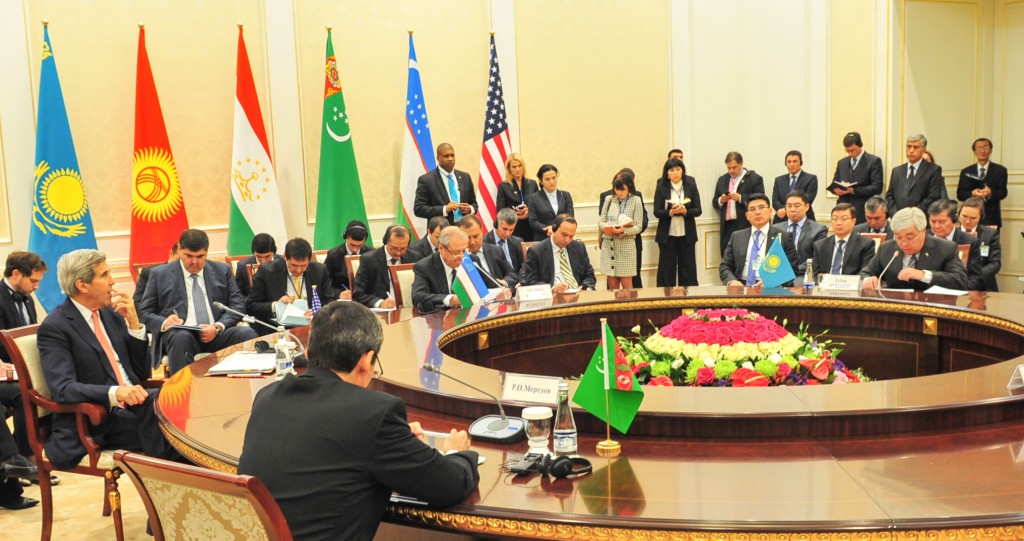 Kerry noted that clean energy represents a remarkable market for the future. He announced that the U.S. is launching a new programme called Smart Waters. In his words, this initiative will train the next generation of expert water managers and focus on river basin planning and sustainable water management.

Kerry underlined that the U.S. is continuing to support education in Central Asia by expanding the number of internships that are available for Central Asian students in the Fulbright and Muskie programmes.“The agenda of our meeting is relevant more than ever today. The region remains one of the least integrated in the world, with only approximately six percent of its total trade occurring within Central Asia. There is still no regional consensus on vital issues, such as water security, transport connectivity and trans-boundary issues,” Idrissov said in his remarks.

“Joint efforts between regional and global nations are required in order to find solutions to international conflicts. It is important for us that this becomes the core principle in the agenda of leading stakeholders, including the U.S., China, the EU and Russia,” he added.

According to Idrissov, Kazakhstan firmly believes that Central Asia, rather than being a site of “Great Game” tensions, can be an arena for “great gain” if all stakeholders in the region will see their involvement as full of possibilities for all sides to benefit, rather than a zero-sum game. Widespread economic cooperation benefits everyone and provides the foundation to build widespread trust and prosperity, Idrissov noted.

“President Nursultan Nazarbayev calls it Great Eurasia, which will bring together the Eurasian Economic Union, the Silk Road Economic Belt and the European Union in a single integration hub. Central Asia should be an integral part of this continental economic cooperation. The synergy of these mutually complementing projects will have a multiplicative effect on the economic development of all Central Asian nations,” Idrissov suggested.

Following the meeting, the parties issued a Joint Declaration of Partnership and Cooperation. It clarifies that the six countries will improve cooperation in regional trade, transport and communication, energy linkages and transit opportunities, including upgrading existing facilities and promoting common rules and regulations to realise fully the region’s great economic potential.

In addition, the declaration addresses environmental sustainability challenges, support for Afghanistan and its development as an independent state, contributions to global and regional nonproliferation efforts, the development of closer cooperation in humanitarian issues and the protection of human rights.