By Malika Orazgalieva in Nation on 3 November 2015

ASTANA – President Nursultan Nazarbayev publicly signed the new Civil Procedure Code (CPC) of Kazakhstan Oct. 31. The code introduces changes to procedures in investment, civil and other disputes and provides more options for reconciliation, among other changes. 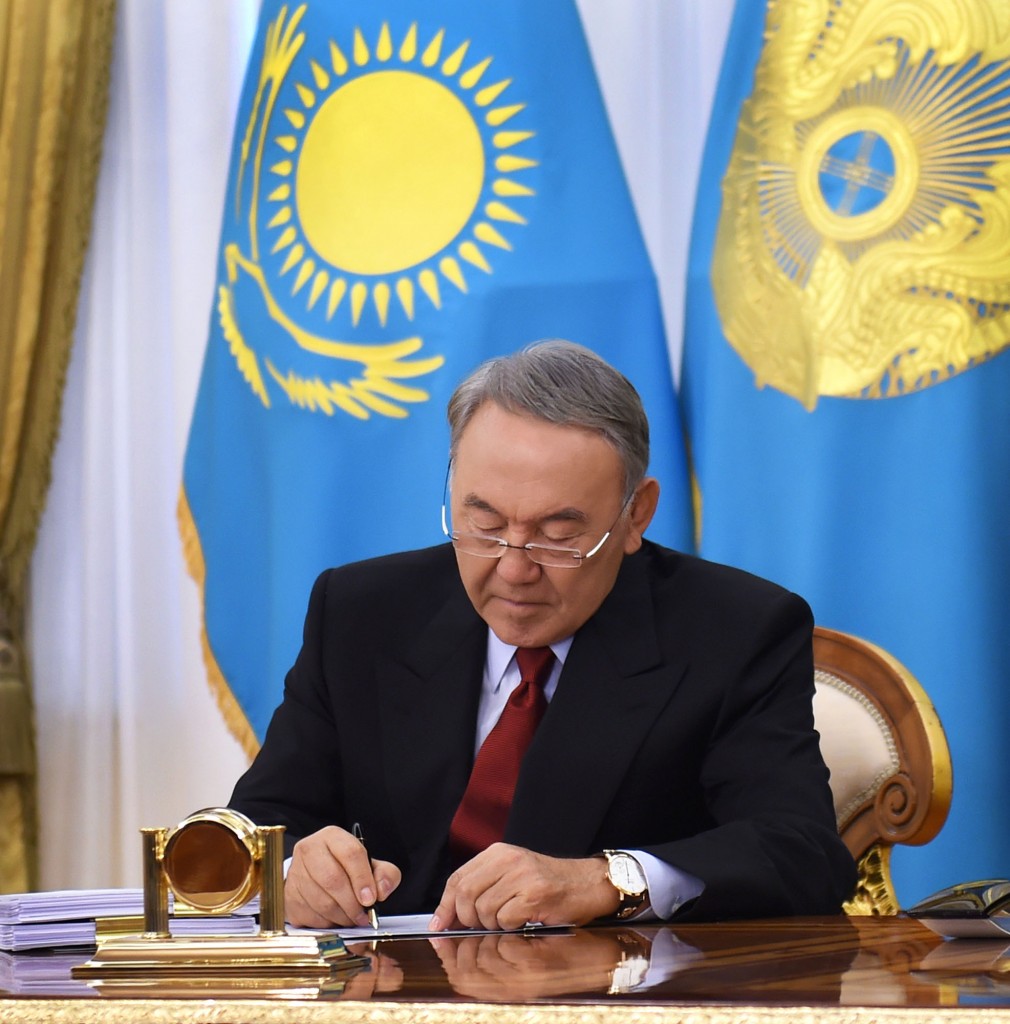 The new CPC will fundamentally improve the legal framework of the country, the President told assembled officials and the media during the first ever public signing of a law. “Its adoption significantly contributes to ensuring the rule of law. It keeps all current basic legal institutions, while at the same time, major changes will bring our legal framework to the best world standards,” he said.

Starting from next year, Kazakhstan will shift from a five-tier to three-tier court system. This will simplify the process of considering cases, improve efficiency and make decisions more understandable to ordinary people, Nazarbayev said.

Another change is a new procedure for considering investment disputes, which the President said will improve the country’s investment attractiveness and strengthen the institution of private property.
The new code also extends the possibility of applying information technologies in civil proceedings; for example, in providing copies of records more widely, which will ensure openness in the court system, Nazarbayev said.

The President emphasised that the new CPC contains many other innovations, such as a reduction in the role of prosecutors in civil dispute trials. “In addition, we are expanding the scope of the application of conciliatory measures in pre-trial settlements of disputes. Reconciliation will be implemented not only by mediators but also by judges of the first appellate court and lawyers. The widespread use of reconciliation will reduce the burden on the judicial system, and most importantly, reduce the time needed to resolve disputes,” he said.

“Everything will be brought into a single system. I think it is very important for society to trust the courts and be confident that a fair court is able to solve their problems. The code is designed to meet this task,” the President said.

Nazarbayev noted that the new CPC is the 17th law he has signed so far this autumn that supports the ongoing five institutional reforms programme launched in the spring. The programme, which is being implemented through the 100 Concrete Steps plan, will require a total of 59 new legal acts, he said. Nazarbayev commented that Kazakhstan’s Parliament has been working hard to support the reforms, passing 16 new laws for signature already and now the new CPC.