By Kamila Zhumabayeva in Business on 20 November 2015

ASTANA – Kazakh Minister of National Economy Yerbolat Dossayev reassured residents that the increase in excise taxes for petroleum products will not cause a surge in petrol prices. The hike in excise rates will be assumed by wholesalers and the additional profit obtained by rising gasoline prices will be transferred to the country’s budget, reported Khabar.kz following the Nov. 17 announcement. 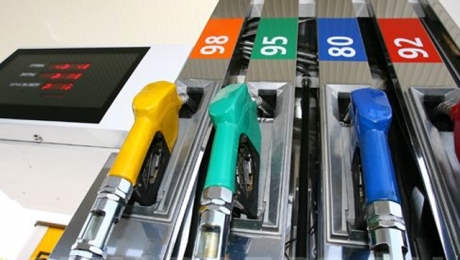 “We believe that excises are the revenues of local budgets and that the replenishment of local budgets should occur. We shall see the issues we have that relate to the market and import volumes. We have previously discussed with factories that are going to supply us that the petrol price remains the same,” Dossayev told Khabar TV.

According to the news agency, government officials indicated excise rates will rise only 5 tenge (US$.02) per one litre, resulting in an insignificant increase in petrol prices. The committee on monopolies regulation and protection of competition will closely monitor possible cases of price collusion between supplier companies.

Excise tax rates for petroleum products have not changed for the last 15 years and the current measure is quite logical, the minister noted.

On Nov. 6, the government adopted the resolution “On amending the resolution to Kazakhstan’s government dated March 13, 2015, on approval of excise tax rates on petrol and diesel fuels, except aviation fuel,” Zakon.kz reported Nov. 16. The resolution will be put into effect 10 calendar days after its first official publication, on Nov. 25.

“The cost for [the most popular AI-92] petrol was 128 tenge (US$0.42) in August 2014, but then the cost for oil was $102 per barrel. Now a barrel is worth $45, but the gasoline is still 128 tenge (US$0.42). The price had to fall, while on the contrary it is growing. It is therefore impossible to forecast the price increase exactly due to rising excise taxes,” economist Sergei Smirnov told Tengrinews Nov. 16.

Smirnov noted that gasoline prices in Kazakhstan depend on the Russian market due to the delivery of fuel from that country. Fuel prices are on the increase there, he added.