ASTANA – The conference of Kazakh packaging producers held in the capital Nov. 6 included discussions by representatives of domestic businesses who expressed dissatisfaction with the pricing policy for packaging products. The conference was attended by the heads of 50 packaging companies, industry experts and competent experts from Russia. 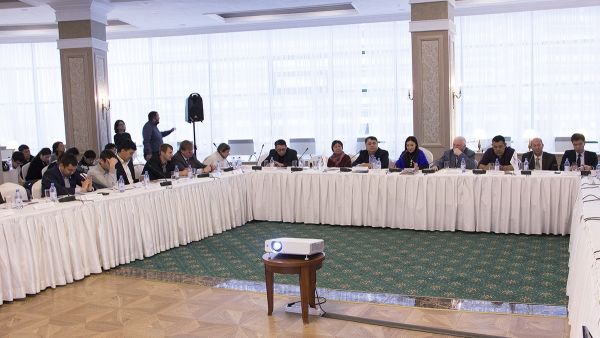 “The price policy of Russian companies that produce materials for packaging is excessive and in some cases does not match the quality,” said Polivest Director Bauyrzhan Zhussupov.

“The capacity of Kazakhstan’s packaging market barely reaches $700 million. Domestic packaging producers hold no more than 35 percent of the domestic market; the rest is imported mainly from China and Russia. For example, the Kazakh packaging market is about 25 times smaller than the Russian market and our Russian partners have relatively more opportunities for the development of the industry and its promotion. No one argues with that; the only issue is the price, which is too high,” she said.

Shakhanova added that although Kazakh enterprises are able to provide packaging to the domestic market, there are a number of factors that impede implementing this important task.

“One of them is the growing import of polypropylene packaging from China and noncompliance with quality requirements imposed by the technical regulations of the Customs Union ‘On the security of packaging,’ as well as problems with the provision of the production with the necessary raw materials. Local businessmen note the high rates of the Common Customs Tariff of the Eurasian Economic Union on polyethylene, polyvinyl chloride and aluminium foil and the high dependence of Kazakh production on Russian suppliers, reaching 70 percent, as well as problems with the provision of regenerated paper and cardboard,” she said.

The managing director also noted the packaging industry is not currently recognised as a separate category of economic activity, resulting in a shortage of state support both in terms of protecting the interests of business and supporting investment projects.

Igor Smirenniy, chief editor of the Russian magazine “Tara I Upakovka” and vice president of the Russian National Confederation of Packagers, noted that Kazakh businessmen have many of the issues as their Russian counterparts. He drew attention to the fact that the functioning of the Eurasian Economic Union should change the situation.

“The main issue is greed for money. The problem is that today’s economy is going through hard times and the owners of these enterprises are solving their local problems. They want to earn as much money as they can,” he said.

Pira International has forecast that in 2016 the turnover of the global packaging industry will reach $820 billion, with an annual 3 percent growth achieved by packaging materials including cardboard and hard plastic. The biggest packaging consumers are the United States ($137 billion in demand), China ($80 billion) and India (demand will reach $24 billion in the coming years).