ASTANA – The Almaty Marathon, the annual charity marathon, which is to be held in Almaty Nov. 21 starting from the Park of the First President and finishing at the Central Stadium, has opened online registration at almaty-marathon.kz, Tengrinews.kz reported. 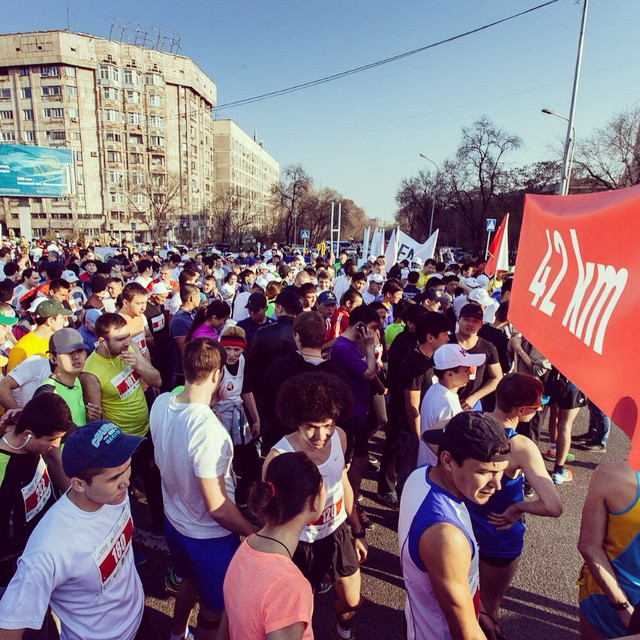 The event is a 42-kilometre and 195-metre marathon.

“Healthy lifestyle enthusiasts of any age or gender or physical shape can participate. The event aims to attract anyone who loves jogging,” Saltanat Kazybayeva, director of the organising committee, said.

For younger runners aged 10-14, who have the privilege to participate for free, there will be a distance of two kilometres. For runners in the age groups 15 to 34, 35 to 49, and 50 and over, there will be a distance of 15 kilometres. All potential runners have to do is read about the terms of the marathon, register online and pay a 1,000 tenge flat fee.

“All the collected funds will be spent on charity,” the official website states. “So besides the main goal, which is to popularise a healthy lifestyle and jogging, the Almaty Marathon also covers some of the important social functions, attracting the community to social obligations, giving every person an opportunity to make a contribution to a benevolent cause.”

In 2012, the funds collected during the marathon in Almaty were spent on a programme of support and rehabilitation of children with cerebral palsy. In 2013, the collected funds were transferred to the rehabilitation centre Ardi for the construction of a mini-water area to accommodate children with cerebral palsy. In 2014, the raised funds were used for the treatment of three-year-old Darina Lik.

Also, as part of the Almaty Marathon, general sponsor of the event Astana Motors presented the Oncology Department of the Research Institute of Pediatrics and Pediatric Surgery in Almaty with an ambulance. Earlier in 2015, the funds were spent on the construction of a sports complex for special boarding school No. 9 for children with severe speech disorders.