By Michelle Witte in Nation on 6 November 2015

ASTANA – The European Bank for Reconstruction and Development (EBRD) announced three major financing deals to support small business development, road infrastructure and public transport in Kazakhstan Nov. 3. The agreements were signed in London during the Nov. 3–4 visit of President Nursultan Nazarbayev to the British capital. 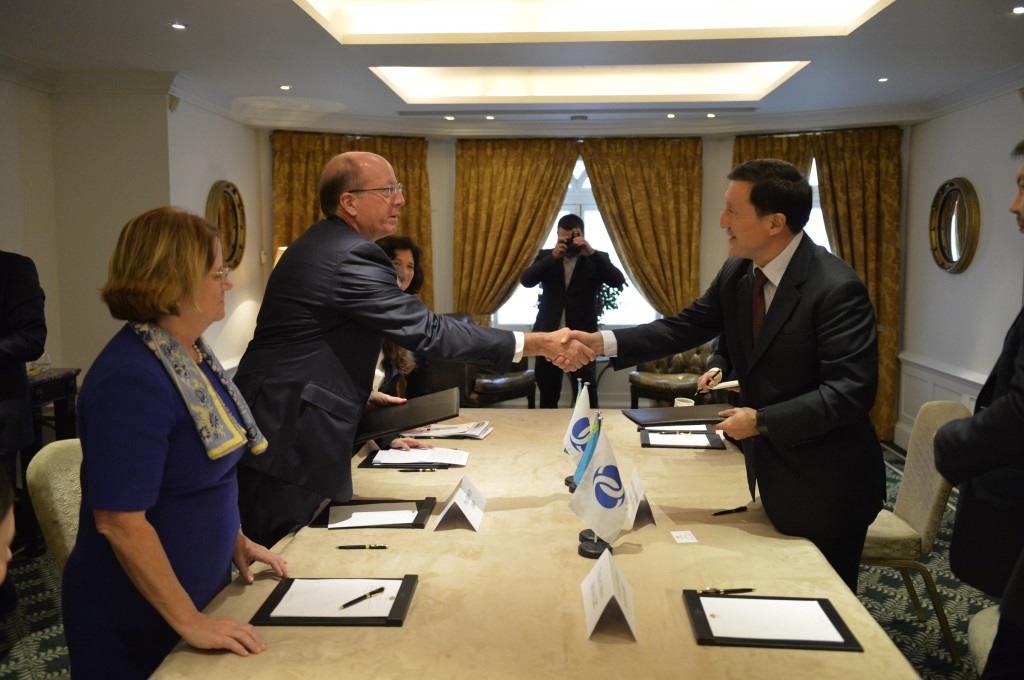 Under one agreement, the EBRD agreed to provide 13.5 billion tenge (US$47.68 million) to Bank CentreCredit for on-lending to small and medium-sized enterprises (SMEs), the EBRD announced. Bank CentreCredit is a local partner of the EBRD and has so far received $115 million in financing from the EBRD to support private SMEs, either as direct lending or cross-border trade support, according to the EBRD.

Bank CentreCredit CEO Vladislav Lee said, “The credit line from the EBRD will support the government’s efforts to reform the economy of Kazakhstan, particularly in stimulating the growth of small and medium-sized businesses. In the current environment with many small businesses having limited access to credit funds, we are convinced that the EBRD’s loan will help local entrepreneurs to develop and maintain their current operations,” at the signing, according to an EBRD press release.

In another agreement signed in London on the same day, the EBRD and the government of Kazakhstan signed a memorandum of understanding on supporting Kazakhstan’s Nurly Zhol economic stimulus programme, which focuses on infrastructure development. According to an EBRD press release, one of the first projects under the new agreement will be the modernisation of an 80-kilometre stretch of road that connects the cities of Astana and Almaty, between the villages of Kurty and Burylbaital. 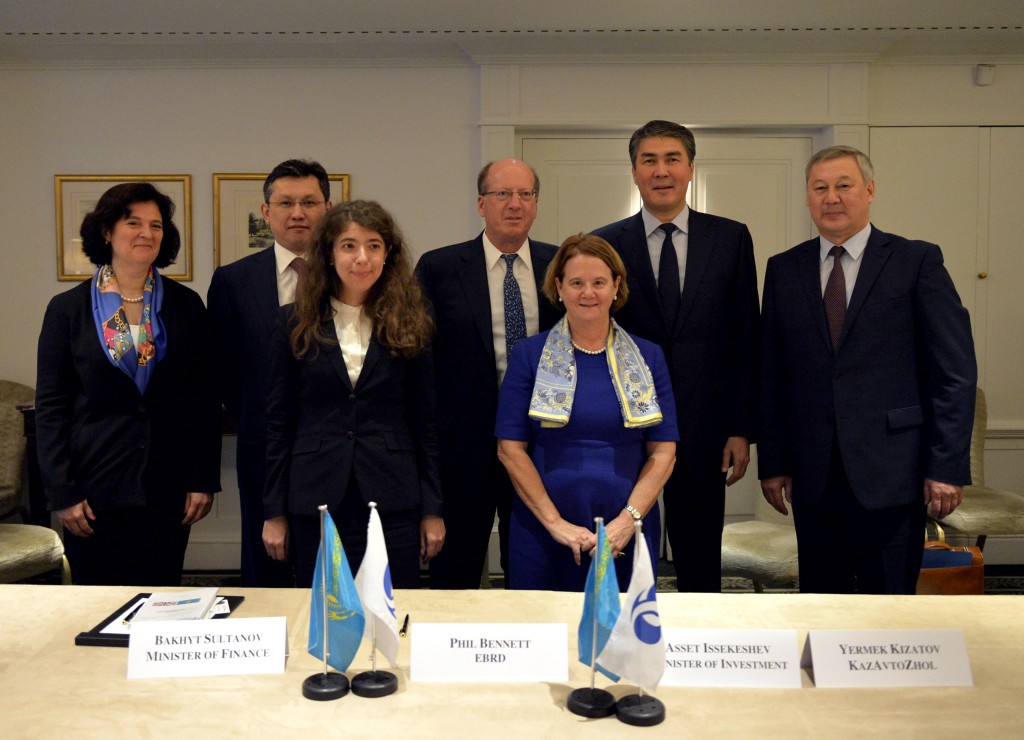 At the signing, Bennett said modern road infrastructure would be crucial for the economy of Kazakhstan and the region in general. “Given our mandate to support private sector development, we are especially hoping to attract private initiatives and financing to the road sector,” he said, according to an EBRD press release.

The third agreement, signed by Bennett and Astana Akim (Mayor) Adilbek Dzhaksybekov, will direct 65 million euros to purchase up to 200 modern buses for Astana. The buses, which will be accessible to wheelchair and pushchair users, will be purchased by municipal company Astana LRT and leased to a mix of public and private bus operators, according to the EBRD. The bank will also provide a 75,000-euro grant for the preparation and tendering of public service contracts, which will set out quality standards, frequency of service and other issues, between the city and the transport operators that will lease the new buses.

The agreement is the fourth EBRD project supporting modern public transport in Kazakhstan, the EBRD reports. The bank has financed buses in Almaty and Kyzylorda, trams in Pavlodar and electric substations for electric transport in Almaty. “Today I am very proud to sign this agreement, which marks the start of our cooperation with the nation’s capital in the public transport sector,” said Bennet at the signing in London, per the EBRD.