ASTANA – The Kazakh Senate passed a draft constitutional law Oct. 5 “On International Financial Centre Astana.” The bill is focused on establishing the Astana International Financial Centre (AIFC), which will be designed to provide a favourable and attractive environment for those entities working there and to turn Astana into a major financial hub in the heart of Eurasia. 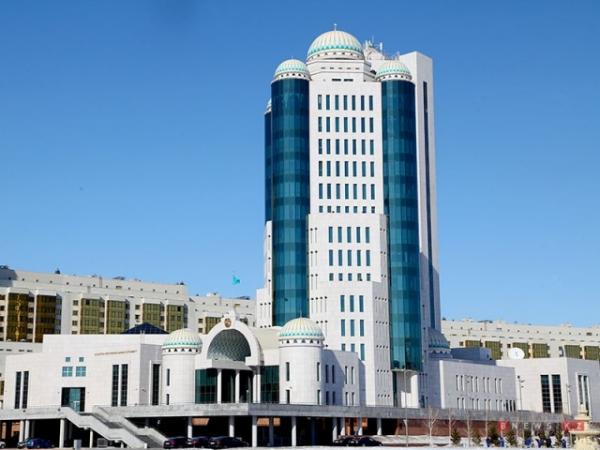 The centre will be under a special legal regime, which will result in the existence of its own legislation, according to the Parliament website. The law will provide for the formation of a special council for the centre’s management designed as a permanent collegial body headed by the nation’s President. In addition to the council, AIFC will have its own committee to regulate the activities of the participants, an administration and a court.

AIFC acts will be based on the English and Welsh principles and rules of law and standards of the world’s leading financial centres, in particular, the regulations of the Dubai International Financial Centre. The law also outlines goals, objectives and principles of AIFC activity as well as its regulatory principles and the definition of its bodies and their powers.

The bill defines the legal status of the AIFC court as independent and separate from the Kazakh judicial system. Its exclusive purview will be the consideration and resolution of disputes solely between AIFC participants, taking into account the centre’s acts and existing judicial precedents.

President Nursultan Nazarbayev announced the proposal to establish the AIFC during the Astana Economic Forum in May 2015.

“We have held talks with representatives of the Dubai [International Financial] Centre and agreed that their experience will be completely transferred to Kazakhstan. Thus, our focus will be based on [introducing] the principles of English law, a preferential tax regime and an independent financial court. We are confident that the Astana financial centre will be the core of the financial infrastructure in Kazakhstan and in the future [will turn into] a financial hub of the whole Central Asian region,” President Nazarbayev said at the time.

The bill now awaits the presidential signature for it to become the law.