Kazakh sailors recently participated in a two-week military training utilising autonomous and remotely operated underwater vehicles in the city of Toulon, France, reported the press service of the Kazakh Ministry of Defence. 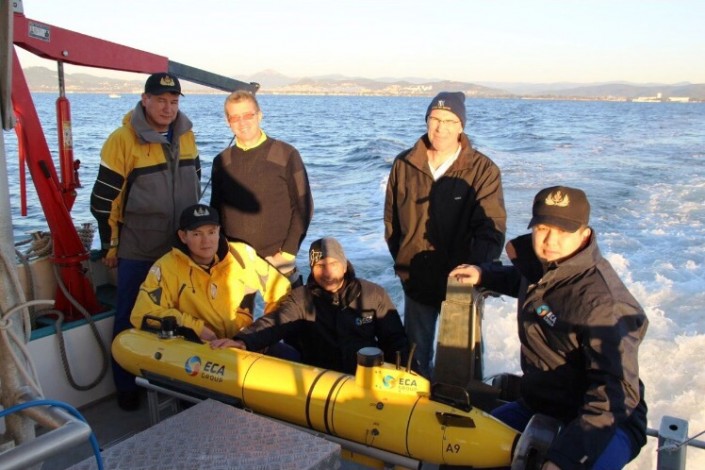 The vehicles collect information on topography, the structure of the upper layer of sediment and the presence of objects on the bottom. Some can be plunged to great depths and be used for filming and monitoring underwater objects, such as pipelines. They can also search for and neutralise underwater mines. The Kazakh Navy expects to begin using the vehicles this year.

Kazakh sailors visited the plant where the vehicles are built and conducted training operations in the open sea, including a full military operation for mine-detection.

Each year, the Kazakh Navy on the Caspian Sea adds new technology. One of the latest is the new mine-sweeping vehicle produced at the Nevsky shipyard.

Earlier this year, Kazakh sailors also completed training on the base of the Fifth Fleet of the United States Navy in Bahrain.

“We were learning how sailors of the U.S. Navy organise their daily service on the ship, what military and physical training they do. It was a fruitful exchange of experience and useful knowledge, which I think will be useful for our future service,” said Captain-Lieutenant Aibek Dzhumanov.

The press service release also stated that such cooperative trainings are good for the Kazakh Navy, which hopes to expand the diversity of its training partners.