By Malika Orazgaliyeva in International on 28 November 2015

ASTANA­­ – Foreign Minister of Kazakhstan Erlan Idrissov was received by Iranian President Hassan Rouhani and met with the country’s government officials during his visit to Tehran Nov. 24 for talks on intensifying bilateral cooperation in trade, economy, investment, the energy sector and infrastructure. 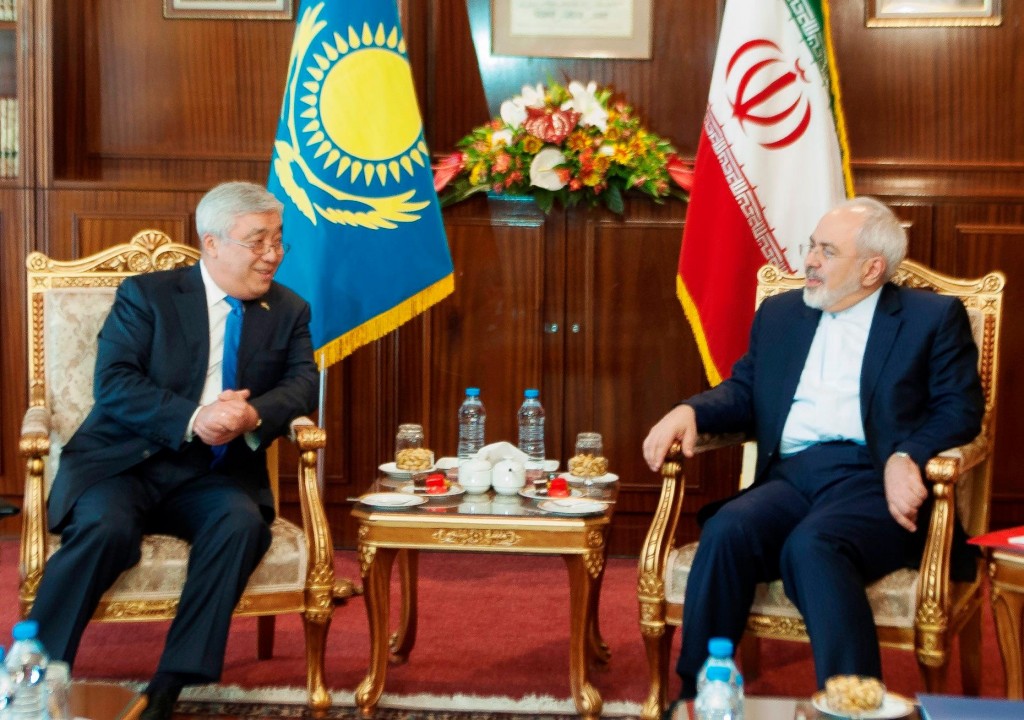 Rouhani praised Kazakhstan’s initiatives in international security and cooperation as well as the country’s important contribution to the process of reaching an international agreement on Iran’s nuclear programme.

Idrissov conveyed greetings from President of Kazakhstan Nursultan Nazarbayev and expressed the Kazakh President’s appreciation for the results of Rouhani’s state visit to Astana in 2014, during which the leaders discussed a wide range of priority issues of political, trade, economic and investment cooperation, as well as pressing international and regional problems.

Rouhani noted that Iran is looking forward to Nazarbayev’s official visit to Tehran, planned for the beginning of next year.

Idrissov and Foreign Minister of Iran Mohammad Javad Zarif discussed priority areas of political cooperation between the two countries, as well as regional issues, including the threat of terrorism and extremism.

The parties emphasised the need for comprehensive expansion of bilateral economic cooperation and touched upon the effective use of the transit and transport capacity of Kazakhstan-Turkmenistan-Iran railway, which is helpful for connecting the eastern seaports of China with the Persian Gulf through the territory of Kazakhstan. Visa regime simplification for touristic and business purposes was also discussed.

Idrissov thanked the Iranian side for their support and their agreement to take part in the upcoming EXPO 2017 in Astana.

During the meeting with Iranian Minister of Industry, Mines and Trade Mohammad Reza Nematzadeh and Minister of Petroleum Bijan Zanganeh, the parties discussed prospects of cooperation in mining, trade, agriculture and banking, as well as collaboration in the oil, gas and petrochemical industries. The ministers pointed out the need to develop railway infrastructure, build cargo and grain terminals in Iran and Kazakhstan and increase the number of direct flights, including between the regions of the two countries.

The Iranian side proposed that Kazakh businesses take an active part in joint implementation of new projects on Iran’s markets.

Following the talks, the sides reached concrete agreements on holding expert talks on a number of practical issues in trade, economy, energy and investments and arranged the meeting of the bilateral working group that will be held on the eve of Nazarbayev’s visit to Iran.