Kazakh Blogosphere Presents New Type of Media for its Audience

ASTANA – As the number of Internet users rises, online publications are becoming more and more popular. In the age of new technologies, any kind of information is available with one click. In Kazakhstan, bloggers are becoming an additional source of news and informed opinion in a developing media sphere. 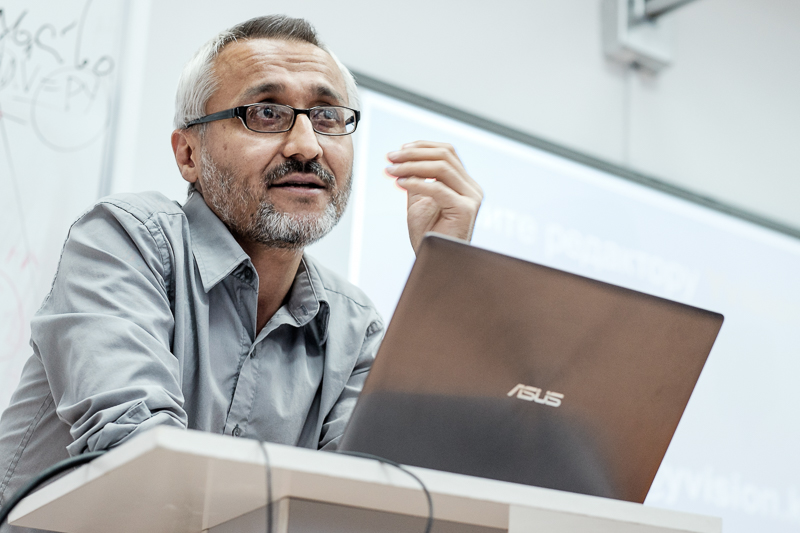 Kazakhstan has several popular blog platforms, the most prominent of which is yvision.kz (Your Vision). Founded in 2008, the web portal claims to be the Kazakh Internet communications centre and the main discussion area of the country.

Rustam Niyazov, 45, is an editor at Yvision. He is responsible for developing content and communicating with the authors, selecting the best publications and creating new projects and discourses.
“Now there are about 300,000 accounts, but steady growth in the number of new users is not our measure of success. The traffic increase is much more important. There are about one million unique users monthly,” said Niyazov in a recent interview with The Astana Times.

Niyazov noted the increasing number of bloggers is connected to the present post-industrial community facing the crises of the times.

“The fact that bloggers have free time means that they are not busy with really intense, all-consuming work. As soon as employment with decent wages increases, the number of bloggers will subside,” he said.

The editor added the success of any blog lies in the degree of sociality of the author and shared his opinion whether blogging could be a full-fledged profession.

“I do not know any successful blogger who is a recluse or an introvert. The blogger is the continuation of human nature. To be a professional blogger and to not have a certain profession is nonsense. Being a good person is not a position,” he said.

Yerzhan Rashev is 31-year-old blogger from Almaty who also works as a regional manager with Thomson Reuters. Followed by more than 10,000 people and friended by more than 4,000 users, Rashev is known for his sometimes-provocative posts about Kazakhs and the country’s life and society, which result in long discussions in the comment section.

“I wouldn’t say that I am a niche blogger, writing only on certain topics. But then, of course, I live in Kazakhstan and am surrounded by Kazakhs, so my inspiration definitely comes from that. I see a lot of positive things around and lots of problems. And I try to express my opinion on them by adapting in the culture, criticising and helping to change it. I like to go against the conservative, indoctrinated society. I like to awaken, to disturb, to communicate, to instigate and to provoke. In that sense, yes – I am a cultural provocateur,” said Rashev in an Oct. 29 interview. 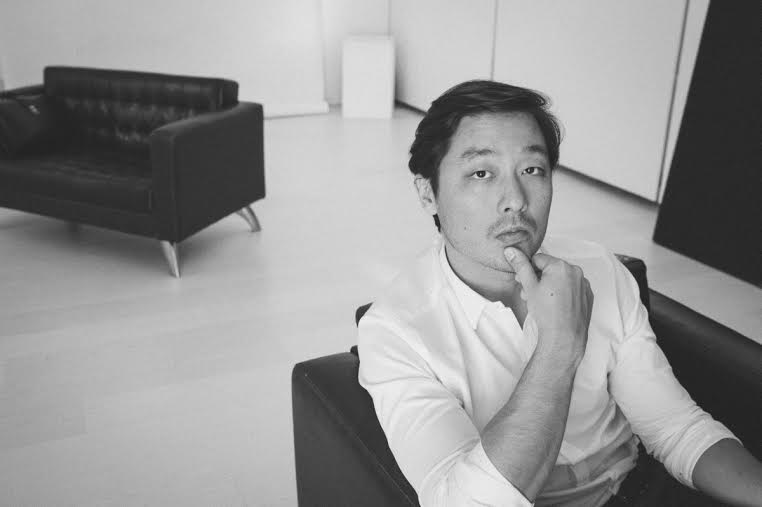 “When people asked George Lois, the guru of the advertising world, what advertising is and what it means to him, he replied, ‘Advertising is poison gas. It should bring tears to your eyes, unhinge your nervous system and knock you out.’ I could apply the same words to great blogging. For me, it is definitely a way for creativity that bowls people over,” he added.

Rashev wrote his first blogs five years ago on Afftor.kz, a popular platform at the time. He admits most of them were written during a rough period of his life and were mostly negative, because at that time he was trying to re-adapt to Kazakhstan after 10 years of living abroad. Later, he started his stand-alone satirical project Dokugusfra.com.

“It was the most aggressive, outrageous, radical and anarchic thing of all that I have seen on the Kazakh Internet. This satire, unfortunately, does not live long. However, it is for good,” he added.
In five to six years of blogging, Rashev hasn’t made a penny.

“Maybe that’s because I never set such goals for myself. It was always the channel to communicate with a large number of people, to share my ideas and an inner call. I always knew that in order to lead a joyous, fruitful and successful life, I had to write and be creative. And if somebody else is interested in reading it – why not?” he said.

Asked whether he could quit his job to become a full-time blogger, he noted expressing one’s opinion is a difficult way to make a living in hard economic times.

“But it is definitely a unique way to ignite your career from a non-standard point of view. All of the self-help books tell you that you should only do what you love. So far, I am pretty in love with my job. But who knows – maybe tomorrow I will discover my true identity,” he said. 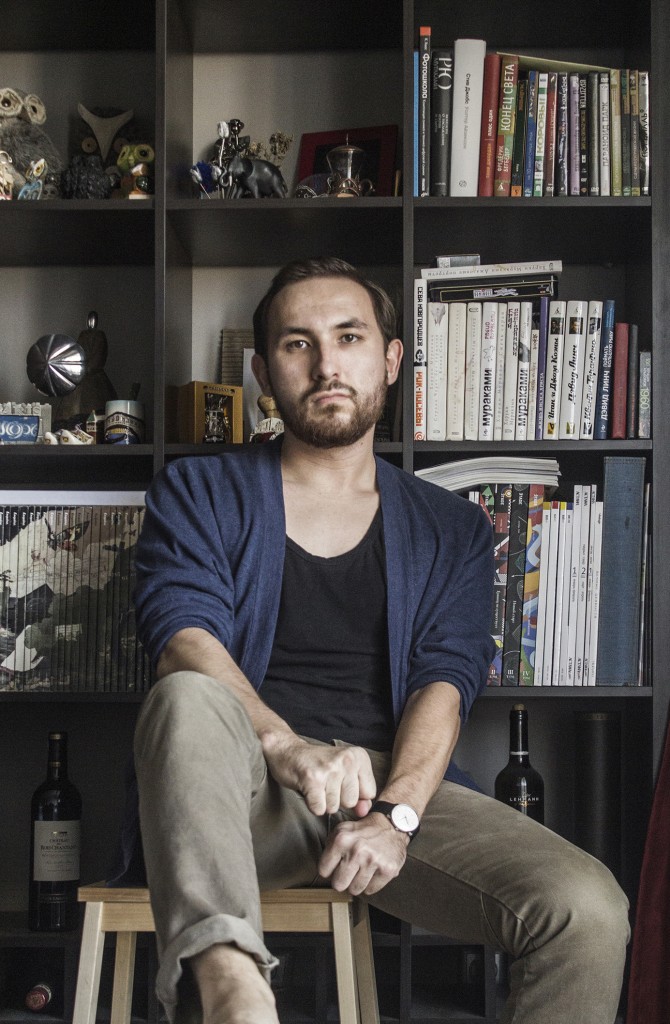 For Rashev, blogging is more than just reporting on events. He thinks blogging should be great – inventive, irreverent, audacious and create some sort of magic through words, concepts and images.
“The growing popularity of blogs is directly connected to the lack of free media in Kazakhstan. Facebook has become the only channel where people can tell the truth and share what is important to them. In our country, Facebook became a tribune for all kinds of people – political opposition, nationalists and just plain freaks. It is scary and amazingly beautiful at the same time,” he added.

Timur Zhansultanov is a 25-year-old designer from Astana whose yvision.kz blog was the most popular last month, with 500,000 views and more than 4,000 comments. He is famous for writing about Astana’s architecture, including the controversial Masonic symbolism in the capital, as well as a report about the new railway station.

For Zhansultanov, blogging started with his passion for photography. He used to post his photographs on social networks before starting his Yvision blog five years ago. As the posts started gaining likes, he again became involved with it. Zhansultanov does not recognise himself as a blogger and does not want to be called one. The designer admits he has been asked many times to post certain stories for money, but never agreed.

“I think that blogging cannot be a profession, but can be a full-time job. In the absence of any ethical constraints, some sensitive topics can put food on the table better than a good position in any company,” he added. “A professional blogger needs the ability to write literate texts. And to be honest, Kazakhstan has a very small quota for the opportunity to become a highly-paid blogger and that niche is already occupied.”

Zhansultanov noted the credibility level of bloggers is increasing day by day. 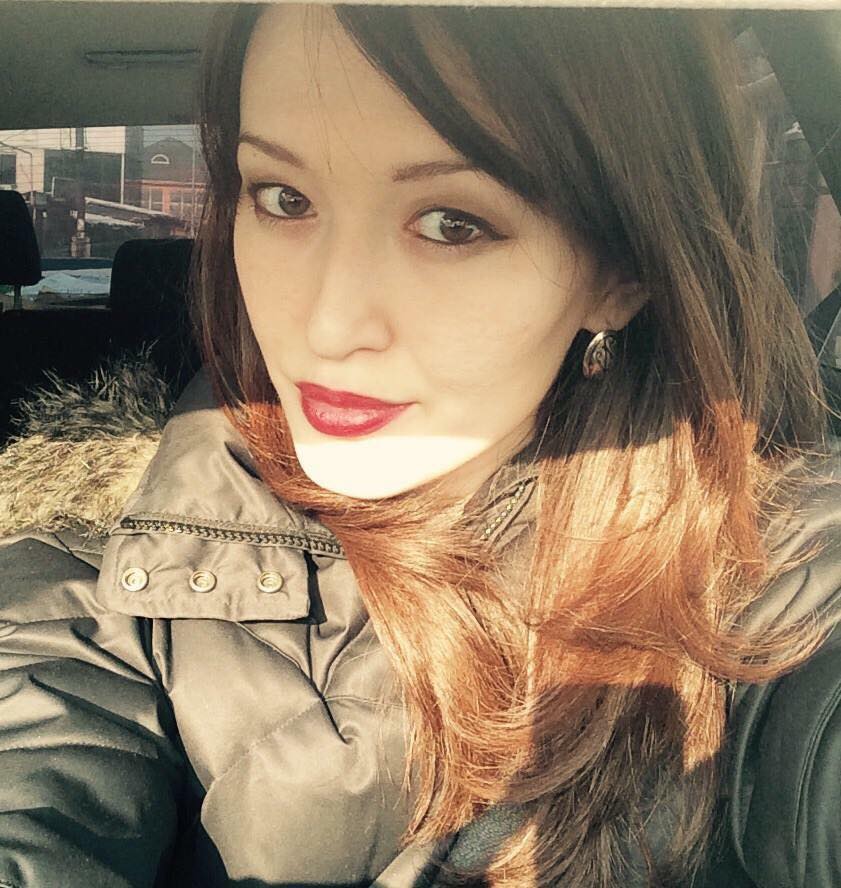 “If something happens, the first source to find out from is blogs and social networks. And they have a tremendous impact in terms of marketing. For example, no one is surprised by how personal reviews of popular beauty bloggers can boost sales of certain products. Even for small businesses, working with bloggers can be very productive. There are a lot of such examples. All of those things together make blogs so popular,” he said.

Aizhan Khamit, a 33-year-old journalist, is the creator of aizhanhamit.kz. She writes about Kazakh culture and history for Russian-speaking Kazakhs and other nationalities. She signed up on Facebook in 2007 and is now followed by more than 14,000 people.

“Mostly I do it [blog] for my soul. It is my hobby. I am engaged in journalism. Blogging helps to promote my articles. It is hard to call it a profession, because it requires no special training,” she said in an Oct. 30 interview.

“For me Facebook is a social network, not a blog platform. The content on my website is different; I post only good and edited articles there. I also write for gonzo.kz,” she noted, adding she thinks that there is no “secret ingredient” to a successful blog. 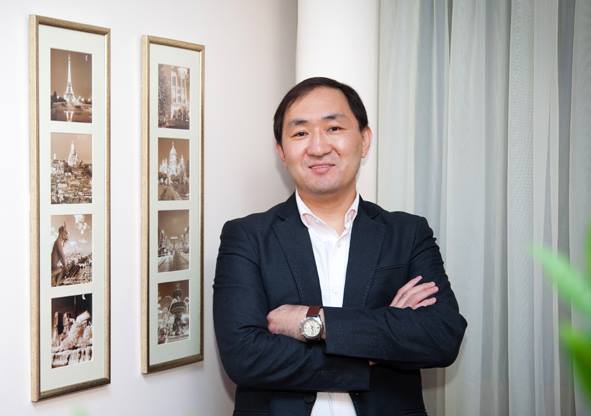 Alexander Tsoi, a singer, composer, blogger and writer, is also known in the Kazakh blogosphere. He started sharing his posts via Facebook in 2011; now, he is followed by more than 10,000 people. His posts cover different aspects of life such as humour, social issues, improving public services in Almaty, literature, art and travel. He noted his readers are in the age range of 30-60, but sometimes there are younger ones.

Although he feels blogging is gaining in popularity, Tsoi would not call it a profession.

“But who knows what will happen? We will see. The number of Facebook users increases every day. Today, it is the most popular resource in Kazakhstan. … There are a lot of good authors with their audience and unique view of life,” he said.

Whether people consider themselves bloggers, they are writing for people and gaining success and recognition. That is the initial goal. Modern bloggers need to be historians, marketers, journalists and psychologists; only a person with varied interests can become successful blogger. As the number of bloggers rises, people’s interests and knowledge in different topics is increasing as well.