The Slalom House project, designed by Kazakh architect Shokhan Mataibekov, representing the Union of Architects of Kazakhstan, was one of two Kazakh projects shortlisted for an award at the World Architecture Festival held in Singapore in November and is gaining international attention for its fanciful design. 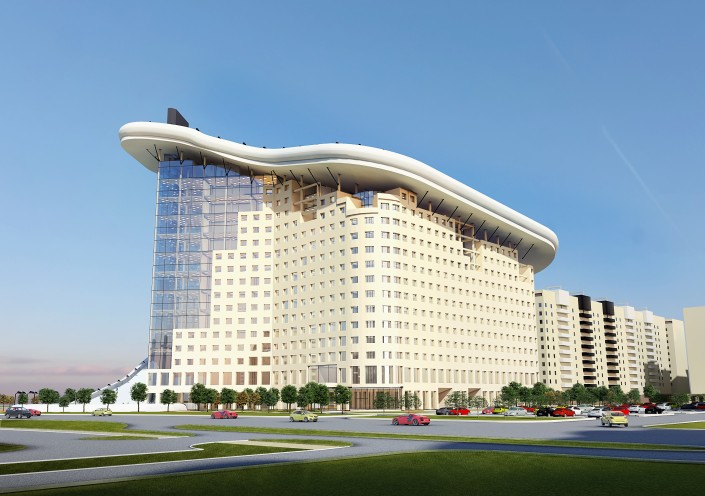 Two projects from the Union of Architects of Kazakhstan were shortlisted in the future residential projects category. Slalom House has earned praise for its whimsical design, and has been included on lists like Business Insider’s “33 Ridiculously Cool Buildings of the Future” and the Huffington Post’s “World’s Most Amazing Future Condo Developments.”

“Because of the fact that there is no ski resort around the city [of Astana], the Slalom House is a very suitable construction for the region. If the project is approved for construction, the first floor is going to be given for trade purposes. The second and third floors will host hotel rooms and the rest of the building offers living area.

It should be the analogue of the Nurly Tau living complex in Almaty,” explained one of the authors of the idea Vladimir Kushenko.

The residential tower block is planned to be built on Koshkarbayev Avenue and Sarykol street. The total area of the building is more than 75,000 square metres, of which nearly 40,000 are meant for 421 apartments. The slalom slope is 326 metres long and 27 metres wide. 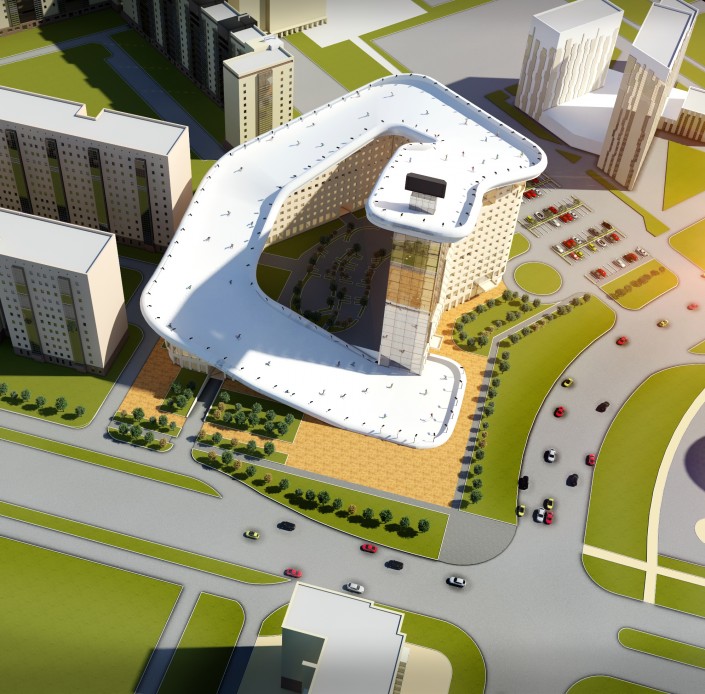 The concept envisions the construction of a slalom slope on the top of a U-shaped living complex. According to the architects, Slalom House, with its ski slope, could both make a contribution to the sport and entertainment options of Astana and become a tourist destination, as there is no other building like it in the world.

The skiing option will be available all year thanks to the Snowflex synthetic system. The reasonable cost of the Slalom House was also mentioned by the architects. The bulk of the cost of the building will be spent to acquire the Snowflex surface. The slope itself will be created using the varying heights of the floors of the building. Moreover, the cost of elevators, which will take skiers and snowboarders to the start of the run, is several times lower than the cost of a cable car or other lifting system usually used for real slopes.