ASTANA – With practically no chance of making the Champions League playoffs, FC Astana went into their Nov. 25 battle with Benfica at full throttle anyway, charging their visitors from the first moments of the game in hopes of at least getting their first Champions League win. Earning a two-goal lead for much of the first half, their chances looked surprisingly good – but the Portuguese side managed to come back and take one point home with them in the end. 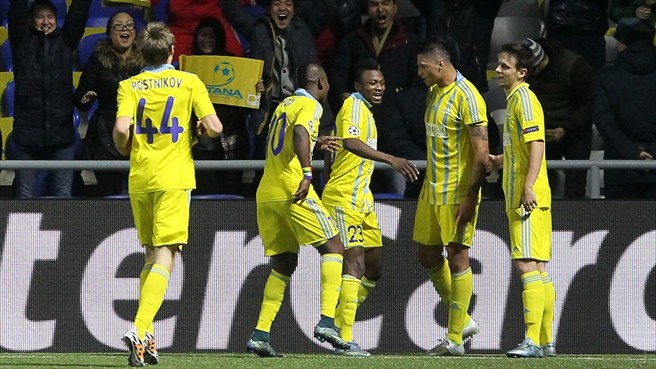 Had Benfica won the game, they would be absolute leader in Group C, making it a very important game for the Portuguese. Yet Astana played like they had nothing to lose and lived up to their fans’ expectations by giving a great performance.

In the 18th minute, Astana’s Patrick Twumasi scored a header on a perfectly served cross by Foxi Kéthévoama to the mad ovations of the stadium, as the home team was the heavy underdog. Then in the 30th minute, Kéthévoama’s free kick let Marin Aničić score off his back and make it 2:0 for Astana.

Astana was in the process of making a sensation in the Champions League. All the team had to do was keep their guests in the two-goal hole. 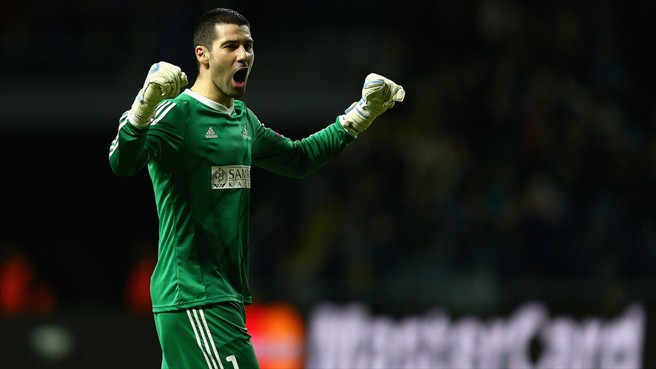 Benfica, however, rehabilitated right away with several attacks before the end of the first half, and in the 40th minute Raúl Jiménez dragged Astana back to Earth by making it 2:1. In the second half, Astana once again started strong with attempts to get one past Benfica goalkeeper Júlio César, but instead, Jiménez put another one in the Astana net in the 70th to equalise the situation.

“I think today was a really good performance from us,” Astana coach Stanimir Stoilov said after the game, as UEFA.com reported. “We scored goals and did everything we could to win, though we’re disappointed not to have scored a third to secure the victory. However, even if we had lost I would have been happy, because the team showed they can play football at the highest European level.”

“It was a really tough game for us – nobody has had an easy match here,” Rui Vitória, Benfica’s coach, said. “Astana caused us major difficulties but we got the point, which keeps us on track, and we are satisfied with the result. The most important thing was that the boys who came off the bench played well.”

FC Astana will have its last Champions League match against Galatasaray on Dec. 9 in Turkey. If they win there, they still have a chance to play in the Europa League play-off stage.