By Demetrio Bueno Carvalho in Op-Ed on 13 November 2015

On the eve of the 21st session of the Conference of the Parties (COP-21) to the UN Framework Convention on Climate Change (UNFCCC), to be held in November-December 2015 in Paris, the debates on the best strategies to mitigate climate change become more intensified. The governments of more than 190 countries will gather in Paris to discuss a new global agreement on climate change, aimed at reducing global greenhouse gas emissions and thus avoiding the threat of dangerous climate change. 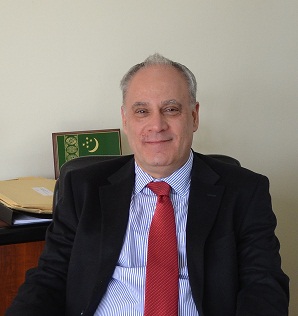 In this context, the issue of clean energy acquires special importance, and Brazil, as one of five countries in the world with the highest percentage of renewable energy in its energy matrix, can make an important contribution to the upcoming debate.

All participating countries have agreed to publicly outline what actions they intend to take under a new international agreement, known as their Intended Nationally Determined Contributions (INDCs). On its behalf, Brazil considers bioenergy, including biofuels, an important factor in reducing global greenhouse gas emissions that will form part of the Brazilian INDCs.

Referring to Brazilian experience, in the past 12 years the blending of ethanol with gasoline (anhydrousethanol) or its use as a pure fuel for automobiles (hydrated) prevented emissions of more than 300 million tonnes of carbon dioxide (CO2) into the atmosphere. Thus, the usage of biofuel derived from sugarcane allowed Brazil to reduce the emission of CO2 in an amount equivalent to the total annual emissions of Argentina, Peru, Ecuador, Uruguay and Paraguay combined. These figures are equivalent to the total annual CO2 emissions of Poland.

The Brazilian government promotes best practices in the production and sustainable use of biofuels not only within its own territory, but throughout the whole world. Along with Italy, Brazil co-chairs the Global Bioenergy Partnership (GBEP) and the Food and Agriculture Organisation of the United Nations (FAO), through which agreements were reached on 24 indicators of sustainability regarding the production and use of modern bioenergy, which were developed with an aim to achieve a balance between the environmental, economic, and social aspects of sustainable development.

It should be noted that the production and usage of biofuels in Brazil is environmentally-friendly. The areas reserved for biofuels production in Brazil cover less than 10 million hectares, which is equivalent to approximately 3 percent of the country’s arable land, or 1.17 percent of its total land mass, and without the expansion into lands inhabited by indigenous peoples.

The Sugarcane Eco-Agricultural Zoning (ZAECANA) programme ensures the environmental sustainability of sugarcane acreage. The Zoning excludes sensitive areas, such as those with native vegetation, the Amazon and Pantanal biomes, environmental protection areas and indigenous lands. Most of the land that is considered appropriate for sugarcane production is currently covered with pasture for extensive cattle rising or is degraded.

Further expansion of sugarcane plantation land is excluded. Much to the contrary: second-generation ethanol or cellulosic ethanol, which is produced from sugarcane straw and bagasse, reached commercial scale this year. The introduction of second generation ethanol will greatly increase production per acreage, from about 40 percent to an expected 250 percent when technology and production methods are fully developed.

Just to have an idea of what this productivity jump would entail, those gains would allow ethanol to replace 10 percent of total world gasoline consumption by 2025, using less than half current global sugarcane acreage.

Cellulosic ethanol is efficient both in terms of acreage and the potential for mitigation of greenhouse gas emissions. Studies conducted in Brazil have demonstrated that, throughout its life cycle of production, transportation and use, second generation ethanol’s carbon footprint is 90 percent lower than that of gasoline per unit of energy generated. In certain circumstances, second generation ethanol production cycle may even result in negative net CO2 emissions, as it captures more carbon than what is released into the atmosphere.

It is not easy to overcome the challenge of decarbonisation. The transport sector, in particular, poses the greatest challenges in many countries. In the short and medium terms, expanding the uptake of biofuels, by harnessing the enormous potential and efficiency of cellulosic ethanol, is one of the few clean, sustainable, and economically viable solutions for that sector. And it will be a major contribution in the fight against climate change.

The author is the ambassador of Brazil to Kazakhstan.