By Ilyas Omarov in Sports on 3 November 2015

ASTANA – While on tour in the European part of the Continental Hockey League (KHL), ex-coach of the Astana Barys Andrei Nazarov took the reins of the team again on Oct. 21 following the resignation of Yerlan Sagimbayev. 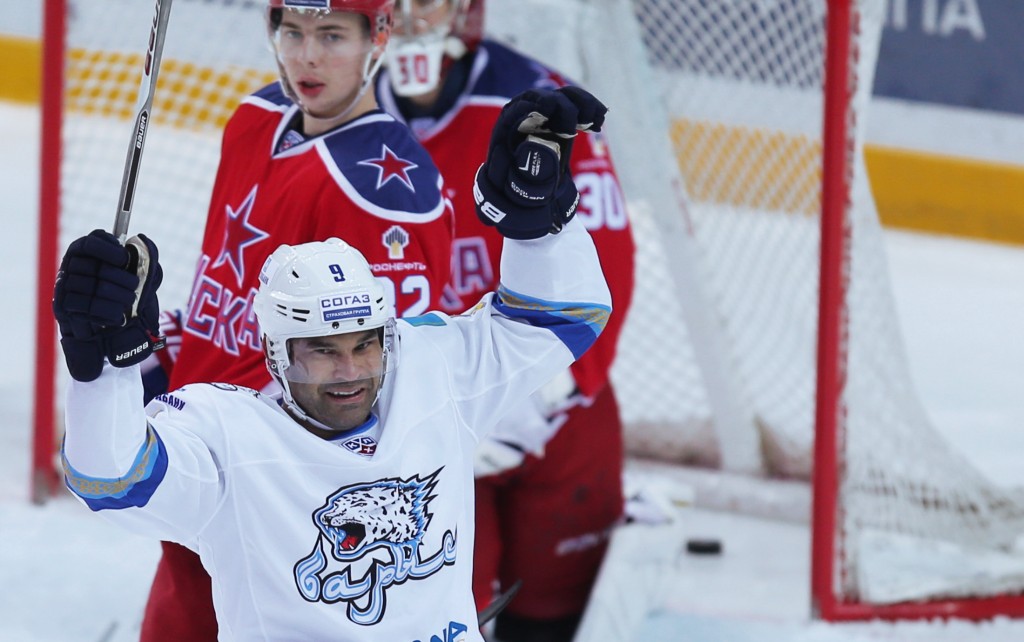 The 41-year old Russian joined the team in Slovakia, where the Barys stood against local favourites Slovan Bratislava. However, the new coach did not bring any luck to the Astana team, which lost 3:5. That loss was followed two days later by another defeat, this time 0:3 at the hands of Croatian outfit Medvescak Zagreb.

Barys then hosted two games that were somewhat special to the club in a historical sense. First, the team played its last match at the Kazakhstan Ice Arena on the capital’s Right Bank. The arena has seen all eight seasons with the Barys at KHL.

The match against Spartak Moscow did not lack entertainment value. After opening the score in the first period, the Astana club allowed three goals in 97 seconds in the second one. Then the home team hit back, scoring twice and sending the game into overtime, where it quickly scored a winning goal to complete the impressive comeback, 4:3.

The next match was played at the ultra-modern New Ice Arena (as it is officially named so far), where the Barys hosted Gagarin Cup holders SKA St. Petersburg. Additional interest came from the fact that Nazarov rejoined Astana only 10 days after SKA fired him following a poor start of the champions’ season.

That evening, to the delight of their fans, Barys showed more passion and deservedly won, 4:2, overcoming their formidable rival in virtually every aspect of the game.

Having played nearly half (28 out of 60) of the regular season games, Barys remains out of the playoff zone, ranking 12th in the Eastern Conference. However, two wins could see the Astana club back in the top eight.