By Michelle Witte in Sports on 5 November 2015

ASTANA – With a dramatic last minute save, FC Astana held Atletico Madrid to a 0-0 tie in a home match in Astana Nov. 3. With two games to go, Astana remain at the bottom of Group C of the Champion’s League; Atletico are second on points. 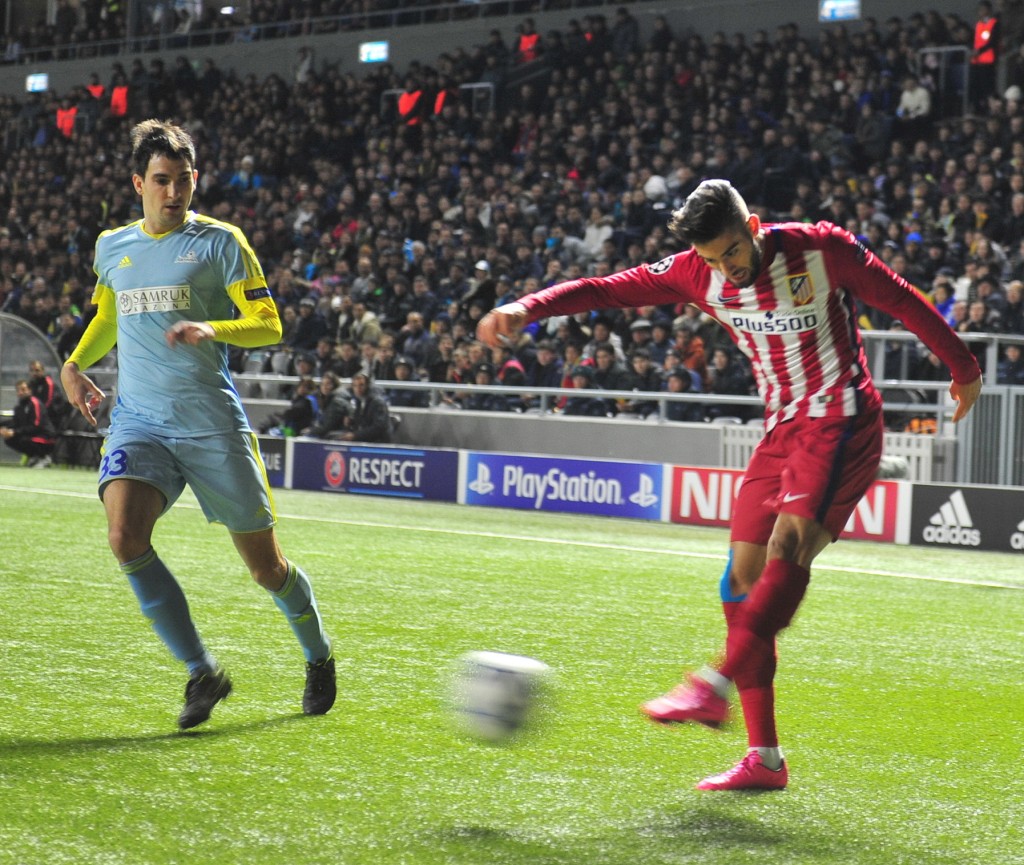 Atletico controlled the ball for more of the game than the home team, and Astana made four attempts to Atletico’s seven. Atletico had the two best chances to score in the match, first in the 11th minute, when Astana defender Evgeni Postnikov blocked a try by Tiago. Fernando Torres also had a shot at the 32nd minute, but it went wide; Koke popped a shot off Astana’s crossbar in the 45th minute.

Astana also had a few shots in the first half. Striker Junior Kabananga was a frequent presence near the Atletico goal, and nearly scored on a cross by Dmitry Shomko in the sixth minute, but saw it saved by Atletico keeper Jan Oblak.

Astana fought hard in the second half, and though Dmitry Shomko’s first try of the half was caught easily by Oblak, he forced the Atletico keeper to dive with another angle in the 72nd minute. Atletico’s Antoine Griezmann also gave home fans a scare in the 74th minute, with a shot that went slightly wide.

But the most exciting moment in the game came in the third minute of stoppage time, when Yannick Ferreira-Carrasco sent a shot toward the bottom right corner of Astana’s goal, but was saved by Astana keeper Nenad Eric.

The capacity crowd in Astana, which had roared for every home goal attempt and booed the visitors, celebrated the draw over the team that beat them 4-0 in Madrid two weeks before as though it was a victory. Throughout the game, home supporters made themselves known with waves and cell phone flashlights, chanting their team’s name.

Astana is the first Kazakh team in the Champion’s League group stage, and have been expected to struggle. While at the bottom of their group, Astana remain unbeaten at home. 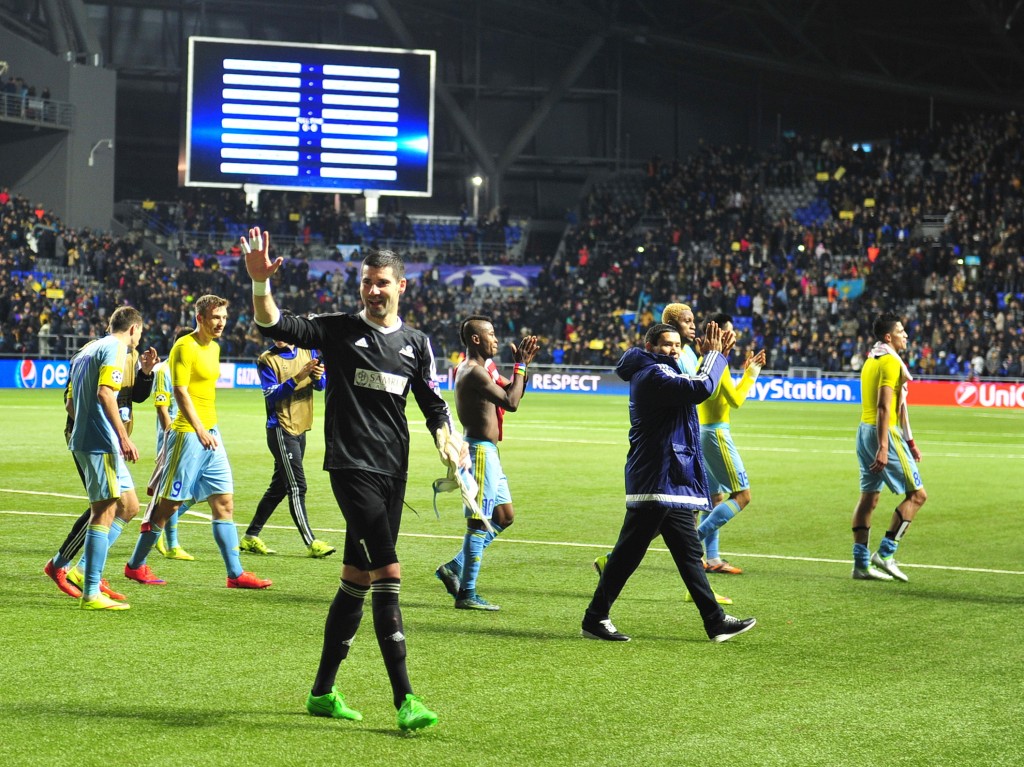 After the game, Atletico coach Diego Simeone said that he was satisfied with the draw on Astana’s turf. “The game was interesting. We were waiting for this rebuff. The opponent was well prepared; the stadium really supports their team. But we look to the future and work on,” he said, according to a Tengrinews report.

Griezmann praised Astana’s defence after the game, according to a report by Goal.com. “We gave everything and we couldn’t do it. They were very strong at the back,” he said. 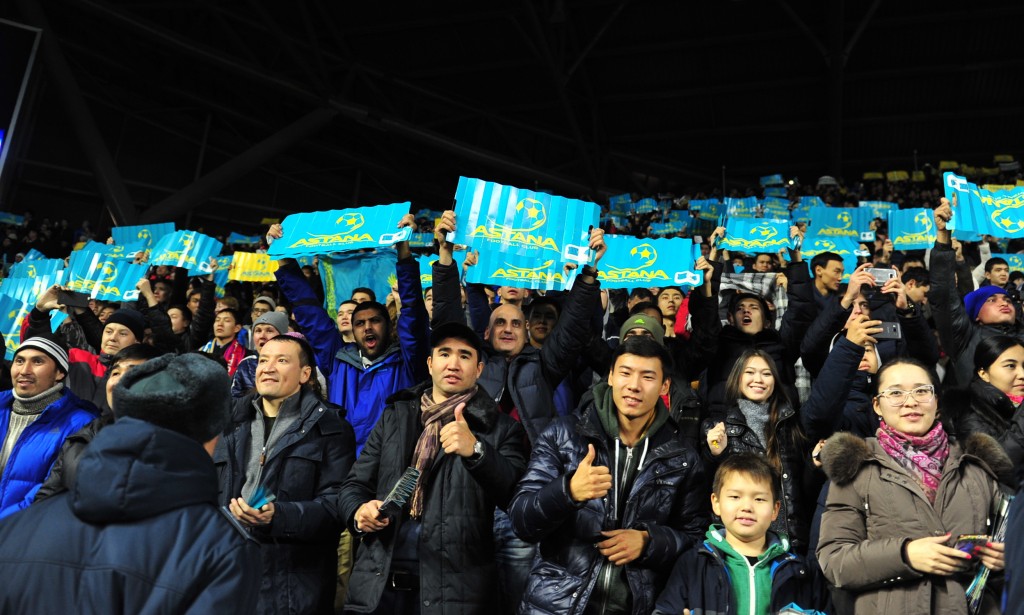 Tengrinews reports that Astana coach Stanimir Stoilov praised his team’s organisation, efficiency and dedication after the draw, which is being called “sensational” in local media. “We have given everything. We are not afraid of the opponent. The guys fought and deserved this point,” he said. The team was fighting to defend the prestige of all Kazakh football, the coach said.