ALMATY – Local patrons from the Museum of Modern Art Public Foundation received approval from the Almaty Planning Council for the construction of a modern art museum in the Bostandyk district. The developers say the goal of the project is to increase the city’s potential as an international tourist centre. 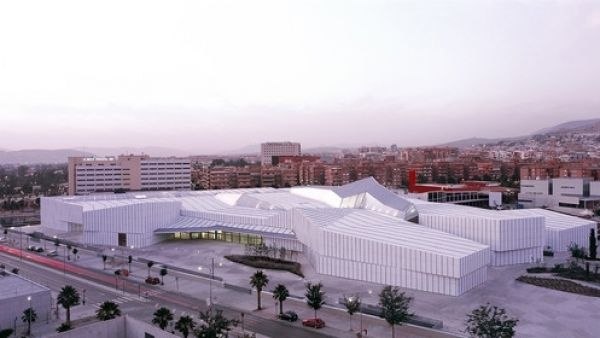 The building is proposed for a 2.17-square hectare parcel adjacent to the botanical garden in the northern part of Al-Farabi Avenue. The council members noted the museum might serve as a future entrance area to the garden, which currently does not have access to the street, triggering the development of the park as a whole. The developers have also been introduced to several requirements the project should initiate, such as establishing a school-studio of contemporary art within the museum. In addition, the land will be leased without the right of redemption and its use may not be changed.

Almaty Akim (Mayor) Bauyrzhan Baibek noted the significance of the undertaking, which is to be executed in the framework of the recent order of President Nursultan Nazarbayev to strengthen and develop Almaty’s status as a scientific, educational and cultural centre, as well as create comfortable living conditions in the urban area.

“It is very important for the city, which we want to make modern and relevant to international standards, to create good leisure conditions for its citizens. We must revive the cultural life of Almaty,” said the mayor.

The Museum of Modern Art Public Foundation was created by a group of patrons and acts as a nonprofit organisation aimed at creating a modern art museum in accordance with international standards, noted businessman Serzhan Zhumashov. The foundation hopes to attract one of the world’s most renowned architects, Carlos Ferrater of Barcelona, Spain.

The creator of the Office of Architecture in Barcelona (OAB), Ferrater is known for his spectacular approach to unique design and implementing effective techniques using geometric shapes. His bureau has extensive experience in developing museum and cultural centre construction projects. The company has completed several successful buildings, such as the Science Museum in Granada (Spain), El Ter Industrial Museum in Manlleu (Spain), the Confluence Museum in Lyon (France) and the Conference Centre in Castellón (Spain). In 1996, the OAB bureau received the prestigious V Bonaplata Prize from the Catalonia Association of Museums of Science, Technology and Archaeology for its contribution to museum development.

The council also approved construction of the Jubilee land housing complex in the Medeu district commissioned by Kumpolan Development and designed by RSP Architects Planners & Engineers, Singapore and KAZGOR. Great attention will be paid to vertical gardening in an effort to improve the residential apartment buildings.   The mayor noted the vital role of international experience to further Almaty’s urban development and stressed that each district should incorporate its own unique architectural appearance.