ZIBROO, Sportswear Made in Kazakhstan

After creating the Kazakhstan national team uniform for the 2011 Asian Winter Games, the 2014 Sochi Olympics and the upcoming Almaty Winter Universiade to take place in 2017, local manufacturer KazSPO-N has introduced its new sportswear brand, ZIBROO. The owners have also announced plans to enter the market in other countries. 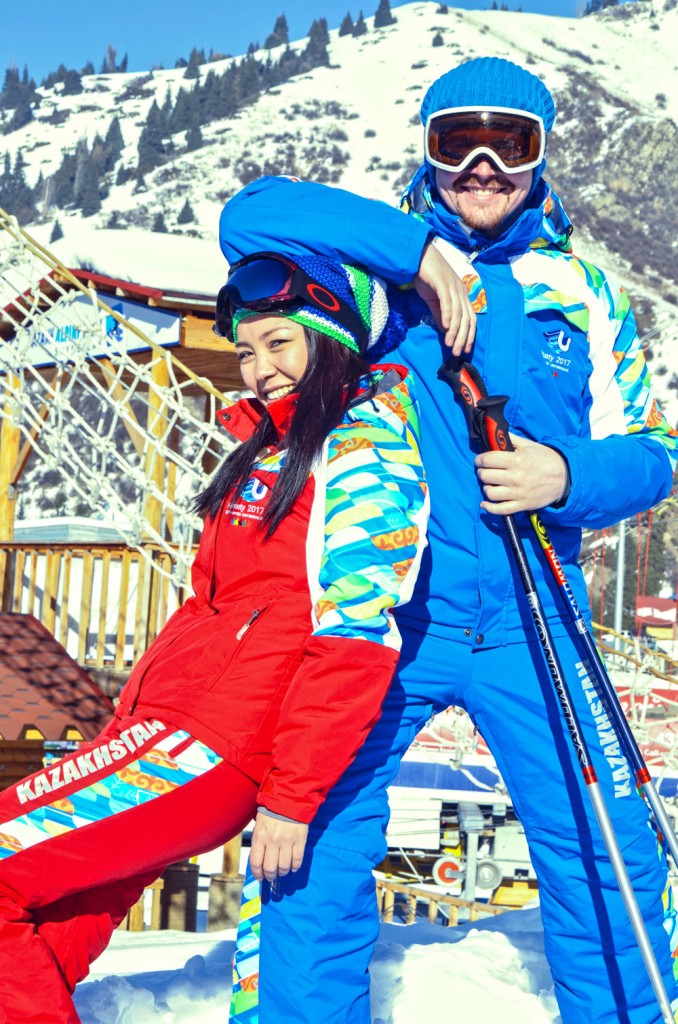 “We started expanding our product line by introducing sports uniforms for children. Two main criteria were important for us: quality and original design. Before entering the market, any company should conduct research among the population in order to estimate the average constitution of potential clients. This is what we did. Gradually, a new branch in our company has emerged, so we started to produce women’s and men’s sportswear in different styles. Knowing the demand among the population for domestically produced products, we presented our new brand ZIBROO,” explained the head of the company’s sales department, Zaure Kurumbayeva, speaking to Voxpopuli.kz.

According to her, the company has examined the particularities of different types of sport. It was also important to consider the expectations professional sportsmen and amateurs have when choosing sportswear. As the company had no experience in professional equipment production, they decided to start with normal sports clothing for everyday wear and suits for training. The first large project was the preparation of the team uniform for the 2011 Asian Games. To get the right to represent the country during this event, ZIBROO competed with Umbro, Nike and Russian Bosco Sport brands.

“At that time, the country’s government had just begun implementing a state programme to support local producers. Today we can say that all our clothes are entirely produced at our own facilities and are a 100 percent domestic product. Raw materials, which, unfortunately, have to be purchased abroad are the only exception,” said Kurumbayeva in the Voxpopuli report.

Apart from ceremonial and training suits for athletes, ZIBROO also produces clothing for judges and coaches and volunteers, as well as VIP-suits. All in all, 26 different items have been manufactured, including hats, scarves, underwear, sweaters, bags and shoes.

“While preparing for the Olympics in Sochi, we carefully consulted with archaeologists and read historical books in order to create a unique look for the Kazakhstan national team. Our uniform reflected national ornaments and animal motifs common for Saks, who are the ancestors of today’s Kazakhs, as well as the ‘tumar’ symbol – a traditional guardian of nomads. Athletes have a tradition to exchange uniforms with their rivals from other teams. Our guys later told me that it was the first time they didn’t want to give up their garments, as they really liked them. Our design took the fourth place among other countries participating in the Olympics,” said Kurumbayeva.

ZIBROO plans to produce professional equipment as well, according to Voxpopuli. However, international federations limit the choice of brands athletes can perform in during major international competitions. In order to join the list of allowed brand manufacturers, the company needs to go through a tough process of certification.

The company has also produced equipment for Russian clients like F-5, Stayer, Bask and Ecip-Centre, all of which work with professional skiers from eastern Russia. ZIBROO has a large production area; the company’s production has reached 300 garments per day. The number of employees is 200 people.

The company plans not only to expand its sales in the local market, but also to organise export to neighbouring countries. The brand has good working contacts with Russian and Austrian companies. ZIBROO’s representatives believe that the idea to make the brand recognisable abroad is quite real.

“We would like to expand our cooperation with professional athletes and international teams. We want to see athletes participating in competitions in a uniform made in Kazakhstan. There is a growing demand for clothes with national symbols and we are ready to respond to it, at least in the sports sector,” concluded Kurumbayeva.