ASTANA – A World Social Advertising exhibition opened recently in Almaty’s Baikonur metro station, affording passengers the chance to admire works of international designers through Oct. 30. A social poster show, arranged by the Bauyrzhan charity fund within the “Make It Clear” contest, is simultaneously being held. 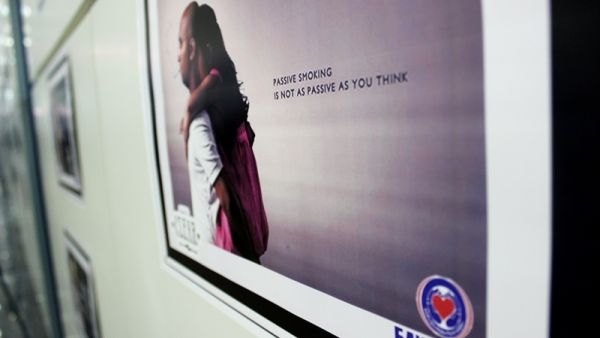 The principle of social advertising is to make people’s lives simpler and to make viewers wonder what every Kazakh citizen can do, according to the words of the exhibition organisers.

“The idea of creating such an exhibition at a metro station was based on an aspiration to attract the attention of people to the most acute problems of our society by means of social advertising, sometimes even by a shocking them,” said the organisers. “It is necessary to talk about social problems and it is far easier and more efficient to do this through social advertising today, so people begin to pay attention to problems of a social nature by means of visual perception, including safety on the road and ecology, and perhaps the behavioural pattern of those people will be changing.”

A total of 55 posters by international authors were presented at the exhibition, including social projects and campaigns such as the works of the famous Russian project “Vse ravno” (Do not care/Does not matter). The concept has established itself since 2010 as an active promoter of social advertising within the country.

A similar exhibition was held in 2013, when its visitors were students of one of Almaty’s biggest higher education institutions. The organisers admit the metro is a “contact” place and will garner attention for social advertising.

Since Sept. 2, Kazakh designers, advertisers, animators and others have been proposing their ideas for implementing “Make It Clear.” Anyone wishing to participate in the contest is asked to complete the application on the website www.socreklama.kz and send the work by Nov. 2 on the following topics: “A clean city/country,” “Safety on the roads” or “The problem of suicide among young people.” Works are accepted in two categories, PRO (professionals) and FREE (amateurs), and in two combinations, a social TV commercial or outdoor social advertising.

A unique opportunity to attend the best international advertising festivals, European Eurobeat 2015 and Asian Dubai Lynx 2016, awaits the winners. The names will be announced Nov. 11 during a ceremony to be held in Chaplin Mega Mall in Almaty.