ASTANA – The first of four projects financed by the International Bank for Reconstruction and Development and the Kazakh government to improve air quality in Ust-Kamenogorsk has been completed. 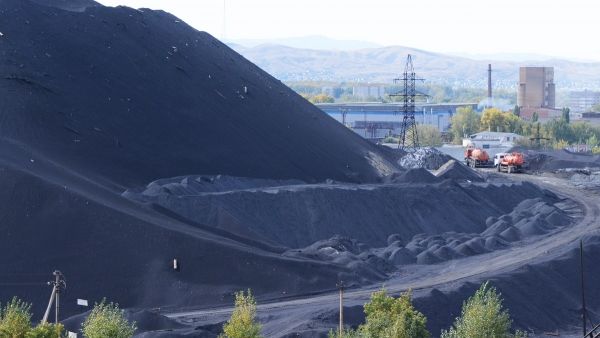 “This project was finished and we received a state expertise certificate, but we are working on another four projects. In the first quarter of 2016, we are going to finish removing mine waste in the territory of the Condenser Plant and a state committee will accept executed works too,” Technical Consultant of the Water Resources Committee of the Ministry of Agriculture Yuriy Kudinov said.

Mine waste from industrial companies had been increasing for decades, but the Kazakh government is taking steps to mitigate the impacts of that waste. Black mountain, which was 64 metres high and consists of 26 heavy metals, has been reduced in size and covered by a clay loam accumulative layer. The layer prevents air pollution, keeping the atmosphere and subsoil waters relatively clean. The location of the mine, which had been a brownfield, is now covered with grass so waste will not be caught in the wind.

“The accumulative layer will protect the mine waste against rainfall. Formerly, rainfall used to wash harmful substances down to soil. In other words, such harmful substances as arsenic, lead, zinc and another 23 components would run into soil. … All these, of course, harmed the health of the city’s people. Now a specially built drainage well [helps mitigate that process]. Besides, wind won’t be able to blow up dust from mine waste,” said First Deputy Chairman of Water Resources Committee of the Ministry of Agriculture Bolat Bekniyazov, according to yk.kz.

Scientists calculated that formerly, approximately 3,000 kg of dust accrued to every Ust-Kamenogorsk inhabitant annually. Now that number has been decreased by 650 kg.   The environmental protection project is expected to cost $2.9 million, with 70 percent being financed by the International Bank for Reconstruction and Development and the remaining 30 percent funded by the Kazakh government. Local authorities and sponsors plan to render more such objects safe in the near future.