The Aral Sea can regain its lost status of the country’s harbour thanks to the successful implementation of the regional project on managing the Syr Darya’s riverbed and preserving the northern part of the water body. The project allowed the creation of the first man-made sea in the country, called the Small Aral. Today, it can be stated that the sea is experiencing its rebirth, according to Khabar TV channel. 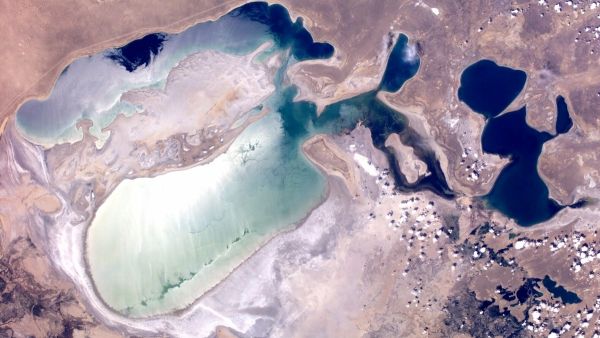 Many experts believed the Aral Sea was irretrievably lost. The drying was so severe that it caused negative environmental consequences, including damaged flora and fauna in the region. Shipping and fishing were no longer available. The sea has moved 100 kilometres away from its former coastline. Today’s distance is only 17 kilometres, and some fish species have returned to the water.
“My ancestors were engaged in fishing activities and I continue our family business. It is the only source of income for us. Usually we catch from 200 to 300 kilogrammes of fish,” said local fisherman Yesset Nazashov.
According to head of the regional office of the state-owned enterprise Kazsushar in Kyzylorda Marat Bozgulov, the northern part of the Small Aral has to be filled with water for 36 months. In the frames of the Syr Darya/Aral Sea management project, the Kokaral dam was created in 2005, which helped revive the Small Aral Sea within six months.
In the 1960s, the Aral Sea was an impressive water body covering about 70,000 square kilometres. It was the fourth largest sea after the Caspian Sea, before it lost three quarters of its volume and 60 percent of its water surface.
“I saw the Aral Sea 20 years ago. I saw a desert with grounded ships left behind. Today, the situation is changing. This is the first time people were able to save the whole sea. It’s amazing,” said representative of the French national broadcaster Isabel Magland.
This year, the project enters its second phase. It is planned to expand the water volume by three times and return the status of the sea port to the city of Aralsk.