By Daniyar Baibekov in Nation on 9 October 2015

TARAZ – President of Kazakhstan Nursultan Nazarbayev took part in the opening ceremony of a monument in Taraz dedicated to the 550th anniversary of the Kazakh Khanate.  The ceremony was part of celebrations that began in Astana and continued in Taraz Oct. 7-8. 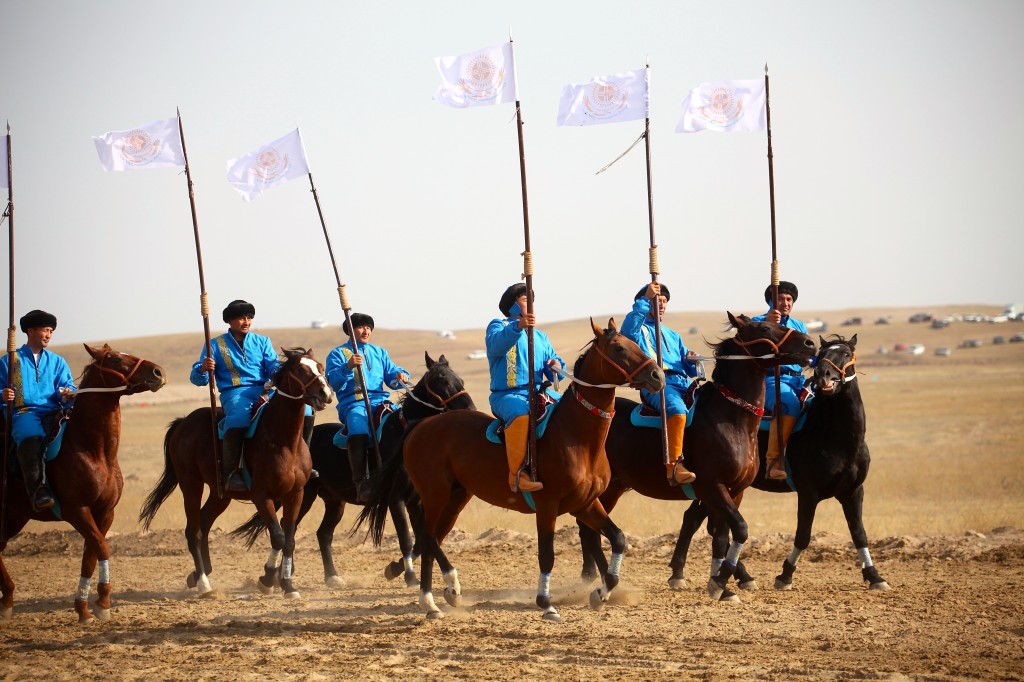 “Over the years of independence, expeditions were organised in various parts of the world in order to study and collect information about our ancient past. Our history dates back to the Saks, Huns, Turks and continues with the move of Khans Kerey and Zhanibek to the banks of Chu River, where the flag of the Kazakh Khanate was raised. We hold these festivities to demonstrate the antiquity of our history to the younger generation and the whole world,” Nazarbayev said in his opening speech.

Nazarbayev emphasised that the 550th anniversary of the Kazakh Khanate is a national holiday.

“On this occasion, Taraz city’s appearance has been transformed. We thank all cities of Kazakhstan for their participation. The commitment of the current generation displays their honour to the legacy of our ancestors and to the spirit of the Great Steppe. We thank guests who arrived from 17 countries,” said Nazarbayev. 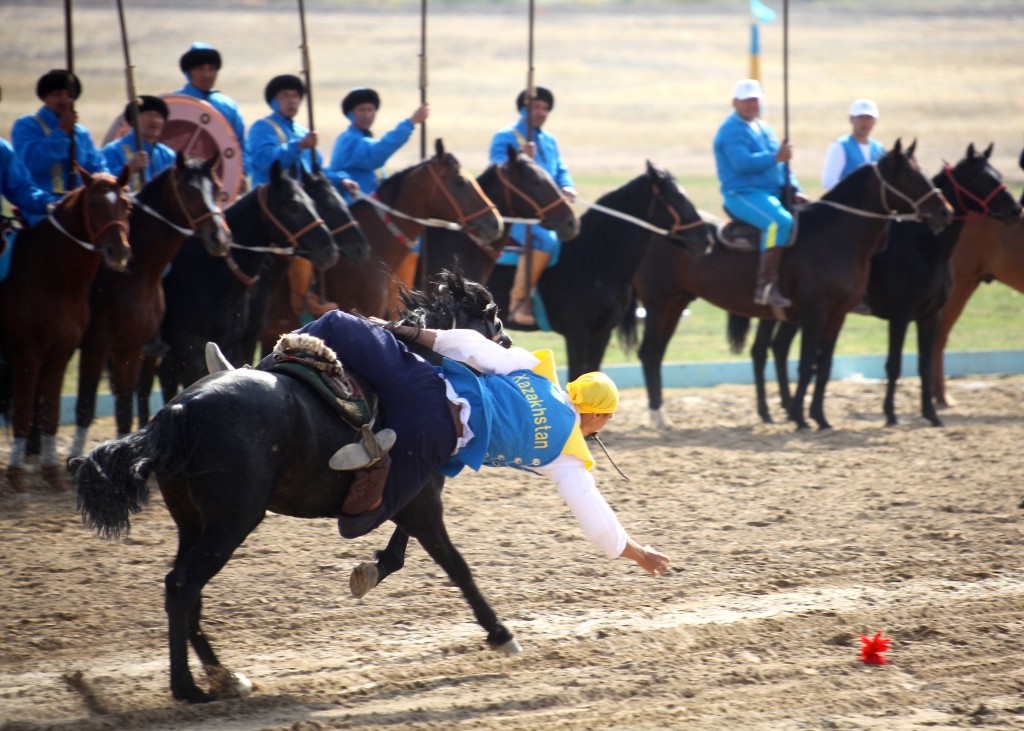 The President also drew attention to the dynamic development of the Zhambyl region. He emphasised that this year the region commissioned 170,000 square metres of housing and opened seven schools, three kindergartens and hospitals. Nazarbayev also noted that the Western China-Western Europe transportation corridor will run through the territory of the region.

Despite global instability, conflicts and wars, Kazakh citizens live in an atmosphere of peace and mutual respect, he said in his remarks, which were broadcast live on television. Today, Kazakhstan is a recognised and respected country. Kazakhstan performs as a mediator in conflict resolutions and holds the Congress of Leaders of World and Traditional Religions. These things have been achieved thanks to the unity of the Kazakh people, Nazarbayev added.

About 5,000 people attended the opening ceremony. The monument is 27 metres in height with nearby sculptures of Khans Kerey and Zhanibek that are 4.2 metres high.

The Oct.7-8 celebrations included motorcycle racing, the presentation of an encyclopedia called “Kazakh statehood,” as well as singing poetry competitions, concerts and theatre performances, and sports competitions including horse racing, horse-back wrestling, polo and others.