ASTANA – For the first time, satellite tags are being used to track the movements of goitered gazelles in Kazakhstan’s Altyn Yemel National Park, the UNDP office in the country announced in September. The work is being done to collect data to support opening a new state reserve in the southern part of the Balkhash region containing the Altyn Yemel park and an ecological corridor between the two. 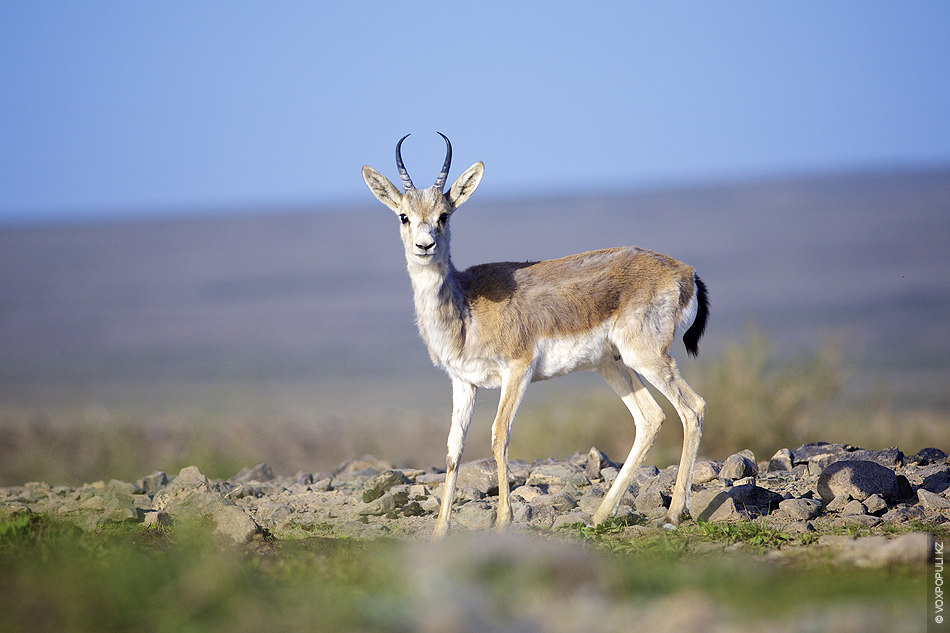 “Our project also envisages establishing an ecological corridor between the proposed Ile-Balkhash reserve and the Altyn-Yemel National Park,” UNDP Expert on Ecological Corridors and Improvement of Wildlife Management Aiman Omarbekova told The Astana Times. The movements of the gazelles are being tracked to help create an effective corridor to facilitate the migration of gazelles and other animals in the Ile-Balkhash region. The corridor will connect Altyn Yemel park with the proposed reserve.

The data received daily from the tags will help the scientists on the project learn more about the animals’ movements, wintering areas, forage habits and other activities. Maps of the location of tagged animals, created between August 2015 and December 2016, are to be used as the basis for the boundaries of the ecological corridor, according to the UNDP.

“Goitered gazelles were selected because they are rare and they are an indicator species in desert and semi-desert areas,” Omarbekova said. “Their migrations should be known, in order to conserve the biodiversity of desert ecosystems by expanding protected areas. The collected material will serve as a basis for creating a scientific rationale for the establishment of the ecological corridor. The establishment of the ecological corridor will enable us to reduce man’s impact on goitered gazelles during the lambing and migration periods.”

Four tags have been attached to gazelles in the park, according to the UNDP, through a larger project to improve the sustainability of protected areas in desert ecosystems by promoting biodiversity-compatible lifestyles near those areas. The project is being operated by the UNDP and the Global Environmental Facility in cooperation with the Forest and Wildlife Committee of Kazakhstan’s Ministry of Agriculture. The complex and specific work of tagging the animals and preparing maps is being carried out by the Association of Biodiversity Conservation of Kazakhstan (ABCK), the UNDP reported, with participation from experts from the Altyn Yemel park and the Kazakh State Hunting and Wildlife Body. Ten more animals are expected to be tagged soon.

Kazakhstan’s goitered gazelles live in desert and semi-desert ecosystems, which Omarbekova pointed out make up about half of Kazakhstan’s territory. They are areas of unique endemic flora and rare fauna, and are the natural habitats and migration zones of many animals, including goitered gazelles.

Goitered gazelles are the only type of gazelles living in Kazakhstan, and live in the country’s desert regions. According to the UNDP, hundreds of thousands of the creatures lived in Kazakhstan in the 19th century, but since the 20th century their numbers have fallen until in 1978 they were listed in the country’s Red Book of endangered species. The average life span of goitered gazelles in the wild is six years, according to the UNDP announcement, and ice coating, poaching and predators are primary reasons of the decline of their population in Kazakhstan.