In six weeks, COP 21, the 21st Conference of Parties of the UN Framework Convention on Climate Change, will open in Paris. A total of 195 countries plus the European Union and other parties to the convention will meet from Nov. 30 – Dec. 11, gathering around 20,000 delegates surrounded by 20,000 representatives from all sectors of civil society and some 3,000 journalists. It is the biggest conference ever held in Paris, an honour and a heavy responsibility for France, which will host and chair the conference. Laurent Fabius, the French minister of foreign affairs and international development, will chair it. 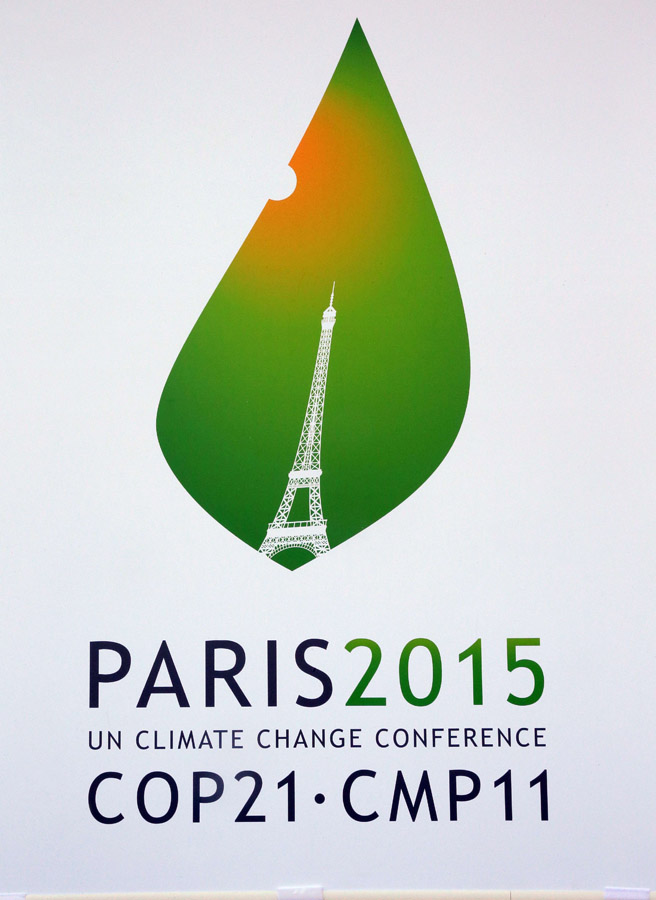 Let me address four points that I will be happy to debate on in your universities this week.

1. It is not a conference among others, it is our future, your future that we will shape.

Climate change is no longer a distant perspective for “our children and grandchildren;” it is an urgent challenge for us, here and now. Every day, somewhere in the world, ice is melting, violent cyclones devastate coastlines, destroying homes and schools; droughts ravage crops and cause water shortages; sea-level rise endangers coastal areas all around the world; heavy floods displace thousands and damage valuable farm land. These are not mere “changes:” they are disruptions. Disruptions of our food security, our development efforts, disruptions of democracy, stability and security.

Therefore this climate conference is crucial. It must result in a universal and legally binding climate agreement with a long term vision, enabling us to limit global warming to below 2 or 1.5 degrees Celsius above pre-industrial levels, the threshold beyond which the scientific community warns of the irreversible effects of global warming. Urgent action on both mitigation of emissions and adaptation to the consequences of climate change and an ambitious global framework are needed to put us on a path consistent with this goal

In front of the current UN General Assembly, President of France François Hollande (who visited Astana last December) has detailed the three conditions needed for Paris to be a genuine success: this universal and legally binding agreement, rooted in national contributions of all countries to mitigate greenhouse gas emissions and to adapt to climate change consequences; a long lasting agreement with a review mechanism that will make it possible to evaluate regularly, measure periodically and even revise every five years our national contributions; and financial commitments, with transparency and predictability, to support the energy transition, adaptation and technology transfer of the developing countries taking action in this regard.

Today more than 149 countries, accounting for 87 percent of emissions, have voluntarily submitted their own national contributions, nationally and voluntarily determined, with propositions for mitigation and for some adaptation; some of these countries have done this for the first time. More are to come before COP 21. It is a remarkable achievement and a strong sign of the common will to fight climate change together, knowing that the developed countries are to take the lead in view of their responsibilities in climate change (the common but differentiated responsibility principle).

2. COP 21 will not only be the conclusion of six years of negotiations after the failure of COP 15 in Copenhagen, it has to be a starting point for action and implementation, a clear signal to our governments, our fellow citizens around the world, our local authorities and our businesses, that we are making a resolute transition towards lower-carbon and more climate-resilient economies and societies, while guaranteeing everyone fair access to sustainable development.

If we want to succeed in combating climate disruption, we need the involvement of the stakeholders: businesses, cities and regions, nongovernmental organisations, academic and research centres, international organisations, citizens, et cetera. We won’t succeed in the transformational change we want without the involvement of all the vivid forces of the societies and economies.

In Paris, non-state actors are going to show commitment and make concrete contributions on energy efficiency, on renewable energies with a major initiative on sustainable energy for all, on agriculture, on forest, on finance, on resilience through enhancement of early warning systems, for example, and more.

On the road to COP 21, we have already defined how to finance development in Addis Ababa in July and adopted the UN Post-2015 universal Sustainable Development Goals in New York in September. The eradication of poverty and the fight against climate disruption are inextricably linked: we will not succeed without combining the two fronts.

One thing is gradually becoming clear: investing in green growth, which is the growth of the future, can be a source of profit and employment. A report by the Carbon Disclosure Project shows that businesses which actively take into account climate issues enjoy 18 percent higher returns on investment than those that do not.

Kazakhstan has a lot to offer in this regard. Kazakhstan has presented its contribution on time and intends to achieve an economy wide target of 15 percent to 25 percent reduction in greenhouse gas emissions by 2030 compared to 1990. It is already committed to energy efficiency and renewable energies. It has adopted a Concept on Transition to a Green Economy, able to create growth and jobs. Five cities have already taken commitments, as well as national railway company Kazakhstan Temir Zholy, on the Low-Carbon Sustainable Rail Transport Challenge. Kazakhstan is therefore fully ready to participate. Fighting climate change is an opportunity for your country, it’s an opportunity for you.

If we don’t start now, it will be too late. The more we wait for, the smaller a margin to manoeuver we have.

Fighting climate change requires commitment, policies, finance, technology and international cooperation. Science is also required – scientists have been at the forefront, enlightening our endeavours – knowledge, education and awareness. For all this, we need the young, the educated, those who are aware and committed. We need you. Embark on this journey, it’s a fantastic opportunity!

Ambassador Bérengère Quincy is the special envoy of French government for COP 21.