In an exclusive interview with The Astana Times, Usen Suleimen, ambassador-at-large of the Kazakh Ministry of Foreign Affairs, spoke on amendments and additions to Kazakhstan’s law on nongovernmental organisation (NGO) activities. The topic is very much in the public eye both within Kazakhstan and beyond, as the bill has already cleared the Mazhilis (lower chamber of Parliament) and is now being reviewed in the Senate. 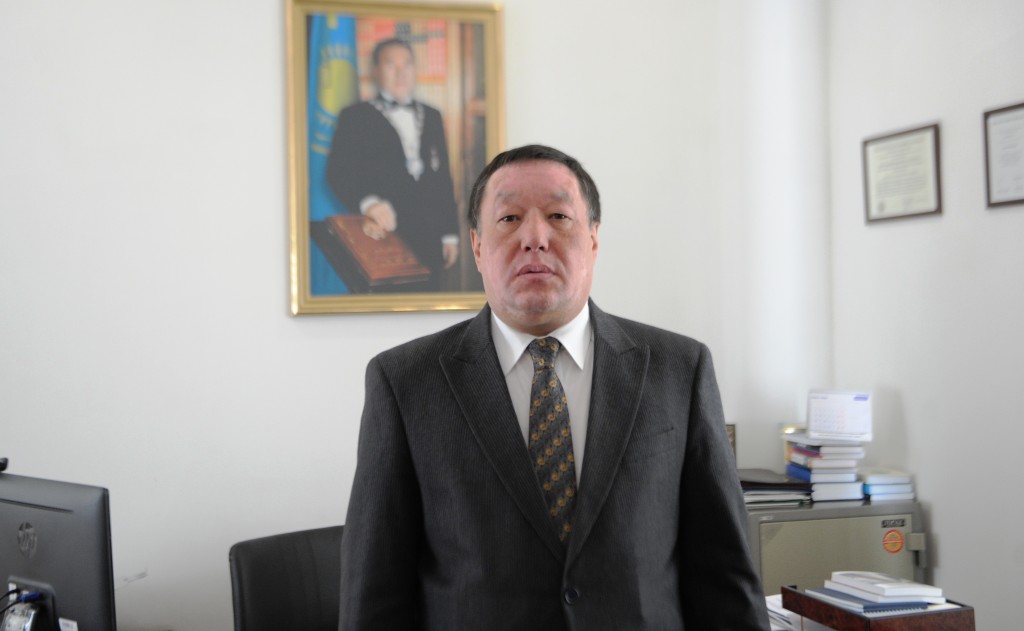 How do the new amendments to the law correspond with Kazakhstan’s international obligations in human rights and democracy?
The law on NGOs has been discussed for several years and repeatedly sent for further elaboration due to its partial non-compliance with the democratic commitments of Kazakhstan. The current version is now compliant. It takes into account the concerns of civil society, alongside balancing national security requirements with the core principles of democracy: liberty, equality, accountability and transparency.

The principle of “liberty” ensures that after the adoption of the law, NGOs will have free access to public, international and private financing. For the first time in an independent Kazakhstan, NGOs will be able to freely articulate their social position when applying for government grants; i.e., NGOs themselves will propose state social guidelines of the country’s development.

The principle of “equality” will ensure equal access for all NGOs to government grants. A nongovernmental organisation, an operator, will be created, made up of both government officials and representatives from civil society. The NGOs themselves will have a significant voice in which organisations receive funding. In addition, similar to Western good practices, an operator will have the ability to both attract international financing and approve community and business fund raising. With this, we reduce the level of financial dependence of the operator on the state, which will also reduce its political dependence on officials in Astana.

The duties of an operator do not include monitoring the activities of NGOs.

The principle of “transparency and accountability,” in spite of its democratic nature, has paradoxically become the most controversial point of the proposed legislation. NGOs will have full access to information about the volume and form of financing being allocated by the government, as well as about the mechanisms by which payments are made and distributed under the operator. At the same time, it requires reciprocal transparency and accountability of NGOs to the people and the state through the provision of their data in the form of an open database and the annual publication of information about ongoing projects and financing on their websites and submitting it to the appropriate authorities in Kazakhstan.

This reciprocal transparency has been rejected by NGOs, provoking a paradoxical situation in which NGOs know and see all the financial activities of the government in relation to NGOs and demand more transparency in the distribution of government grants, but reject demands for similar transparency on their own activities.

Here, I would like to dwell separately on the fact that today’s forms of reporting for the NGOs, including financial, are non-binding and are often simply ignored by the nongovernmental sector of Kazakhstan. This allows certain entities, under the cover of a brand of NGOs, to misuse the grants or use huge amounts for other purposes.

So, it is to prevent fraud and limit reputational damage to NGOs that we are asking NGOs to provide annual information on their activities and to take an active part in the formation of the NGOs Database. This database will be available to the public online. It will raise public awareness of NGOs and improve communications among human rights organisations, the government and the public. This will only better integrate civil society, strengthen its role and improve its visibility within the state.

The reluctance of NGOs to submit information on their organisations – to be a visible component of civil society, ensuring public awareness of their activities is consistent with the principles of transparency after one warning – will result in administrative responsibility. Again, I would like to emphasise not the criminal, but administrative liability. No rule works without accountability. The same standard of liability is consistent with the principles of democracy and exists in the U.S., U.K., Germany, France, Canada and other countries.

By the way, our analysis of the experience of Russia, the United States, Kyrgyzstan, Azerbaijan and other countries has shown that our draft law is, in fact, most liberal. It does not provide criminal responsibility of NGOs, as is the case in Russia, nor does it consider foreign financing of NGOs within the category of “political lobbying,” as is the case in the U.S. It also does not follow Russia and Azerbaijan by excluding foreign donors and putting them beyond the legal system.

There are concerns raised by human rights activists that the legislation may create a single operator to monopolise the disbursement of all grants from any source, foreign or domestic. Could you please give the explanation as to how it will operate?
Within the framework of the draft law, there is a proposal to create an operator for grant financing in the form of the Centre for Support of Civil Initiatives, a non-commercial joint stock company. One of the major functions of the operator is to provide grants to NGOs in support of civil initiatives, as well as attract civil society to help address pressing issues in social development.

The main goal of an independent organisation with the right to accumulate funds and render grants to NGOs is to increase transparency in funding NGOs. The establishment of such an operator eases the transfer of funds to NGOs from those who allocate the funds, whether from the state or the private sponsor. NGOs will receive greater independence from direct customers when implementing projects using these grants. The operator’s charter defines the following central bodies:
The Governing Body – the board of directors, which will consist of representatives of the public, regularly replaced on a rotating basis;
The Expert Council, which will be formed from representatives of independent national and international experts, public figures and representatives of NGOs;
The Executive body (collegial) – the board; and
The Internal Audit Service – the body exercising control over financial and economic activities of the operator.

The detailed procedures of these bodies will be clearly set out in the charter of the operator. In addition, several units will operate within the organisation to deal with data collection and analysis on means (grants, state social order, other means) allocated to NGOs in Kazakhstan; monitoring and evaluating the implementation of grants and state social order by NGOs; developing proposals for improving the implementation of state social procurement by public authorities; providing information, advice and methodological support to public authorities which develop and implement the state social order and allocate grant funding; and forming and updating a database on the activities of NGOs in Kazakhstan.

Is there a risk that human rights NGOs engaged in promotion and protection of human rights will be excluded from the legal space and closed any time after the bill is adopted?
The bill specifically indicates areas by which the operator will be guided when yielding grants. There is a broad list of areas specified in a separate article which covers the widest possible range of activities, including human rights. The human rights focus of the work of NGOs is protected in Article 10, item five of the law “On state social order,” which reads as follows “the protection of rights and legal interests of citizens and organisations.” The bill does not change this item at all.

In addition, in accordance with Article 6 of the Law of Kazakhstan “On Citizenship of Kazakhstan,” “foreigners and stateless persons enjoy in Kazakhstan the rights and freedoms and bear the responsibilities established for citizens, unless otherwise provided by the constitution, laws and international treaties.” In other words, the scope of state social contracts and grants will cover, inter alia, the rights of migrants, foreigners and stateless persons. Thus, it is necessary to draw attention to the fact that areas of implementation of the state social order within the existing law have not  been excluded in the framework of the present bill. Anyway, all areas remain fully accessible for NGO activities.

In addition, it should be noted that no one in the government, especially the authorised body for NGOs, has been given the right to terminate the activities of any organisation, including NGOs. Such a right, under the current legislation, can only be issued in the courts.

Human rights activists have claimed that the bill requires NGOs to submit information to a government database at the risk of otherwise being fined or closed. What will the reporting procedure include? What will be the fine for delay in reporting?
Annual reporting by NGOs on their work will include a narrative and financial report in line with the existing budget legislation. The narrative report will set out who the founders (participants) of the NGO are, their property and the sources and spending of their funding. NGOs will produce such annual reports on the work of the previous year by March 31.

The bill envisages a warning for organisations that fail to provide such reports by the deadline. For any that fail to disclose basic information on their purpose and programmes, the court will have the power to impose an administrative fine or ultimately suspend the NGO activities for a period of three months.