More than $1.5 Billion in Deals Signed at Astana Invest Forum 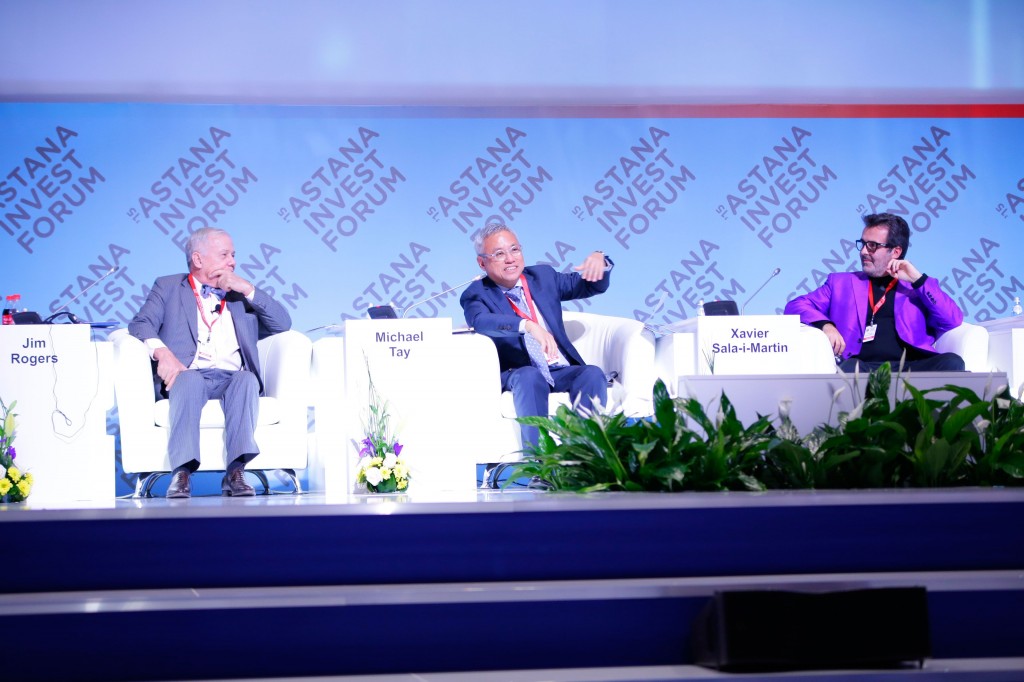 The biggest-ticket item is a $400 million deal on implementing infrastructure projects in Astana, including building malls and entertainment centres. The project will involve Merey Real Estate Management and was signed with the Akimat of Astana. China Railway Asia-Europe Construction Investment is also taking part in a $100 million project on creating a centre for engineering and leasing construction equipment in Astana, with a second agreement signed with Zoolion Heavy Industry Science and Technology of China. Another $80 million agreement was signed between the Astana Akimat (city administration) and Global Gas Group on a gasification project in the Kazakh capital.

Chairman of the Astana EXPO 2017 National Company Akhmetzhan Yessimov also told the morning session of the forum that five investment projects worth $100 billion have begun on the site of EXPO 2017 in Astana. They cover housing, hotels, shopping and entertainment and are currently employing about 8,000 people, he said. Forty-nine countries have already confirmed their participation in the three month long exhibition, and more than 100 countries overall are expected to take part in it, he reported.

Minister of Investment and Development Asset Issekeshev said Kazakhstan is currently fielding more than 300 offers from investors, mostly interested in the country’s agricultural sector, including offers from new investors and those who are reinvesting. “[This] speaks to the stability of the investment climate in our country,” he noted. Kazakhstan is in the process of both increasing support for the agricultural sector while getting rid of inefficient projects, he said.

Issekeshev also said Kazakhstan is planning to join the Investment Committee of the Organisation for Economic Cooperation and Development (OECD), which he said would require a lot of work to make Kazakhstan’s investment climate conform with that of the OECD. The country has undertaken reform and modernisation projects intended to increase investor confidence, he said. Kazakhstan recently scored its highest ever rank, 41, in the World Bank’s Doing Business report.

Announcements were also made about the development of the planned Astana International Finance Centre (AIFC), first announced by President Nursultan Nazarbayev at this year’s Astana Economic Forum. Kairat Kelimbetov, head of Kazakhstan’s National Bank, said the financial centre would focus on four key areas: capital market development, developing the asset management market in Kazakhstan, private wealth management and Islamic finance. The centre would aim for 10 percent of its assets to come from Islamic finance, he said.

The new centre will create “unprecedented opportunities” within the Commonwealth of Independent States, he said. Legislation crucial for the establishment of the centre currently awaits passage in the Kazakh Senate.

Other speakers at the forum offered advice for Kazakhstan in improving its investment climate and reviewed the successful paths of other countries. Xavier Sala-i-Martin, professor of economics at Columbia University and special economic adviser on the Global Competitiveness Programme of the World Economic Forum, discussed the changing ideas of what makes competitiveness and said the World Economic Forum was in the process of redesigning two of their pillars of competitiveness, mechanisms for rating innovation.

In his speech, Sala-i-Martin stressed inclusion, education and creativity, saying that most successful business ideas come not from scientists and research and development, but “regular people,” and that education needs to reflect that and encourage curiosity, creativity and combination. “We need to train everybody – workers, clowns, poets – to come up with ideas,” he said. He also said forums like Astana Invest helped keep Kazakhstan involved in the international exchange of ideas. 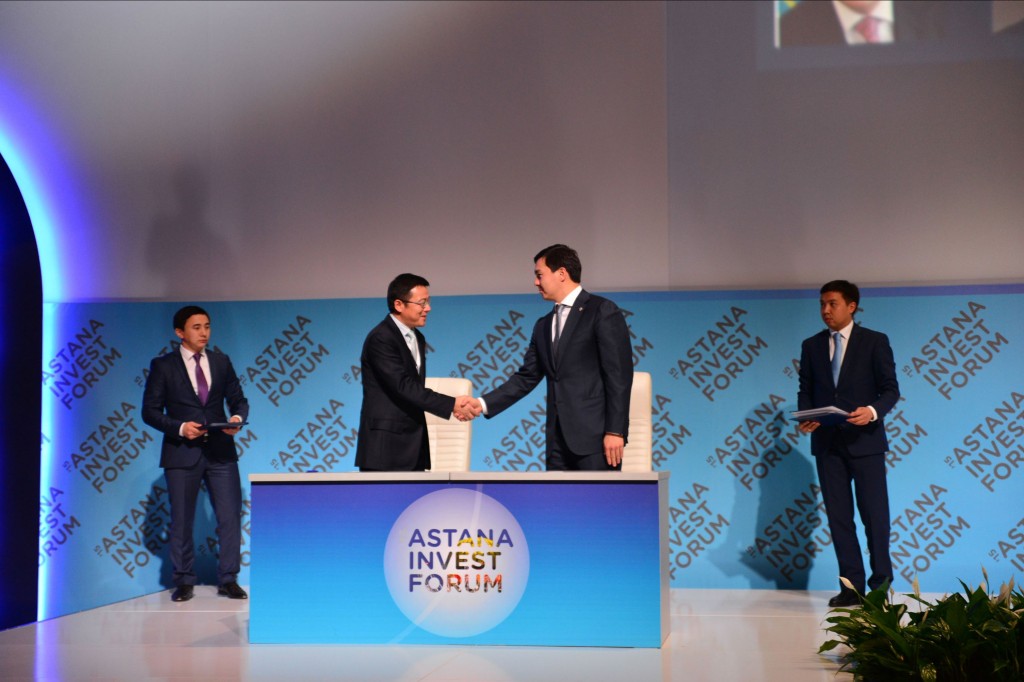 An agreement is signed following the general session of the Astana Invest Forum. Photo: Astanainvest.kz

Courtney Fingar, editor-in-chief of fDi Magazine called the investment landscape “a little bumpy,” in her overview, but noted that it had been bumpy in the past, and that Kazakhstan has so far performed quite well in attracting investment even during difficult economic times. Two-thirds of the world’s emerging markets have seen their foreign direct investment (FDI) levels drop noticeably since the same time last year, she said, while Kazakhstan’s performance remains “fairly healthy” and was bucking global trends.

Fingar also brought surprising data on Kazakhstan’s top five greenfield FDI investors, who were Russia, the U.S., nearly equal in terms of their investment, followed by the U.K., Germany and France.
Astana’s New City Special Economic Zone was also honoured with three awards from fDi Magazine. It won for Free Zone of the year in the Central Asia subcategory, and won an honourable mention in the larger Asia region – no small feat in such a competitive area, Fingar pointed out – as well as a special commendation for new investment. “Judges were impressed by the incentives offered by Astana, which has a focus on 18 ‘priorities,’ compared with the average of three elsewhere in Kazakhstan. These priorities include furniture production, aircraft and space craft, and railway locomotives and rolling stock,” the announcement in fDi Magazine about Astana reads.

Following the morning session were panels on sustainable development, municipal transport, innovation, and transit and infrastructure, all focusing on Astana’s ongoing development and prospects. The Kazakh-United Arab Emirates business forum was also held within the framework of the event, as were exhibits of the Smart Astana programme, EXPO 2017, investment projects in Astana in general and a Made in Astana show.

More than 3,000 people from 30 countries registered for the event, according to organisers. The forum was opened with a statement from First Deputy Prime Minister Bakytzhan Sagintayev and moderated by Jim Rogers, a Singapore-based American businessman, investor and author.