Kelimbetov: Tenge to Stabilise within 3-5 Months at 250-270 per Dollar

By Kseniya Voronina in Business on 28 October 2015

ASTANA – Chairman of the National Bank of Kazakhstan Kairat Kelimbetov believes the tenge will stabilise in the next three to five months, according to Interfax. 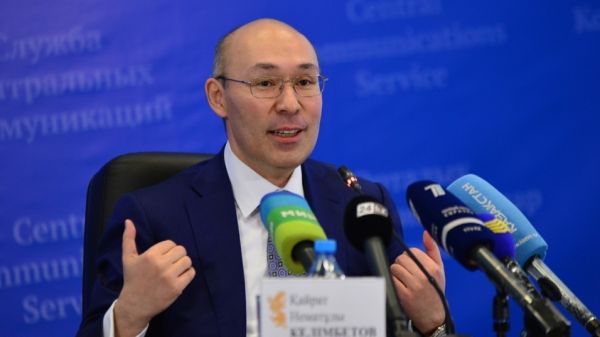 “Once the tenge stabilises, I think in the coming three to five months, it is quite evident that we would need to expand credit to achieve high levels of economic development. There are estimates for 2015-2016; in general, 250-270 tenge (US$.89-$.97 at current rates) per dollar is an optimal rate,” Kelimbetov said.

On top of that, according to Kelimbetov, the prime rate may be lowered in the next six months, depending on the stabilisation of the tenge rate.

The head of the National Bank also said the rate is high at the moment because of inflation targeting.

“We had a jump on the currency rate, on fuel and many other commodities,” he noted.

As reported earlier, the National Bank has raised the prime rate from 12 to 16 percent.

The next meeting on the percent policy and rates of the National Bank has been scheduled for Nov. 6.

On Aug. 20, Kazakhstan switched to a monetary-crediting policy based on inflation-targeting and a free-floating national currency.