ASTANA – The government of Kazakhstan plans to become a leading meat exporter to the Eurasian Economic Union (EAEU) and the world market. In Soviet times, Kazakhstan provided up to 300,000 tonnes of meat every year and low prices for oil is one good reason to start earn more money selling meat abroad. 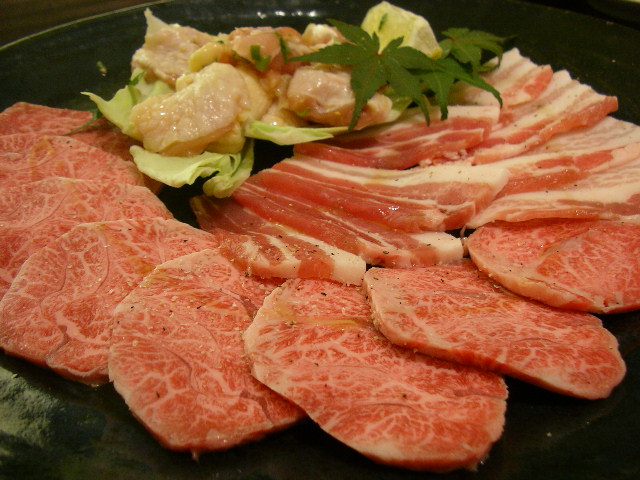 Deputy Minister of National Economy of Kazakhstan Timur Zhaksylykov stated that Kazakhstan increased meat export to the countries of the EAEU by 56 times over the period of 2012–2014 at a Central Communications Service media briefing on April 22, according to Kazinform.kz.

“It is quite obvious that the figures are big enough so far, but what is important is the trajectory and the speed of growth of our export. I think we will see an increase this year as well,” Zhaksylykov added, as reported by Kazinform.kz.

Minister of Agriculture Assylzhan Mamytbekov called such record-breaking results historic high numbers, because the 6,000 tonnes of beef that Kazakhstan exported in 2014 is not only the highest number in the history of independent Kazakhstan, but is also equal to the volumes of exported beef for all years since Kazakhstan became independent. He stated that agricultural companies of Kazakhstan will get another 20 billion tenge (US$73.9 million) as subsidies in this year.

As of today, the Russian meat market is evaluated in the amount of 10.5 million tonnes, which is less than the 10.8 million tonnes it was in 2014, but still a huge market with great opportunities for neighbouring Kazakhstan. Kazakh ambitions are based on the current situation in Russian market: meat producers successfully provide necessary volumes of pork, but have failed to increase beef production over long period of time. The Russian government is taking measures to encourage them, protecting their own market against importers, but it hasn’t yielded results. At that, market capacity was constantly increasing since 2000 and decreased only this year as a result of economic problems. From 2000 to 2006 it increased by 1.5 million tonnes and reached 9 million tonnes in 2010.

A great migration is underway in the world of ranching, according to the National Geographic website. Cowboys from the U.S., Canada, and Australia are taking cattle by the thousands to Kazakhstan. Since the collapse of the Soviet Union, Kazakhstan’s cattle population dropped by 50 percent, National Geographic reports. Today the state is spending a lot of money on loans to its farmers to import breeding cattle, equipment, and cowboy expertise.

At that, Kazakhstan needs animals suited to its climate. Canada, with its long history of ranching and equally fierce winters is ideal partner in Kazakhstan’s evolving livestock industry. The strong climate and soil similarities to Canada mean that the major part of Canada’s best agricultural practices can be introduced here successfully.

Argentina is a good example of a developing country that has succeeded in building meat export, and perhaps a good model for Kazakhstan. Cattle breeding is crucially important for the state, which had 48 million heads according to data from 2010, which is one of the highest numbers in the world. But Argentina’s success isn’t based only on the quantity of exported meat, but on its quality too. Restaurants from all over the world are proud to use meat from this country and Argentina’s meat by itself became a popular brand a long time ago.

The Kazakh government explains its present success in meat export by easy access to the Russian market through the terms of the EAEU and the operation of Sybaga programme, which provides opportunities to purchase cattle breeding stock for reproduction for farmers and farm households. The programme’s goal is to ensure an increase of commercial herds of meat cattle. Soft loans under the Sybaga programme are provided in national currency and their interest rates are relatively low. The programme is operating in all regions of Kazakhstan and it is very easy to participate in.