By Kamila Zhumabayeva in Business on 10 October 2015

ASTANA – Kazakhstan became the leading supplier of uranium last year for the 100 nuclear power reactors operating in the United States, providing 5,443 tonnes (12 million pounds) of the 24,176 tonnes (53.3 million pounds) purchased by reactor owners and operators, according to an Oct. 5 report by the U.S. Energy Information Administration (EIA). The nation’s total volume of the share amounted to 23 percent, almost double compared to 2013, when Kazakhstan supplied nearly 3,000 tonnes (6.5 million pounds). 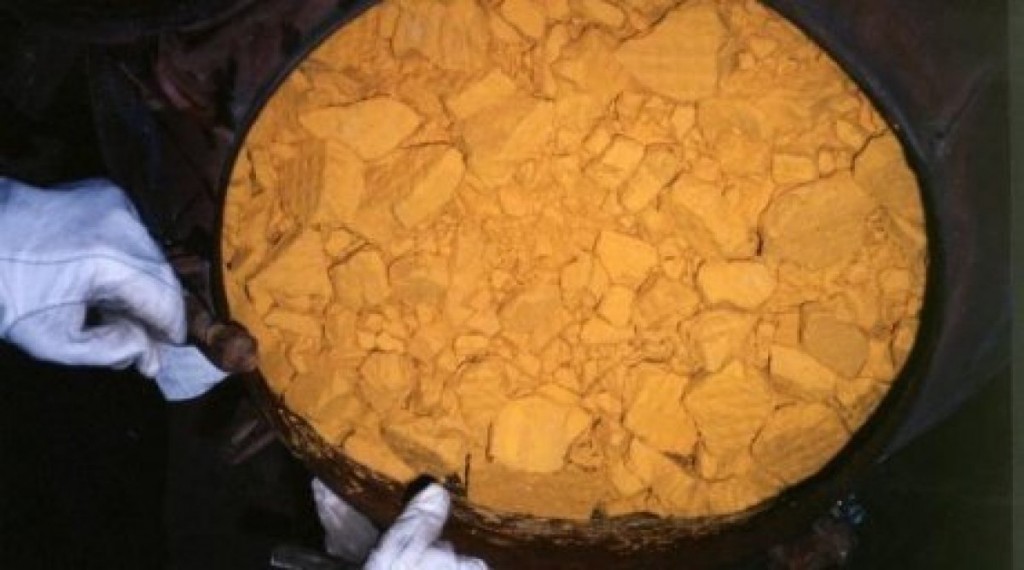 The numbers address the diversification of purchases pursued by American energy companies, and fulfilling 23 percent of market demand has allowed Kazakhstan to rank as a leading uranium supplier.

“Speaking about the coverage of the U.S. market, it is necessary to understand that Kazakh-origin uranium is supplied to the American market both by the Kazatomprom [national atomic] company and its joint venture partners in our country,” a representative of Kazatomprom explained to this reporter, asking not to be identified as he was not authorised to speak on the subject. “The supply of Kazakh uranium to the U.S. market by large traders that have contracts with U.S. energy companies is also not ruled out.”

Over the past two years, the average prices for Kazakh uranium have been lower than those of other major supplying countries –$44.47 per pound in 2014 compared with the overall weighted-average price of $46.65, according to the EIA.

Uranium production in Kazakhstan has more than tripled since 2007. The country became the world’s leading producer in 2009, surpassing Canada, according to the EIA.

Kazatomprom, created by the Kazakh government in 1997 in an effort to boost the country’s nuclear industry, controls uranium production and exports. By working with international companies to encourage investment in Kazakh mining projects, the company sought to increase domestic uranium production capacity and also worked to expand the country’s uranium export markets, noted the EIA statement. The country’s sole nuclear power reactor, which began operation in 1972, was closed in 1999.

In related news, Kazatomprom Managing Director for the Nuclear Fuel Cycle Sergey Poltoratsky said Kazakhstan’s known uranium reserves will last for about 80-100 years, Kazinform reported, adding that this estimate does not include assessments of any future explorations.

Speaking at a meeting of the “Expert” club in Astana on Oct. 8, he noted that Kazatomprom is already the leading natural uranium producer in the world, satisfying about 35-40 percent of global demand, and will increase the production of uranium by the end of 2015.

The company’s uranium production is regulated by contractual obligations, he explained. “We complete obligations prescribed in the contract. By the end of 2015, Kazakhstan will slightly increase uranium production. Last year uranium output reached 22,827 tonnes; this year’s production will be about 23,000 tonnes. The mines are reaching their designed production capacities,” he said.