ASTANA – On the threshold of Kazakh TV’s 13th anniversary on Oct. 23, The Astana Times had an opportunity to interview its director, Andrei Tarakov, to learn about the channel, its content and future plans. 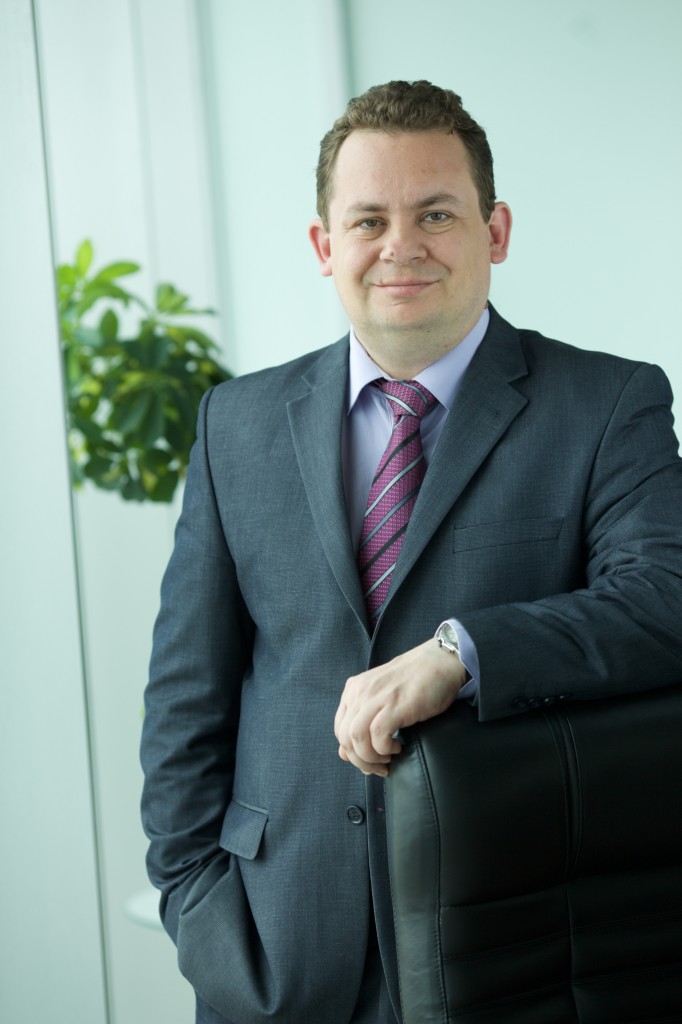 The channel has become a link between the numerous ethno-cultural associations abroad and those at home by promoting the cultural and spiritual legacy of the Kazakh people.

“Our channel was originally created as an all-embracing broadcast and at the same time as a unique media resource in three languages, Kazakh, Russian and English,” said Tarakov. “The channel has become sort of a ‘window’ on Kazakhstan, targeting the Commonwealth of Independent States (CIS) who had historical, cultural and spiritual roots in our country or had relatives. Back in the early 2000s during the ‘transitional’ years when the old unions were parted with and the new ones were being established, the mass media was the only link that had kept millions in touch,” said Tarakov.

Ironically, Kazakh TV is not well-known in Kazakhstan, as the channel’s target audience is foreign viewership.

“We are an image broadcast and this allows us to combine concepts of various channels, like National Geographic and Discovery, at the same time. The format encompasses viewers of many age and social groups with different interests and hobbies,” he added.

Tarakov noted the importance of broadcasting content which is interesting to foreign viewers, such as history, ethnography, tourism, travel, economy and business.

“Our goal is to encourage the foreign audience to learn more about our country, about its rich history and culture, beautiful nature and its dynamic economy which is open to foreign investment,” he added.

Kazakh TV is broadcast in its various languages based on the time of day; it is aired in English in the U.S. and Western Europe in the daytime (their local time) and in Russian and Kazakh in Kazakhstan.

“As for a 100 percent English-broadcasting possibility, we are going towards that in spite of all the legal issues. According to legislation, we have to provide 50 percent of the content in the state language. As an option, we are considering broadcasting in three language tracks that will allow viewers to choose their own audio language using a remote,” Tarakov explained.

Being creative with the content and producing interesting programmes, however, is only half the battle. Today, there are thousands of channels worldwide that are constantly working on ways to discourage viewers from pushing the ‘next’ button on their remote. What makes Kazakh TV stand out, we asked the channel director.

“We are not tasked as other image channels to monetise the product. The very existence of the satellite channel, which can’t be afforded by every state, is a good investment in the popularisation of a unified ‘Kazakhstan’ brand. The competitiveness of our products can be characterised, as an example, by the fact that Kazakh TV television projects regularly win prestigious international contests,” said Tarakov.

Despite the global financial economic decline, which also recently affected Kazakhstan, the director of the only English-language channel in the country sees profitability for his network.

“We tend to perceive the crisis as an opportunity for development. It is a good time to test strength and resourcefulness. The global recession also affects our neighbours and partners and because of that they come up with rather interesting proposals on acceptable terms. In addition, this is a temporary circumstance that we simply need to wait to pass. And the quality of the content is in no way to be affected by it. Viewers are accustomed to the existing level of [the product] and low-standard products just will not be acceptable,” he added.

Tarakov remains hopeful of the significance of television amid the rapid growth of modern gadgets and mobile apps.

“Ten years ago, no one could have assumed that a linear television would turn into an interactive one and the viewers would have access to archives of past programmes and films. No one could think that it would be possible to rewind and pause live programmes on television, all in the comfort of your armchair. And no one in their wildest dreams could think that it will be possible to watch TV on a smartphone or a tablet; these gadgets didn’t even exist 10 years ago. However, not only the means of delivering television have changed, but also production and customisation. Today, programmes can be subtitled into many languages at the same time without an army of interpreters,” Tarakov said.

“In the modern world, people simply have no time to sit in front of a television set. There was a time when a wired telephone used to stand on a chest of drawers; today, it is always next to our hand. Perhaps televised news in the classical form will also soon become history. Today, smartphone users receive the latest news via push notifications; all who are interested can just click on the link to view what has been uploaded by the group that arrived first,” said the director.

Despite the changes, Tarakov noted it will be the method of delivery, not the substance, which will change.

“The Roman expression ‘bread and circuses’ is relevant to this day. The future of television is based on the entertaining content – and it is inconceivable to [create] it without the classic directors, cameramen, script writers and a dozen masters of certain specialisations. So, we shouldn’t expect a revolutionary change in the production of television’s content. But in the way it will be delivered to the audience, yes, we should expect major changes. Viewers will not watch one specific channel nor will they be flipping them on a remote, but they will be able to make their own playlists of all varieties based on personal preferences. Whoever introduces the best technical solution that will allow people to save both time and money will be extremely successful, while cable operators will be out of work,” he said.