Judoka from Kyzylorda Magzhan Shamshadin became the second champion in the history of Kazakh judo to win the Judo World Championship for Juniors in the men’s 55 kilogrammes category. The championship, which gathered 560 athletes from 85 countries took place Oct. 23-27 in Abu Dhabi (UAE). 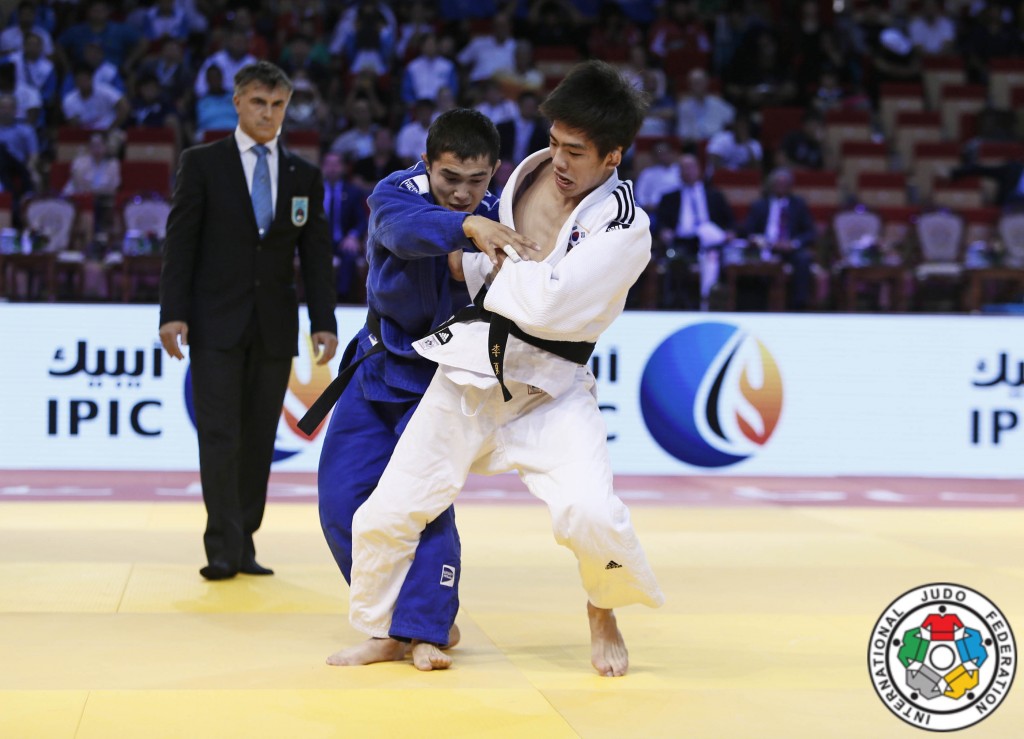 On his way to victory, Shamshadin defeated Uzbek judoka Doston Ruyizev, Armenian judoka Vagan Havsepyan, Azerbaijani judoka Natig Gurbanli and Georgian judoka Irakli Kurpanadze. In the final battle, the Kazakh athlete defeated his rival from South Korea, Ha-Rim Lee, by scoring an ippon, which is a winning score in judo.

Shamshadin was the only Kazakh athlete to attain a medal during the championship.

In 2010, another judoka from Kazakhstan, Yeldos Smetov, received the highest award during the Judo World Championship for Juniors. Smetov won gold at the World Judo Championship held in Astana this year.

“Yeldos Smetov won this honoured title of the world champion five years ago and I am very glad to let Kazakhstan top the judo rankings this year again,” said Shamshadin after the competition.