By Kamila Zhumabayeva in Culture on 23 October 2015

ASTANA – Kazakh, Georgian, Russian, Uzbek, Ukrainian and French designers and brand owners presented their 2016 spring-summer collections to capital residents during Kazakhstan Fashion Week (KFW), held Oct. 19-20 at Rixos President Astana. The week, billed under “Fashion as an Art,” began at the Abilkhan Kasteyev State Museum of Arts in Almaty with the presentation of 16th and 17th century paintings by foreign artists. 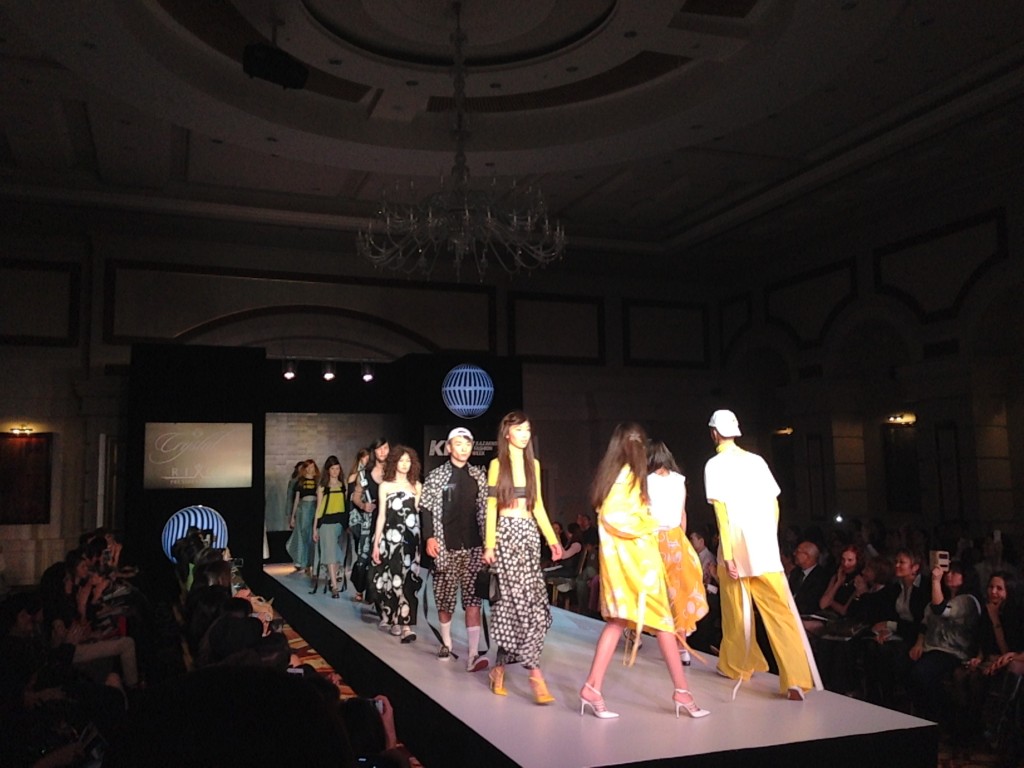 “We want to highlight designers who work and create pleasant clothing for an ordinary consumer to wear, who know how to sew, make it peculiar, create a true master piece and compete with international designers with excellent quality and Kazakh touch,” KFW PR Director Botagoz Aldangarova told The Astana Times. “We invited a lot of foreign designers, too, and we had a big team of Ukrainian designers this year. We want to show to the capital city how Almaty designers work and are proud of the wonderful response here.”

People have evaluated the mastery of Kazakhstan’s designers for KFW’s last 11 years, readily admitting to loving a certain brand, feeling the necessity to purchase at least something from a new collection and answering with pride that they are wearing clothing by domestic designers while traveling abroad, she added.

“Kazakhstan designers are ready to establish lines, observing how Italians and French work and with whom they exchange experiences, so when travelling abroad they are a subject of interest for the press,” Aldangarova explained. “Specialists are invited to exhibitions and showrooms where buyers purchase their collections. The garment cannot be cheap if the fabric used was very expensive and accompanied by the sewer’s work and authorship. It can be expensive. In fact, not any brand should position itself like that, especially in Kazakhstan if you want your clothes to be worn. Well-known international brands have privilege, but it’s up to designers.”

“We are proud to have nurtured a whole generation of models who know our international-standard requirements. Their mastery grows from year to year as well, never having let us down. We have no conflicts, miscommunications or misunderstandings, as this is a platform where everything changes and everybody grows and gains inspiration and new impulse for creativity,” noted Aldangarova. 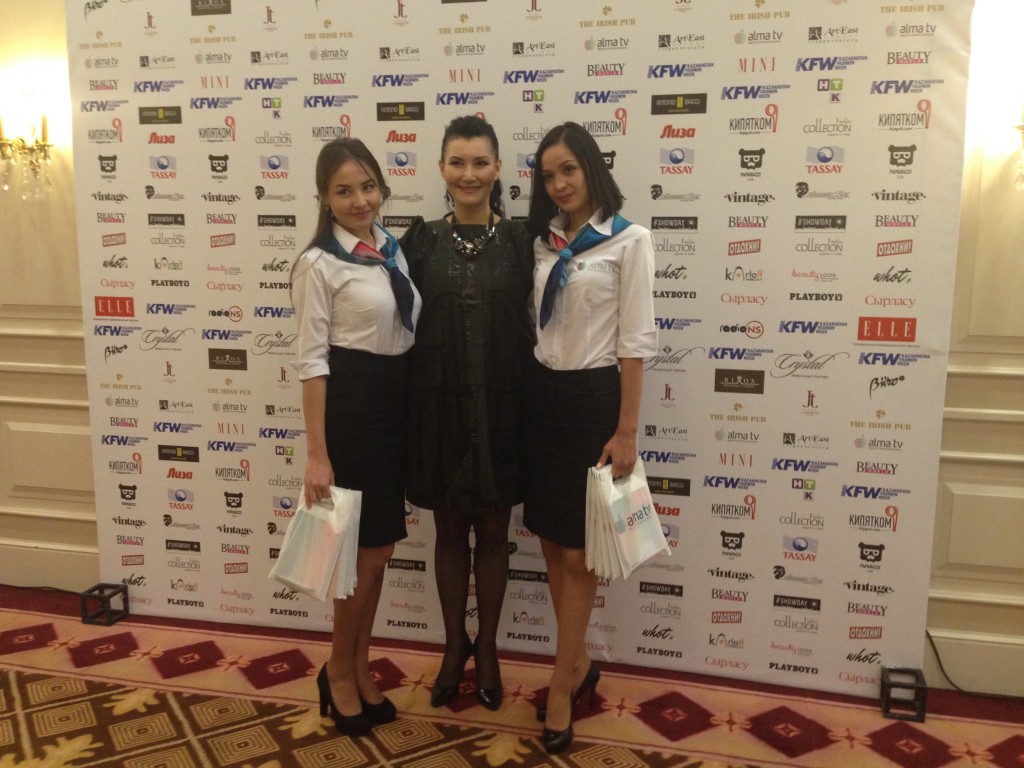 Studio K, run by Kazakh designer Kamila Kirgizbayeva, known to her friends as Kam, had its first show in Almaty.

“The beauty of all women in the world was what inspired the collection of the seasons of the year. Green, turquoise, dark blue and black are the colors in our collection that change like women change with the time of the year. We tried to communicate this through women’s character and graciousness,” said the designer. “I think Western brands are much more expensive than ours, because we must make it affordable given the specifics of our economy and our possibilities. I don’t mind if someone will wear a basic attire of Kazakhstan designers and an accessory of worldwide designers. It is an embodiment of creativity.”

Kazakh designer Miruana Akkas, of Almaty, likes to experiment with different looks and her inspirations come from various places and situations. Her style transformed once she arrived in the capital and her designs have a more glamourous, gentle and vivid touch. Warm coats highlighted her second new collection for spring-fall.

“There is something to surprise interesting and curious people in Astana who like opening something new all the time and support young designers and arts people who come with some sort of discovery and contributions to the society of Astana’s life. This was what attracted me to continue my work here,” Akkas said.

“We have room to grow, constantly work and surprise. International designers started developing technology, construction and design earlier than us, while we are on our first stages, doing first steps. Kazakhstan people choosing international brands over ours is not particularly frightening, as their support can be seen by their interest at showrooms compared to how it was five or ten years ago,” she said.

Dragonfly bead embroidery on fur and dark-coloured fabrics was among the main elements of Ukrainian designer Svetlana Gorobets’ collection. She doesn’t like repeating looks and almost all of her garments are one-of-a-kind, priced in a range she thinks costumers can pay.

“Every designer has her or his own story, practice and consumers and it is not for competition. It is just like a sporting interest to earn something like other designers did in their time. Personally, I as a participant in this business or art, if it can be called that, simply get joy and when you do get joy it is truly a sporting interest because you want to be better,” she added.

Koberidze’s interesting brand name U.G.L.Y stands for “you gotta love yourself.” The designer presented trendy handmade coats, vests and skirts made of wool, cashmere and natural fabric and filament.