Kazakh Car Growth Rate Is Ahead of That of Population

By Kamila Zhumabayeva in Nation on 14 October 2015

ASTANA – Figures show there are 252 cars for every 1,000 people in Kazakhstan. The data was compiled by PricewaterhouseCoopers and made public by the company’s Kazakhstan Director of Consultancy Services in automotive and logistic fields Shalkar Nurtleuov during the third Mechanical Engineers of Kazakhstan forum in Astana. 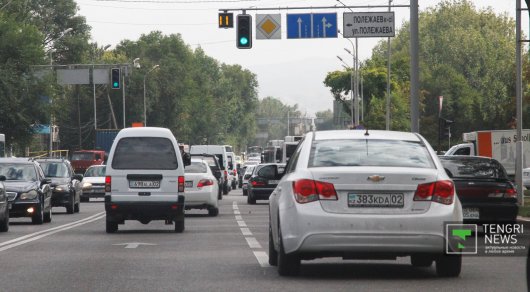 “The pool of automobiles in Kazakhstan makes up 4.4 million units. The growth rate of cars is ahead of population growth rates. There are 252 cars for every 1,000 people in Kazakhstan now … there is a big enough potential in Kazakhstan for the share of new cars per capita to increase,” he said, according to a Tengrinews report on Oct. 1.

Almaty, Astana and the North Kazakhstan and Pavlodar regions lead in the number of cars per capita. The growth in the northern regions and cities increased in the last year, noted Nurtleuov, pointing to the area’s geographic location and proximity to Russia as the primary reason.

“People rushed to Russia for cars and this index increased exactly in the northern regions,” he said, adding that enormous potential can still be seen in the South Kazakhstan and Kyzylorda regions as the number of cars per capita is still low despite the very high population density.

“We are now seeing the dynamics of the outflow of Kazakhstan buyers from Russia to the domestic market, because the Russian rouble is not discordant in relation to the tenge and there is no longer any sense in going to Russia,” he said, adding citizens are already oriented towards domestic carmakers.

Representatives of official Kazakh car brands made projections on the stabilisation of the situation in the domestic car sector after a series of economic upheavals including the global drop in oil prices and devaluation of the rouble and tenge.

“Renault started to work in the Kazakhstan market when new car sales sufficiently increased in the country, reaching 165,000 new cars per year. Despite a series of economic troubles in the state, we are very optimistic and plan to increase sales in the next five years,” he said in an Oct. 9 interview during the Third Astana International Auto Salon (AIAS 2015).